Accessibility links
Bangladesh's Powerful Garment Sector Fends Off Regulation The deaths of hundreds of workers in Bangladesh are taking place in a garment sector that has seen explosive growth over the past three decades. Amid market pressures to cut prices, the country has managed to lure clothing-makers through a combination of low wages and light regulation. 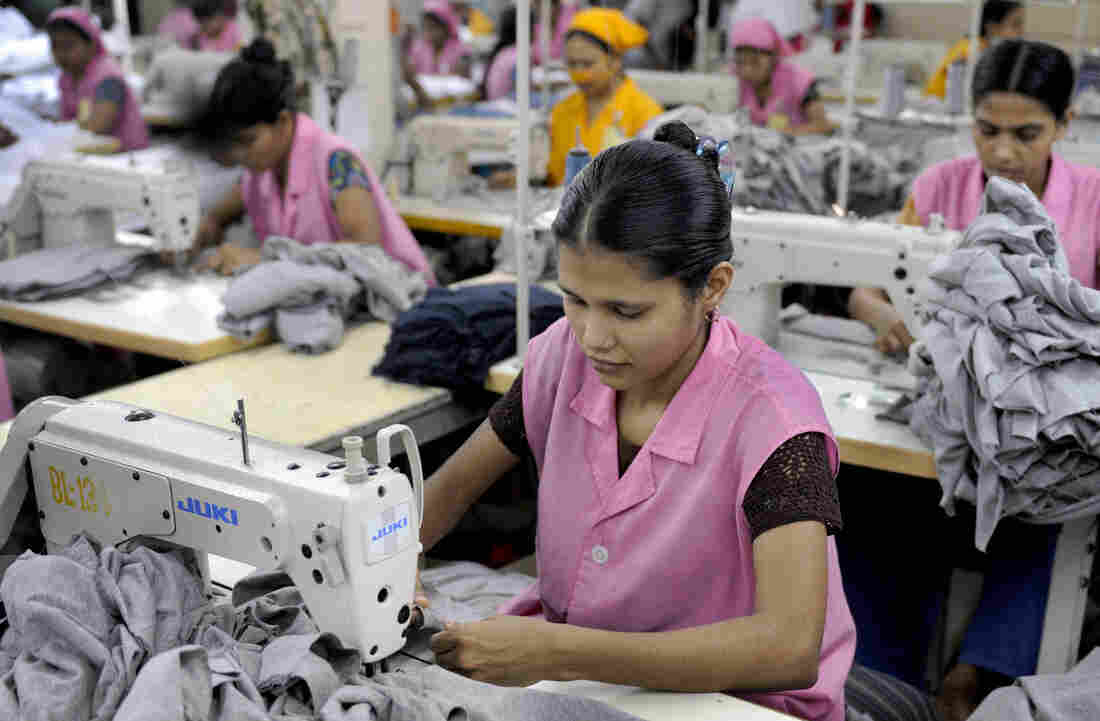 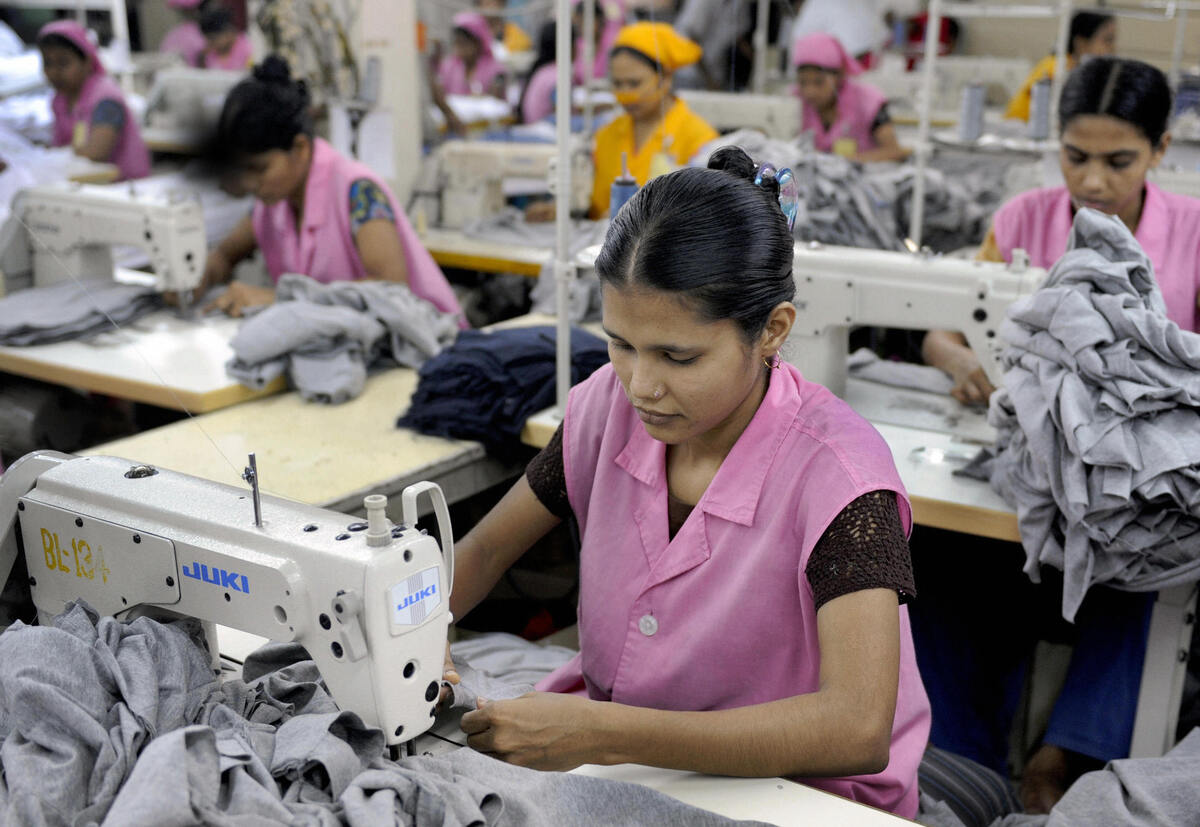 Garment workers sew T-shirts at a factory in Dhaka, Bangladesh, in 2009. Bangladesh, the world's second-largest clothing exporter, has lured clothing makers through a combination of low wages and light regulation.

Eight people died Wednesday in a fire at a Bangladeshi sweater factory. This follows the much deadlier collapse of the Rana Plaza building, where more than 900 people died.

The deaths are taking place in a garment sector that has seen explosive growth over the past three decades. The country has managed to lure clothing-makers through a combination of low wages and light regulation.

As a manufacturing center, Bangladesh has little to recommend it. The roads are poor. There's no port to speak of. The electricity is notoriously unreliable. It's politically unstable.

The Lure Of Low Wages

And yet Bangladesh has become the world's second-biggest exporter of clothing, employing almost 4 million people. Clothing companies from all over North America and Europe manufacture in the country. Without question, a big part of the reason for its success is low wages, says Doug Miller, author of the book Last Nightshift in Savar.

"It's — with one or two exceptions — one of the lowest if not the lowest labor costs in the world," he says. "You're talking less than $40 a month."

Those wages have become especially attractive to clothing companies, now that pay is rising in China.

But cheap labor is only part of the reason for Bangladesh's growth as a garment center.

Mushfiq Mobarak, associate professor of economics at the Yale School of Management, says that in 1980 the United States had textile quotas — countries could export only so much clothing into the U.S. Mobarak says South Korea and Taiwan had already filled their quotas, so to get around them companies from those countries began opening factories in Bangladesh.

"You can trace back the history of the sector to exactly those employees who were hired by the South Koreans," Mobarak says. "They learned how to do this and subsequently they started up their own factories."

Today there is a vast network of some 5,000 garment factories in Bangladesh. Far more than any other low-wage country, it can churn out clothing quickly and cheaply. And companies there have largely succeeded in fending off unionization efforts.

But as clothing prices around the world have dropped, these factories have been under intense competitive pressure. Judy Gearhart of the International Labor Rights Forum says the pressure probably contributed to the tragedy at Rana Plaza.

"If those factories would have been able to call the brands and say, 'We have a crack in the building; we need to shut down,' I'm sure the brands would have said yes. But at the moment the way things are structured those factories can't do that because if they do that they'll lose the next order," Gearhart says.

Bangladesh has plenty of laws on its books to prevent tragedies like Rana Plaza. Mobarak says the powerful garment industry has been able to fend off attempts to enforce those laws.

"Many of the garment factory owners are also the politicians, which means that given that they are politically connected that's going to make it even harder for the government to crack down," Gearhart says.

All this has made for a combustible mix of competitive pressure and corner-cutting. But the tragedy of Rana Plaza has reverberated around the world, and there are already signs that clothing companies are growing more skittish about doing business in the country. That may end up forcing Bangladesh's garment industry to reform itself — something it has resisted until now.