Accessibility links
Pakistani Women Still Struggle For A Voice In Politics Women account for only 36 of the more than 4,000 candidates on the ballot in Saturday's parlimentary election. One of them, Naz Baloch, is following her father into politics, but acknowledges it's a rough-and-tumble game in a country where opportunities for women are limited. 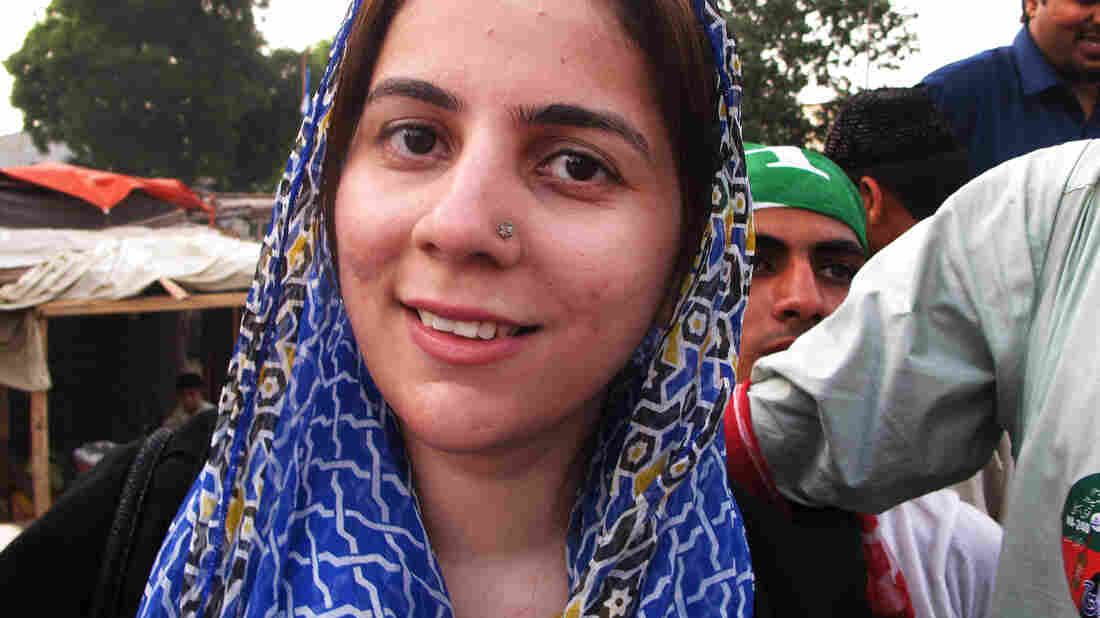 One of the few women competing in Pakistan's parliamentary election on Saturday is Naz Baloch, 33, a first-time candidate. She's the daughter of a politician, but is running for a different party than her father. Julie McCarthy/NPR hide caption 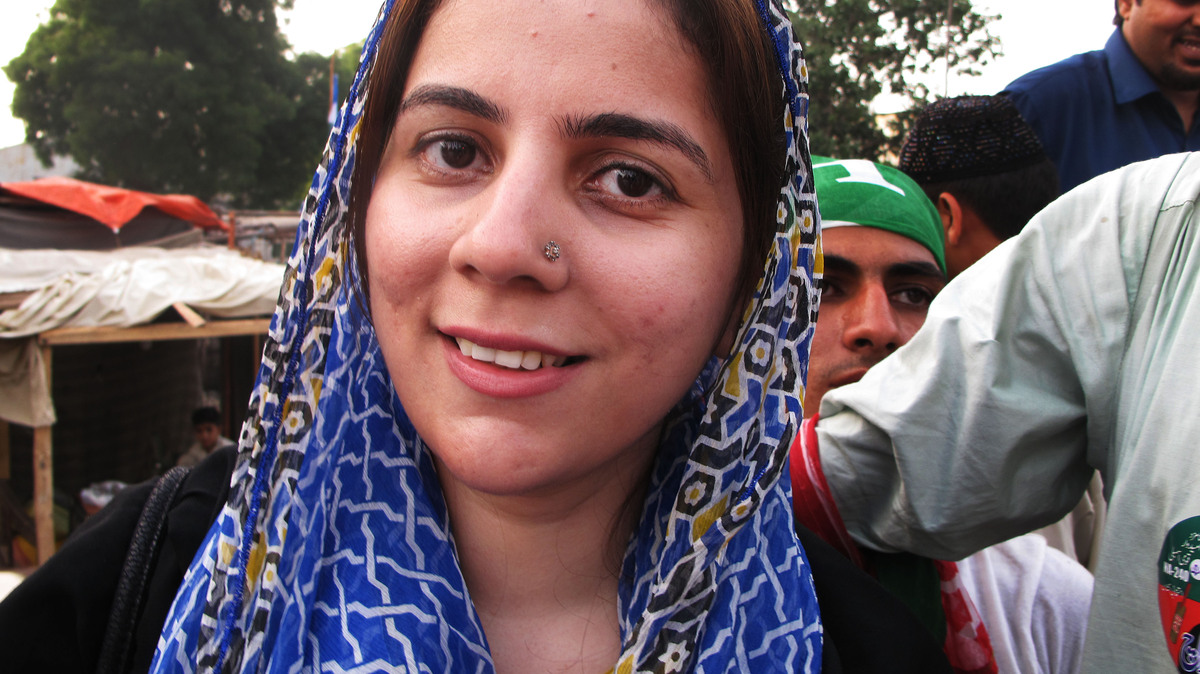 One of the few women competing in Pakistan's parliamentary election on Saturday is Naz Baloch, 33, a first-time candidate. She's the daughter of a politician, but is running for a different party than her father.

Flags of the competing political parties whip in the wind of seaside Karachi. But little else is stirring in this city of 18 million this day.

The MQM, a leading political party in the megacity, has shut Karachi down with a general strike in response to a deadly bombing at its election office. But as soon as the strike ends, the streets spring to life as if nothing were amiss.

Naz Baloch, a 33-year-old first-time candidate, stands on her sound truck, trailed by supporters wearing face paint, waving flags and excited about the election that is Pakistan's first transfer of power from one democratically elected government to another.

"Only you have the right to change the destiny of Pakistan. Use that right, use your vote. Send the message that Pakistan is yours. Vote the 'bat,' " she implores.

The "bat" is a cricket bat, the symbol of the party of Imran Khan, the former cricket star whose Movement for Justice promises to clean up the country's notoriously corrupt political system.

Baloch is one of just 36 women running in a parliamentary election that includes more than 4,000 candidates. The country has had a female prime minister, Benazir Bhutto, who served twice, but overall relatively few women have held powerful positions in the Muslim nation.

Baloch is the daughter of veteran politician of the Pakistan People's Party, the party led by Bhutto, who was assassinated in 2007. But Baloch has opted for Khan's party. The PPP has presided over Pakistan's national coalition the past five years, a time when the country has seen increased lawlessness — something candidates in Karachi know all too well.

Suddenly, and without out warning, there's a tense murmur from the crowd and Baloch declares it's not safe. She shouts to supporters on the truck to "lay down" out of harm's way as cars peel off in different directions.

It turns out to be a false alarm. But it demonstrates how this part of Karachi is on edge.

Baloch's father once represented this area in the provincial assembly. A loyal daughter, Baloch says her father — who's running again — is honest. But she also says that the party led by the Bhutto dynasty has betrayed the people's trust.

"There is no safety. There is no law and order situation. Safety is the basic need of the people. That is the prime responsibility of the state is to provide security to the common citizen. If you don't have safety — you don't have anything," she says.

Naz says the lack of security is a powerful disincentive for women entering politics. She is one of only five women in her party who have been given tickets to contest the election for the National Assembly. She says Pakistani women generally are not empowered and that Benazir Bhutto was the exception.

"There are women who do not have the right to vote. It's a very male-dominated society. They do not allow their wives, daughters, their sisters to even step out and vote," she says. "I'm trying to convince the men of this society you should respect women and let them come out for their rights."

Naz's party ignites passion among Pakistani youth, tapping into an antipathy toward the traditional parties. Supporter Mushtaq Yousufzai is enraged at the lack of clean water, electricity and gas.

"This is the time to change," he says. "It doesn't matter if we win or we lose, we will punch the foundation of this corrupt society."

Kashif Wali, 19, says electing women is key to that change, not only for Pakistani society but for the women themselves.

"Women are facing a lot of problems," he says. "We often hear about acid-throwing incidents, we hear about domestic violence, so if women are sitting in parliament, they know their problems very well and will play an effective role in that capacity and they will try to stop it."

Baloch seems at ease on the stump and says she's not been physically threatened.

Still, she says, "coming into active politics is a big challenge, especially in Pakistan in these circumstances. It is a big, big challenge."