Accessibility links
'It Led Us On A Journey': The Musical World Of 'The Great Gatsby' In overseeing the new film's soundtrack, music supervisor Anton Monsted says he hoped to create a "sliding door" effect between the Jazz Age and the hip-hop era. 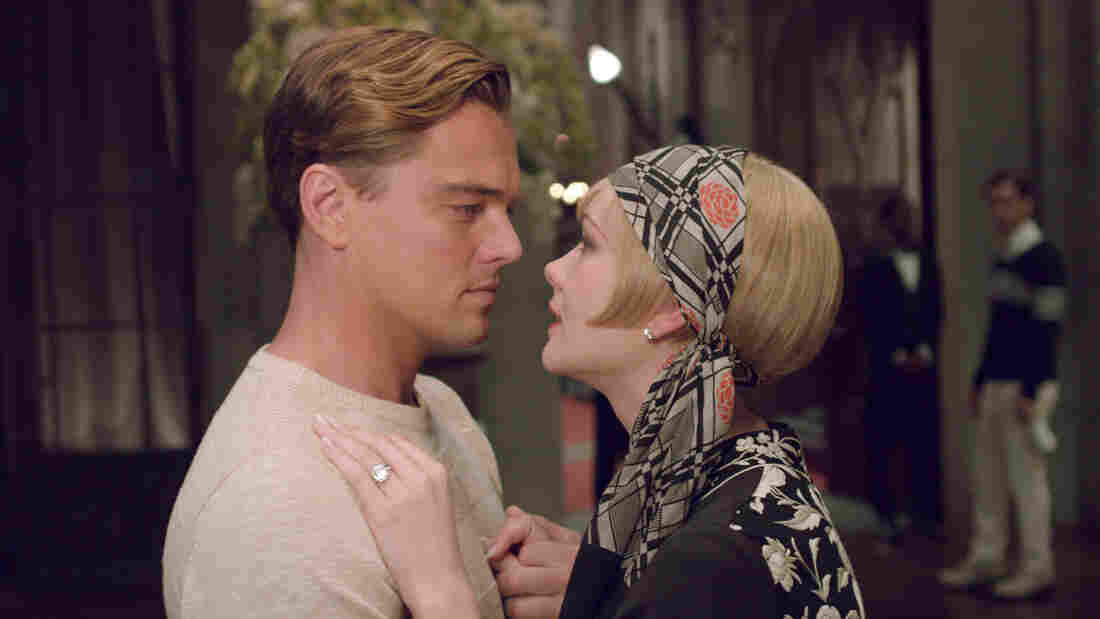 Leonardo DiCaprio and Carey Mulligan star in Baz Lurhmann's adaptation of The Great Gatsby — but the new film's music is so bold it may as well be a character, too. Courtesy of Warner Bros. Picture hide caption 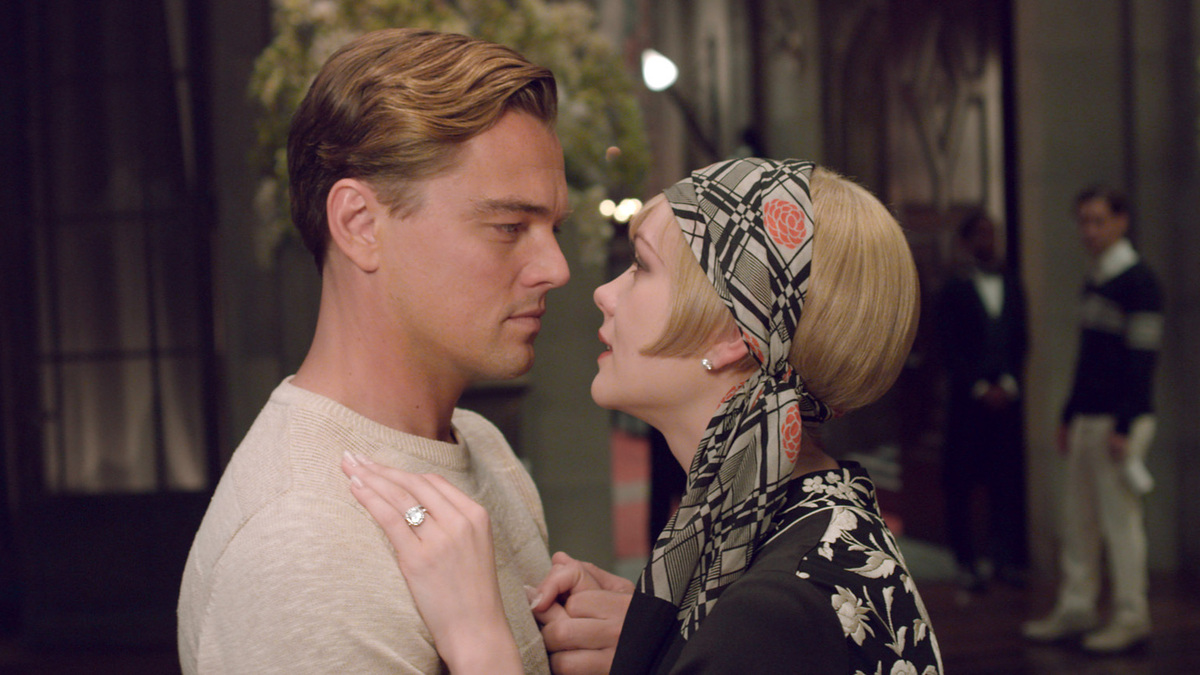 Leonardo DiCaprio and Carey Mulligan star in Baz Lurhmann's adaptation of The Great Gatsby — but the new film's music is so bold it may as well be a character, too.

When movie director Baz Lurhmann got his hands on F. Scott Fitzgerald's The Great Gatsby, a 21st century-Jazz Age mashup was inevitable. Vivid, anachronistic style is standard in Luhrmann's films: His take on Romeo + Juliet was a Technicolor fever dream for the MTV generation, and Moulin Rouge put Verdi's La Traviata through a genre blender.

The music of those films, and of The Great Gatsby, is so bold and so omnipresent that it might as well be a character. The man who curated the sound of them all is Gatsby's co-producer and music supervisor, Anton Monsted. He recently spoke with NPR's Audie Cornish; Hear the radio version at the audio link and read more of their conversation below.

The executive producer of the film's soundtrack is Jay-Z; his song "$100 Bill" opens the album. What about hip-hop lends itself to Gatsby's world?

It comes out of our research. What Fitzgerald references both in The Great Gatsby and in a lot of his other writing is the popular music of his day. He coined the phrase "The Jazz Age." What really set us thinking about how to attack this storytelling musically this time was, what's the music that speaks to us in the way that jazz and popular music spoke to Fitzgerald at the time when he was writing the book? And that led us on a journey. It led us on a journey to the music of New York, and of course that led us to hip-hop, and when you start talking about hip-hop you are inevitably drawn to Jay-Z. He brought this song to us and we put it up to picture, and it was fantastic. We knew we had something special.

And there are songs on the soundtrack that speak directly to ideas or lines from the book. I'm thinking of "Over the Love" by Florence + the Machine, which refers to that green light that Gatsby sees across the bay. What's the process behind a song like this, where someone is really sitting down and writing something connected to the work? Do they get to see the movie? Do they get to see the script?

Well, this is an example of the kind of collaboration that is unusual and very particular to Baz's work process. He showed Florence [Welch, bandleader and songwriter] a scene from the film, the scene that this song is used with. And Florence immersed herself in the words of the novel and in themes of the novel. And I think she's come back with a song that speaks very much emotionally to the scene in which it's used.

And describe that scene for us.

It's the end of the first party, when Nick Carraway — who we've just learned, for a man of nearly 30, he's only been drunk twice in his life — he's been opened a window in the phantasmagorical world of his neighbor, Jay Gatsby. ... And he's now lying, inebriated and looking a little lost, in a large map room that's hung with classical paintings. And there's a very forlorn woman in a red dress crying and singing on the piano. And that's where Florence comes in.

When I listen to a song like "Love is the Drug" by The Bryan Ferry Orchestra, this gives me a little bit more of a ragtime, jazz feeling.

It sure does. It's funny, this is a Roxy Music song that Bryan Ferry had great success with in the 1970s. And to hear him coming back to it 30 years later in the guise of a 1920s jazz crooner — it probably speaks to our collaboration with The Bryan Ferry Orchestra and what we were trying to do. What we were trying to do musically was create the effect of, almost, sliding doors between very contemporary sounds and sounds that the characters in the film would have heard realistically at the time. As the movie plays out, many of the songs which appear in their pop incarnation on the soundtrack — they've got a sort of "twin brother," if you like, in Bryan Ferry's jazz version. So we repeat songs, we repeat tunes, we set up musical motifs. And much as you do in an opera, I think, we twist them, we turn them, we use them as score, we use them as jazz, or we use them in an modern interpretation.

I want to talk a little bit more about your background; you've been working with Baz Luhrmann since the 1990s. Is it true that you were an intern on Romeo + Juliet before you became the music supervisor?

I'd started out as an intern, and I just had an unusually lucky run of events. Baz was just starting down the road of making this ambitious, modern-day adaptation of Romeo and Juliet. He'd identified a young actor named Leonardo DiCaprio, who he was flying out to Sydney to do a script workshop. Leo and I are fairly close in age, so I had the good luck to become part of that little circus. In those days, and I suppose it carries true to today, we all seemed to wear more than one hat. I was Baz's assistant by the time the film was shooting, and then got very involved in the music as we went through into post production.

Some critics of Baz Lurhmann's films have said the music can overwhelm the films, or give them the feel of a music video. What's your response to that?

Look, I think it's a fair criticism. It think it's also — it's a question of taste. I think Baz has made enough movies now for the sort of informed cinema-going audience to know, roughly, what they're in for when they go and see one of his films. And he uses music in a way that, I think, not many other directors do. I think he uses music in a very in-your-face way, in order to try and propel and articulate and bring greater emotional depth to the storytelling. But if you're into very realistic films, then you're probably not going to enjoy this particular style or this way of using music, because it is in your face. I think it's unashamedly in your face.