Accessibility links
Sequester Has Air Force Clipping Its Wings Automatic budget cuts have pushed Air Force bases to slash their flying budgets even though it means grounding pilots and reducing readiness. The cancellations are boosting the arguments of those who want the military excepted from sequestration cuts. 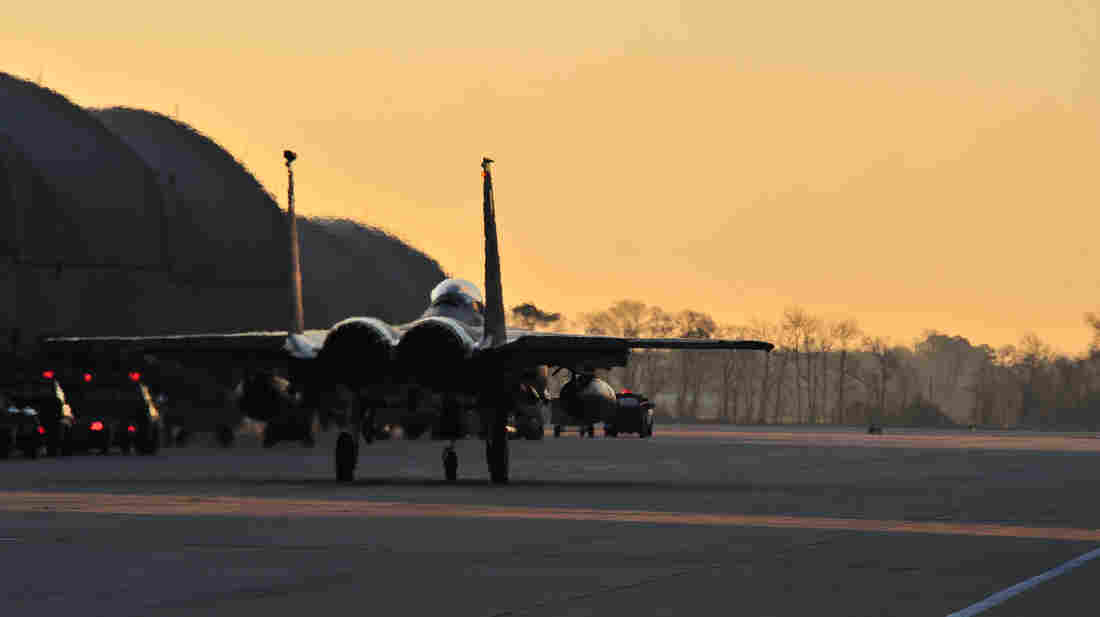 To save money, Seymour Johnson Air Force Base in North Carolina is keeping some of its pilots out of the sky. Airman 1st Class Aubrey White/U.S. Air Force hide caption 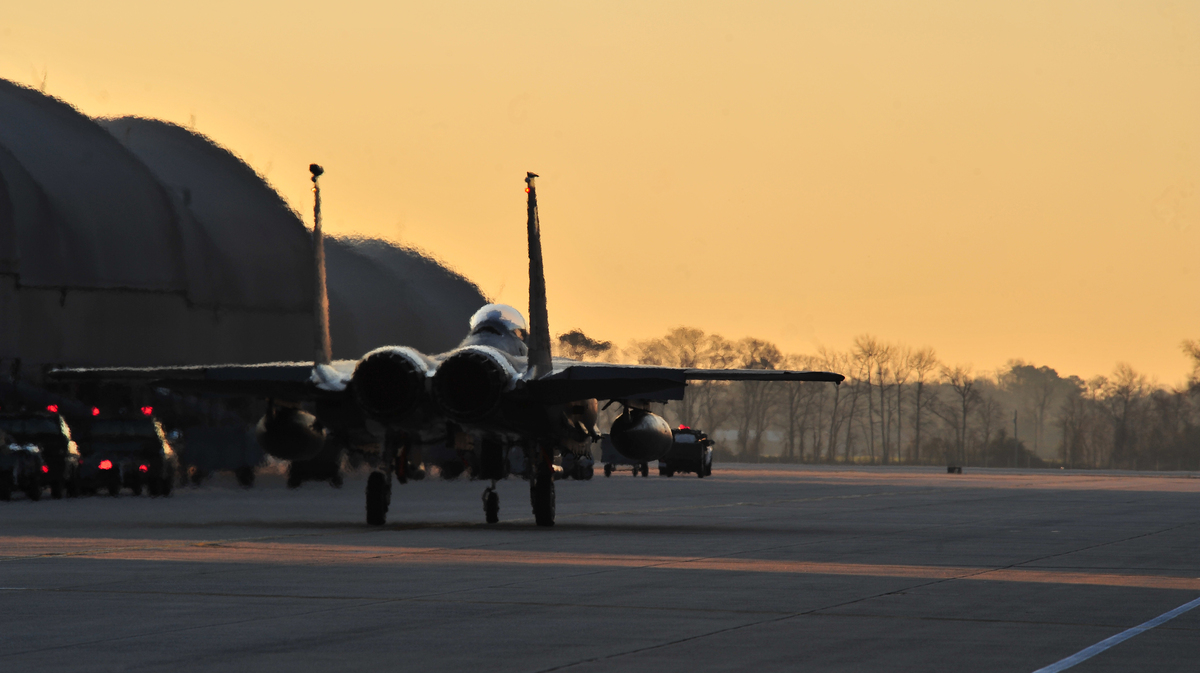 To save money, Seymour Johnson Air Force Base in North Carolina is keeping some of its pilots out of the sky.

The Pentagon says the automatic budget cuts known as sequestration could leave the U.S. with a military that is simply unprepared for the most challenging combat missions. Secretary of Defense Chuck Hagel told Congress in April that the military is eating its seed corn.

"The cuts will fall heavily on maintenance and training, which further erodes the readiness of the force and will be costly to regain in the future," he said. "As the service chiefs have said, we are consuming our readiness."

The Air Force says it's in a special bind. Cuts in flying hours mean that pilots can't do the thing they need to practice most: flying.

At Seymour Johnson Air Force Base in North Carolina, training flights are part of the daily routine. F-15 fighter jets roll down the flight line and launch into a cloudy sky.

The base is home to the Air Combat Command's Fourth Fighter Wing, which is made up of four squadrons of fighters. They practice and practice so they can be ready to deploy anywhere in the world, at any time.

But the skies are a little quieter now because the leadership has been told to save money. 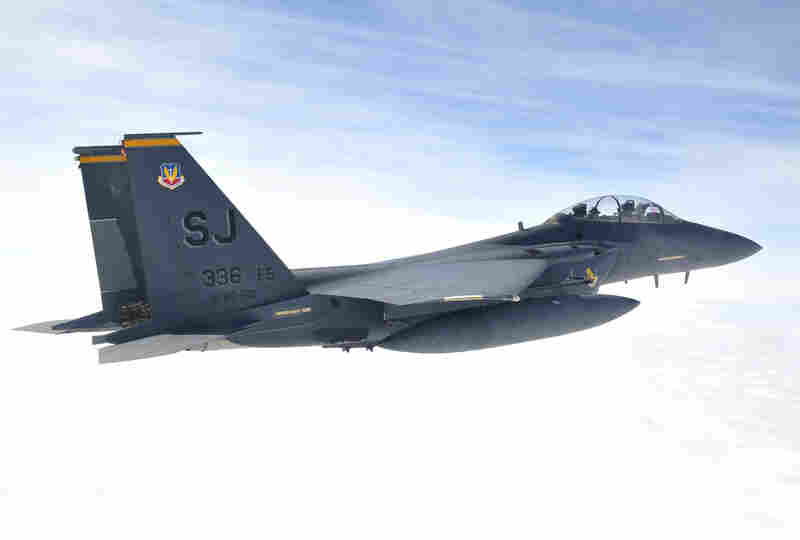 "We were told to cut our flying budget roughly in half," Lt. Col. James Howard says.

Because of that order, Howard says, he had to ground the 336th Fighter Squadron so that the other units on this base could keep flying.

The tricky thing for Howard is that the longer his pilots remain idle, the longer it will take for them to get ready to fly again. Fighter pilots must fly and drill their skills on a regular basis, from dogfighting to helping ground troops under fire. Otherwise, they lose their certification.

"All those skills are extremely perishable," Howard says. Most pilots, he says, are required to do eight to nine flights per month to maintain readiness status.

Some Pentagon budget hawks say these complaints are just part of the military's propaganda effort to avoid budget cuts. They say the military is hoping to win sympathy by deliberately cancelling high-profile programs, like appearances by the Blue Angels and Fleet Week in New York.

The cancellations make it easier for Pentagon-backers like Republican Sen. John McCain to argue that the military should be protected from these automatic cuts.

On Meet the Press last month, McCain said Congress should do for the military what it did for the Federal Aviation Administration after travelers complained about flight delays caused by budget cuts.

"I think we have our priorities a little bit skewed here. Look, I'm for giving the FAA flexibility, but I also want to give the military flexibility. And I don't want the sequestration cuts to be as deep as they are on national defense," McCain said.

The problem right now is that Washington still looks at sequestration as a temporary problem. Todd Harrison, a senior fellow at the Center for Strategic and Budgetary Assessments, says Congress and the military are banking on the chance that next year the budget will be back to normal.

"You may be willing to make a strategic choice and say, 'I will accept a lower level of readiness for some period of time just so that I have the option of turning back on that readiness quickly and having all of these aircraft and these pilots ready to go,' " Harrison says.

In other words, it could be better to ground a few pilots now, hoping you won't have to make permanent cuts, like having fewer pilots or fewer planes.

The Pentagon hopes to get limited relief soon by asking Congress for permission to shift money around in order to protect top priorities like flying time. But the long-term solution is a budget deal — which isn't even visible on the horizon.