Accessibility links
'The Cooked Seed': A New Memoir From 'Red Azalea' Author Anchee Min Anchee Min's new book, The Cooked Seed, picks up 20 years after the end of her bestselling memoir Red Azalea, as Min arrives in America with little money and no English. After persecution in China, Min describes art school in America as "a strange environment, very surreal." 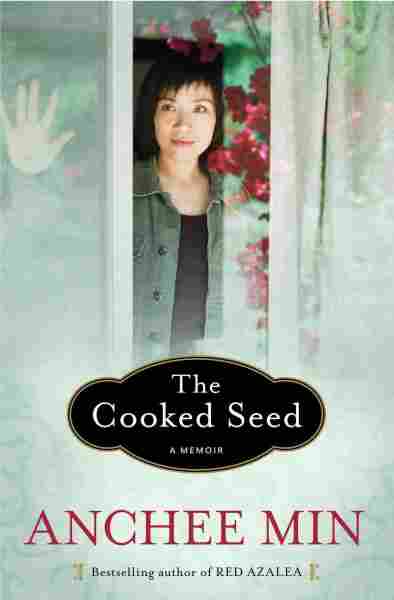 Anchee Min's best-selling memoir Red Azalea told the story of her youth in China during the Cultural Revolution. Her followup, The Cooked Seed, picks up nearly 20 years later as she arrives in America with $500 in her pocket, no English and a plan to study art in Chicago.

Min tells NPR's Rachel Martin that her life in China ended because of her relationship with Madame Mao, a former actress and the wife of Chairman Mao Zedong.

"She handpicked me to train me to play in her campaign movie to take over China after Mao, and after she was arrested, I was considered her trash, and I was denounced, and was like a cooked seed — I would never have a chance to sprout," Min recalls. "The next eight years, I worked as a 'borrowed worker' from the labor camp, and then menial jobs, and I just saw no future. I was not allowed to go to school, and my salary would be $5 per month."

"And then one day I got a letter from my friend, the actress Joan Chen, and she was in America, and a lightbulb just went off. I wrote to ask her if I ever could have a possibility to come to America, and I thought I had nothing to lose by asking. And I didn't speak English, but I was willing to work hard."

On deciding to go to the Art Institute of Chicago

"Nobody would take me without having me demonstrate English language efficiency — it's called a TOEFL test — and I didn't speak English. So Joan Chen suggested, do you have any talent, like art. And I grew up painting Mao murals, so I just submitted some of my artworks. I mean, it's a really rough, in China it's considered no good, but the Art Institute thought I had potential. But still, I couldn't fill out the application form. For example, I didn't even know which one to circle, male or female, on the item of sex. So I took the application to a friend, and the friend filled out the form for me."

On her perception of American art school life 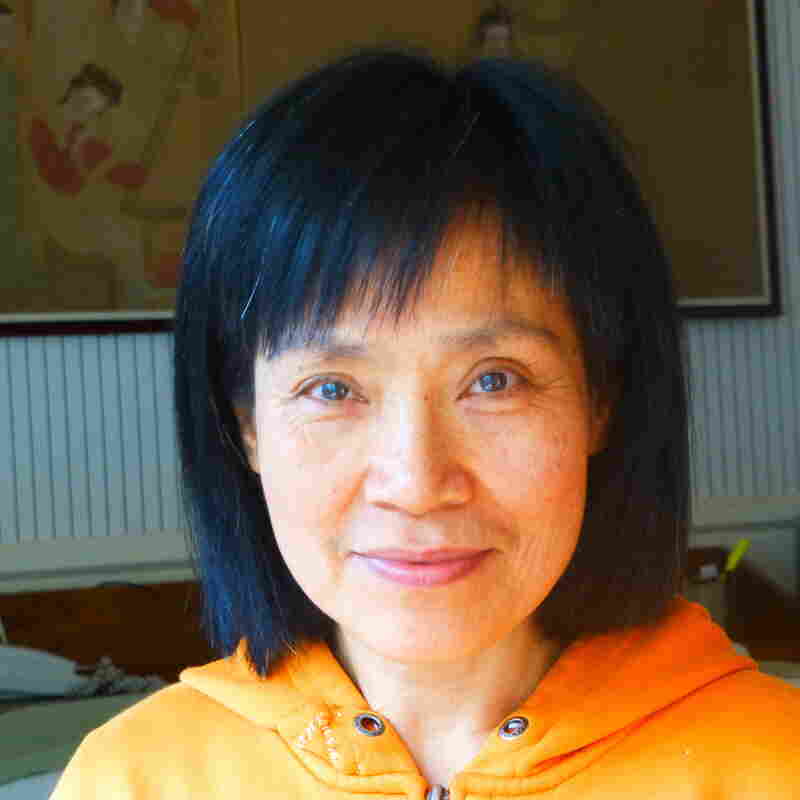 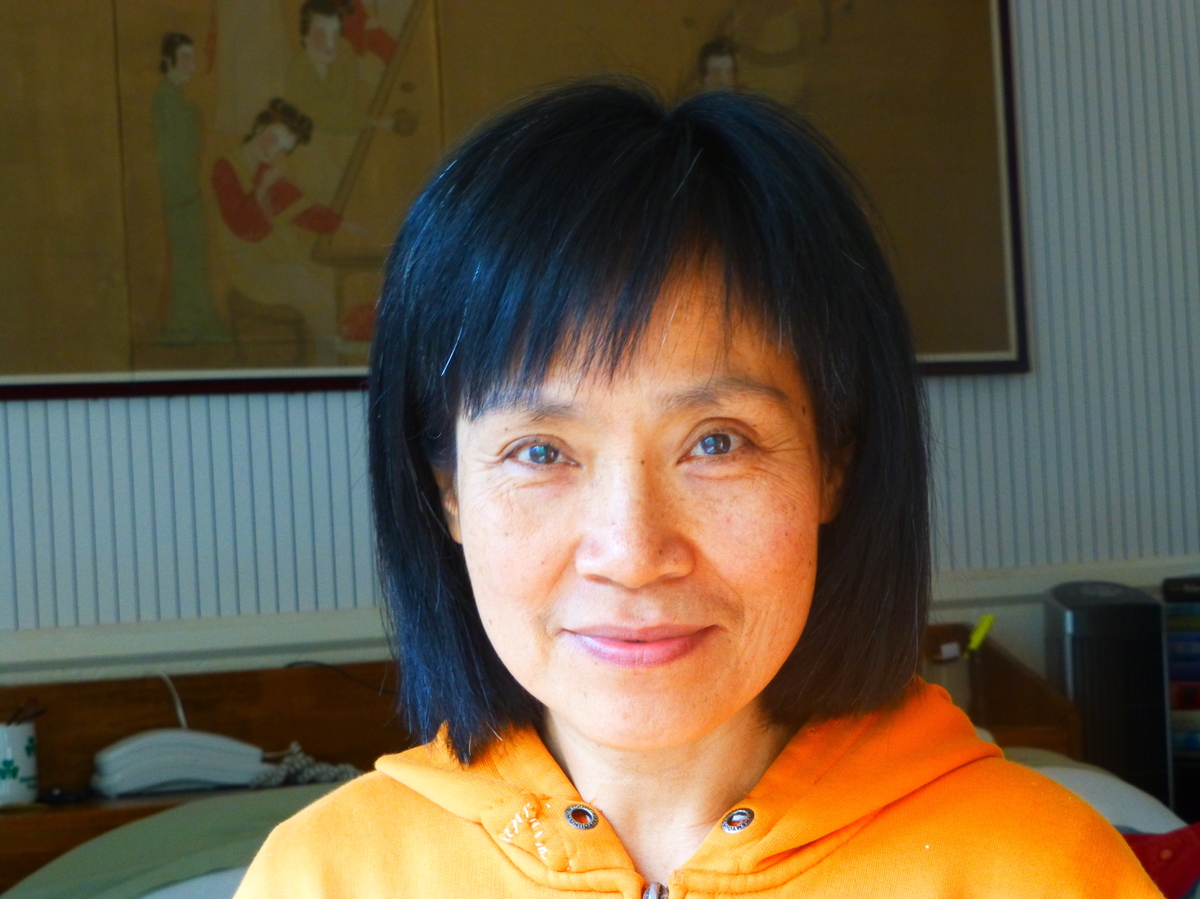 Anchee Min is the author of one earlier memoir, Red Azalea, and six novels.

"To be able to do art, it was a luxury to me. My focus was to survive here, and seeing American students — one was particularly shocking to me ... this student was literally trying to commit suicide, he was hanging himself. I thought, in the labor camp, I knew what it was like praying to die, why this American student, young person who is blessed with freedom, and his pain was so unbearable that he had to end his life. And of course the department chair eventually got involved, and he survived. And also the burning of American flag, and also the portrayal of a mayor of Chicago, [Harold] Washington, they painted him with a bra, and I did not understand what [the] mayor did to deserve this. So it's a strange environment, very surreal."

On low points in her life here, including being raped by an acquaintance

"I just feel like, as low as I went, it's my own fault, even with the rape. And I feel like little things that Americans did to me, for me. For example, my friend ... American classmate who I called in the middle of the night, about one o'clock after I ran off, and she came and she says, 'Did you call 911? Do you want me to call 911 for you? I'm taking you to a police station. Don't act like it's your own fault. You're in America and you have your rights.' All these things, the little things, it just warmed my heart and it kept me going."

On becoming a writer

"At the beginning, I just wanted to get a job. I understood that without English I would never get far, so my dream was to become a receptionist, and so I started to learn English from watching Sesame Street. And in the meantime, at the school they were giving me English 101, beginning with Virginia Woolf, that was the first person I encountered. I counted that one page has 200 words, and each line has 13 words, out of 13, 10 words I had to look up in the dictionary. So I never took off my clothes at night to save time."

On raising her daughter

"I was dealing with an American child. The first thing she said to me that really shocked me was, 'Mom, I don't want my tomato to touch my potato.' The self was a very strange concept to me until I came to America, and my child was born with that entitlement, and that just thrilled me. But of course, that's a sunny, positive side. The negative side was that Lauryann was born in Chicago and she was the child of an immigrant, new immigrant. She had to help, and sometimes I feel that, you know, am I depriving her from the American childhood that she deserved. ...

"But now, I'm looking back in retrospect, it's worth it, cause she really learned the reality. Because of that background, learning to live at the bottom of society, she had a very different perspective than other American children, I guess."

On her close relationship with her daughter

"She was the person who taught me that she would not want any sugar coating on this memoir. She says, 'I deserve your honesty, and you have a platform. Your experience is going to give voice to millions of those who don't have a voice,' and I just thought that we have gone so far. My grandmother had bound feet. My mother, when I asked her about love, she gave me three words — 'shame on you' — because in my culture, you're not supposed to talk about it. Here ... my daughter can talk to me. I do see myself transforming. I broke down crying when I learned she was a girl — I didn't realize, I was so corrupted by my culture and society, my core value was corrupted. And now she's turned out, she's proved me wrong. And I'm just thrilled."

Read an excerpt of The Cooked Seed