Accessibility links
First Listen: Piñata Protest, 'El Valiente' The band embraces the century-old traditions of Mexican music its members encountered while growing up in south Texas. But it also freshens classic sounds with an ear toward punk energy and reckless, intense power. 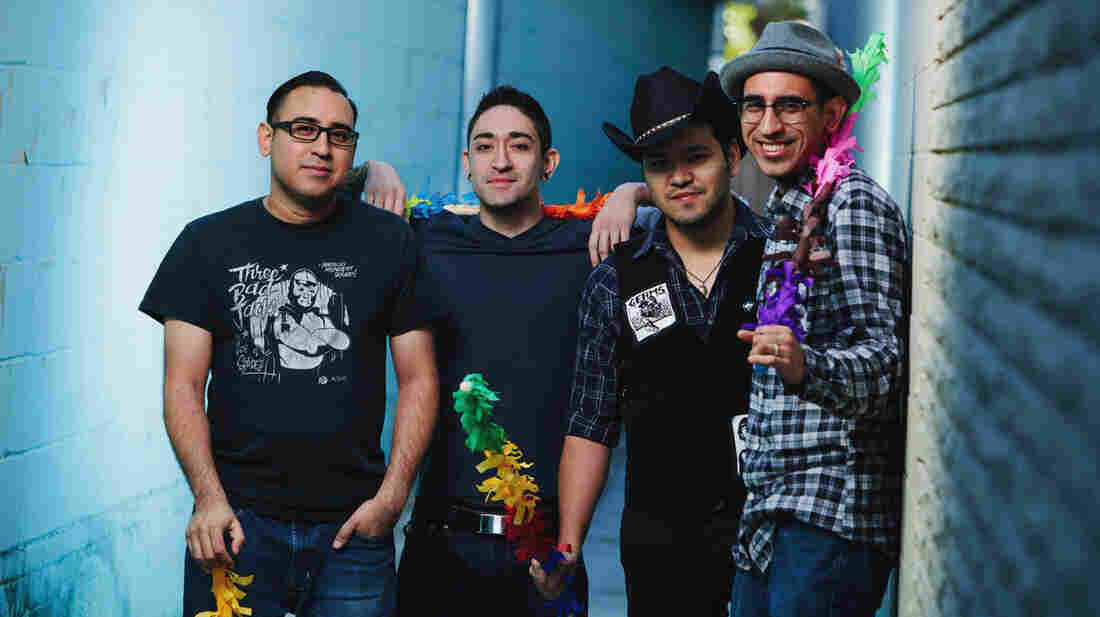 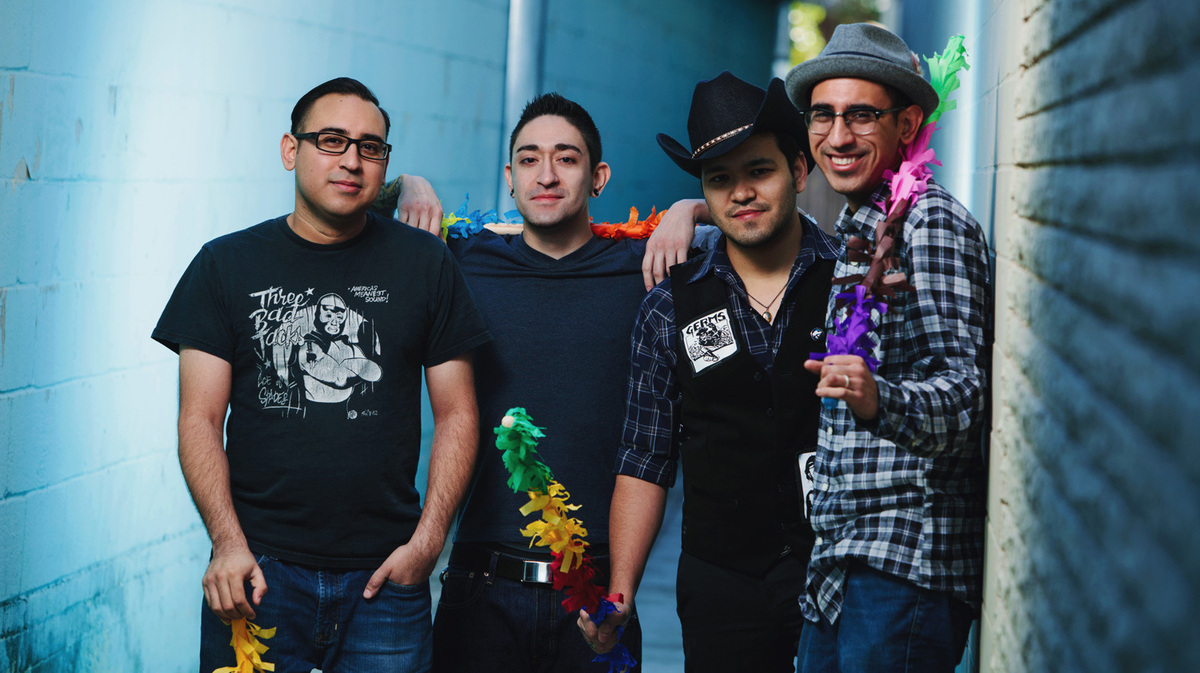 I was in high school, playing drums in a band with some pals in the mid-'70s, when I got a call from my uncle: Would I like to play a couple of dates with his norteño band over the summer?

While my drumming skills were decidedly high-school-level in terms of the rock and pop music of that era, I thought to myself that I was good enough for the two-step waltzes and cumbias that are a staple of accordion-fueled dance parties all over the Southwest and northern Mexico.

During that summer of 1976, in some nameless cantina somewhere in northern California, I discovered that rock 'n' roll and norteño actually had a lot in common: Both project raw, reckless, intense power that celebrates life, and both are meant to move butts onto the dance floor.

Which, in turn, explains why the new album from the young San Antonio band Piñata Protest sounds so natural. Its members project that same energy throughout throughout El Valiente, but with more of a punk aesthetic; the whole thing begins and ends in the span of less than 20 minutes. But, while punk was built on the idea of ignoring (if not destroying) all that came before it, Piñata Protest embraces the century-old traditions of Mexican music its members encountered while growing up in south Texas.

El Valiente (out May 21) includes a great morning-after song that celebrates living life today while anticipating regret tomorrow, as well as a track that examines the realities of living along the U.S./Mexico border. But one of the biggest joys of the album and this band is how they transform everyone's favorite ranchera song — "Volver, Volver" — into an over-the-top punk rave-up that makes me want to stage-dive into a pit of cowboy hats and big belt buckles.

Of course, ranchera fans know their way around cowboy hats and big belt buckles, and the guys in Piñata Protest rock their tattoos and cowboy hats as seamlessly as their music spans cultures and genres. That's the ultimate lesson of El Valiente: that the combination of accordions and punk represents an organic expression of the bicultural life lived by millions across this country.