Accessibility links
Interview: Melissa Mohr, Author Of 'Holy Sh*t' Curse words change over time — back in the ninth century you could say the "s" word and no one would be offended. But we always need a set of words that are off-limits, and in her new book, author Melissa Mohr explains how the words that shock us reveal a lot about society's values. 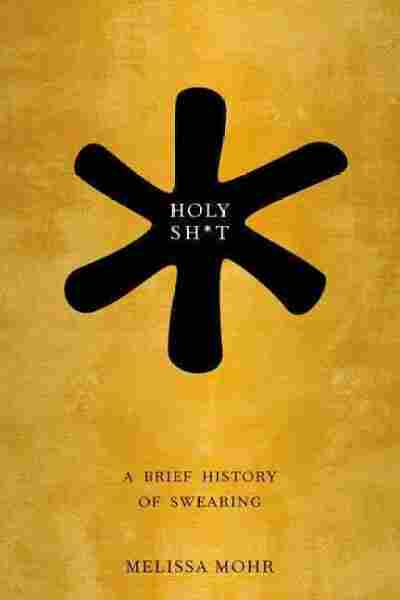 A Brief History of Swearing

If you said the "s" word in the ninth century, you probably wouldn't have shocked or offended anyone. Back then, the "s" word was just the everyday word that was used to refer to excrement. That's one of many surprising, foul-mouthed facts Melissa Mohr reveals in her new book, Holy S- - -: A Brief History of Swearing.

Though the curse words themselves change over time, the category remains constant — we always have a set of words that are off-limits. "We need some category of swear words," Mohr says. "[These] words really fulfill a function that people have found necessary for thousands of years."

Mohr joins NPR's David Greene to talk about curses through the ages and how the words that offend us reveal a lot about society and its values.

On why we swear

"People swear for lots of different reasons, but the main three are for catharsis, to relieve pain and frustration, and also to ... express happy emotions. They swear to insult people; and swearing can be a way of bonding. Different groups of people will swear ... as a way of sort of bonding together against other people. ...

"People have done studies about workers versus management — and the workers sort of swearing together whereas the people on the management level have a more 'refined' sense of diction and don't swear. The sort of canonical example is from Randall L. Kennedy's book which I can't say — the N-word — where he talks about African-Americans using the N-word in a positive way to sort of bond together."

On words that some people can 'get away' with saying

"You see it with epithets. Where if you are a member of a stigmatized group you have a right to use that word whereas ... anyone else not in that group can't."

"It only really started to become obscene, I would say, during the Renaissance. ... It basically involves increasing privacy. In the Middle Ages ... when that word wasn't obscene, people lived very differently. The way their houses were set up, there wasn't space to perform a lot of bodily functions in private. So they would defecate in public, they had privies with many seats, and it was thought to be a social activity. That you would all get together on the privy and talk while you did this. ... As the actual act became more taboo because you could do it in private now ... the direct word became taboo."

On swears that shocked people in the Middle Ages

"In the Middle Ages a phrase like 'Oh my God' or 'By God' or especially 'By God's bones' were really, really shocking, offensive. And especially the body part ones. So people would swear in these incredibly creative ways: ... 'By God's nails,' 'By Christ's bones,' 'Christ's precious blood.' And these were believed to actually be able to injure Christ, because in Catholic tradition, when Christ died he ascended into heaven and then his physical body sits up at the right hand of God and when you would say one of these body part [swears] it was thought to actually be able to break his bones or pull out his nails."

"I think what you really can't say are the racial slurs and epithets that sum up people in some way. ... I think that's a good sign that we are becoming more considerate of other people and that as a society think, 'Oh gosh actually saying this derogatory word about someone is hurtful.' ... I think it's positive."