Accessibility links
For Tax-Exempt Groups, How Much Politics Is Too Much? The IRS is under fire for directing additional scrutiny toward conservative groups seeking 501(c)(4) status. But the controversy reveals a question with no clear answer: Precisely what are so-called social welfare organizations allowed to do in electoral politics? 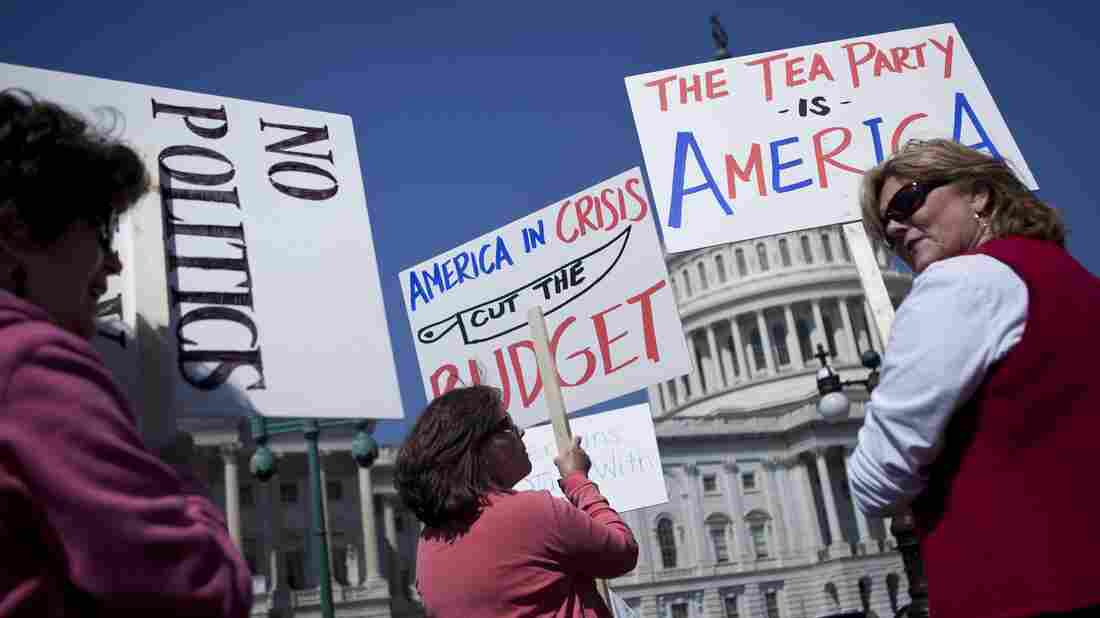 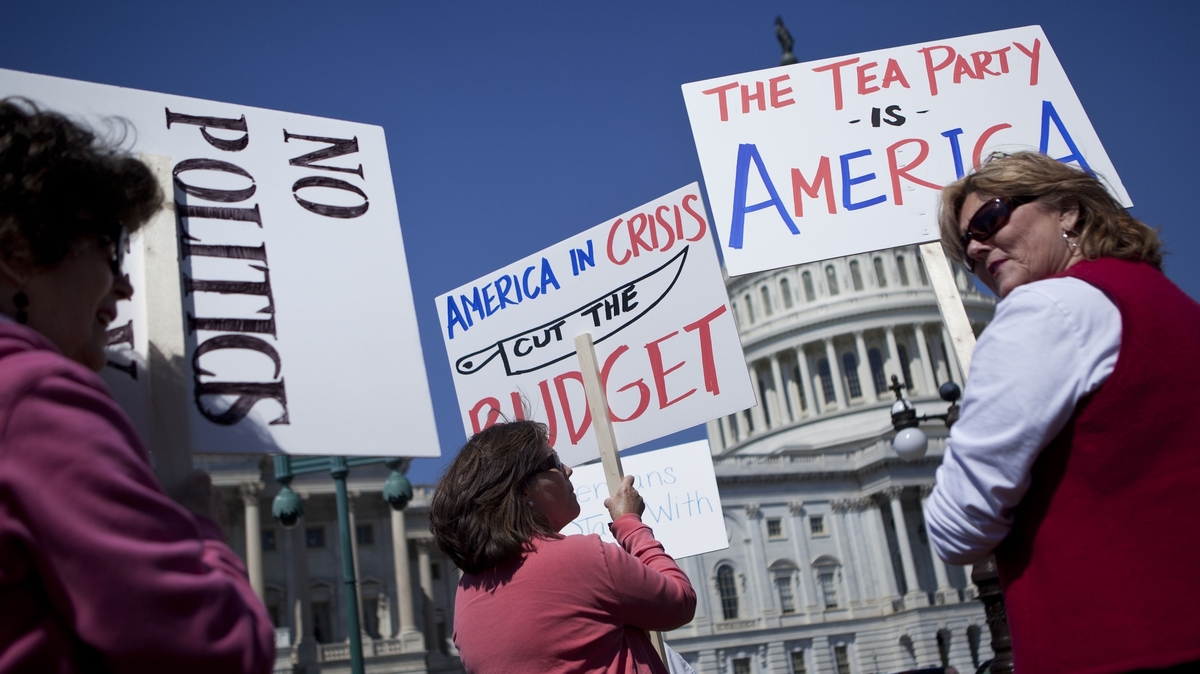 Tea Party activists gather on Capitol Hill in 2011. A surge in applications for 501(c)(4) status in recent years has revealed sometimes murky and contradictory rules governing the political activities of tax-exempt groups.

President Obama expressed outrage Monday over the Internal Revenue Service's admission that it targeted certain conservative groups for extra scrutiny. By the time the president weighed in, members of both parties in Congress had already begun preparing hearings to grill IRS officials on the issue.

The controversy is rooted in a question neither the IRS nor Congress has answered clearly: Exactly what kind of political activity is allowed for tax-exempt groups — particularly those with secret donors?

The problem began in 2010, with a surge of groups seeking tax-exempt status following landmark federal court rulings on campaign financing. At the same time, the Tea Party movement was going full throttle.

Many new groups filed for tax exemption under section 501(c)(4) of the tax code, which governs what are known as "social welfare" organizations. The rules for these groups allow them to spend up to 49 percent of their money directly attacking or promoting candidates for office.

With the Supreme Court's Citizens United decision in January 2010, corporations could now give freely to finance such groups.

Faced with the surge of applications, the IRS culled those it considered problematic, including 75 targeted simply because the groups used words like "Tea Party" or "Patriot" in their names.

Alan Dye, a Washington lawyer representing a half-dozen of those groups, says what happened next was atypical.

"In most cases, you could usually count on getting an answer — an exemption or a denial, and almost always an exemption letter — within about nine months of filing the application," Dye says.

But instead, he says, he got a much longer questionnaire than usual.

And now, 30 months later, "nothing has happened," he adds.

Dye says he's been trying to reach the IRS agent assigned to the case over the past several days but has not received a callback. The agency, he says, should not have targeted his clients.

"Mostly they're involved in grass-roots organizing for legislative change, which is exactly what a [501(c)(4)] organization is supposed to do," he says. "That's what the category is intended for."

But that's also where the confusion starts.

"It's hard to even imagine an explanation for that that isn't based on political bias, at least," says Richard Schmalbeck, a professor of tax law at Duke University Law School. "And yet, there is such an explanation."

In brief, there are three big categories of tax-exempt groups. Those under section 501(c)(3) are charities engaged in charitable work. They're allowed to do only minimal political activity. At the other end of the spectrum are Section 527 organizations. These are purely political and are required to disclose their donors. In between are 501(c)(4)s. They can do issue advertising and some campaign politics, but not too much.

The basic IRS rules on all this go back 60 years, with updates that are sometimes contradictory.

"Having read it myself, I have to say it's less than crystal clear what this is," Schmalbeck says.

In this case, he says, the IRS doesn't "seem to have been very sensitive to the optics, to the high sensitivity that people have about abuse of IRS powers and the legacy of President Nixon using IRS audits in an effort to harass political enemies," he says.

But ever since 2010, the 501(c)(4) category has swelled with groups that have electoral politics on their minds.

"It would be good to establish a clearer test," Aprill says. "But it would be best — and perhaps only possible — not right near a campaign."

So don't expect any bright new lines to be drawn too soon — especially not right near a congressional investigation.