Accessibility links
Vampire Weekend: New Sounds Signal The End Of An Era Singer Ezra Koenig says the band's new album, Modern Vampires of the City, is the final part of a trilogy — and the product of a lot of reflection on time and aging. 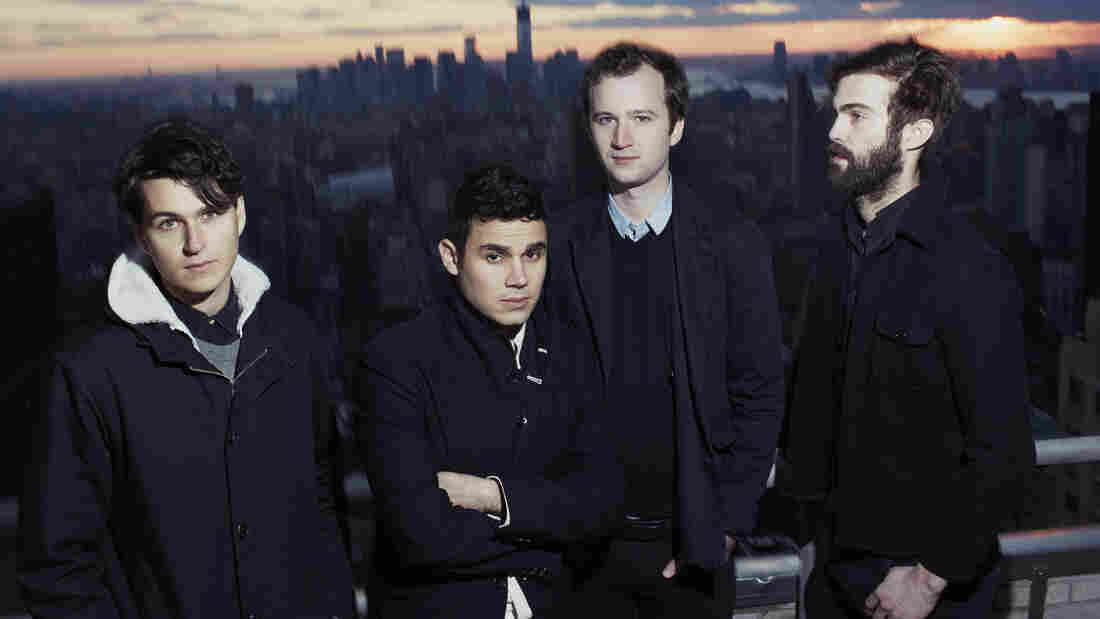 Vampire Weekend's third album is titled Modern Vampires of the City. Singer Ezra Koenig (far left) says he sees it as the closing chapter of a trilogy. Alex John Beck/Courtesy of the artist hide caption 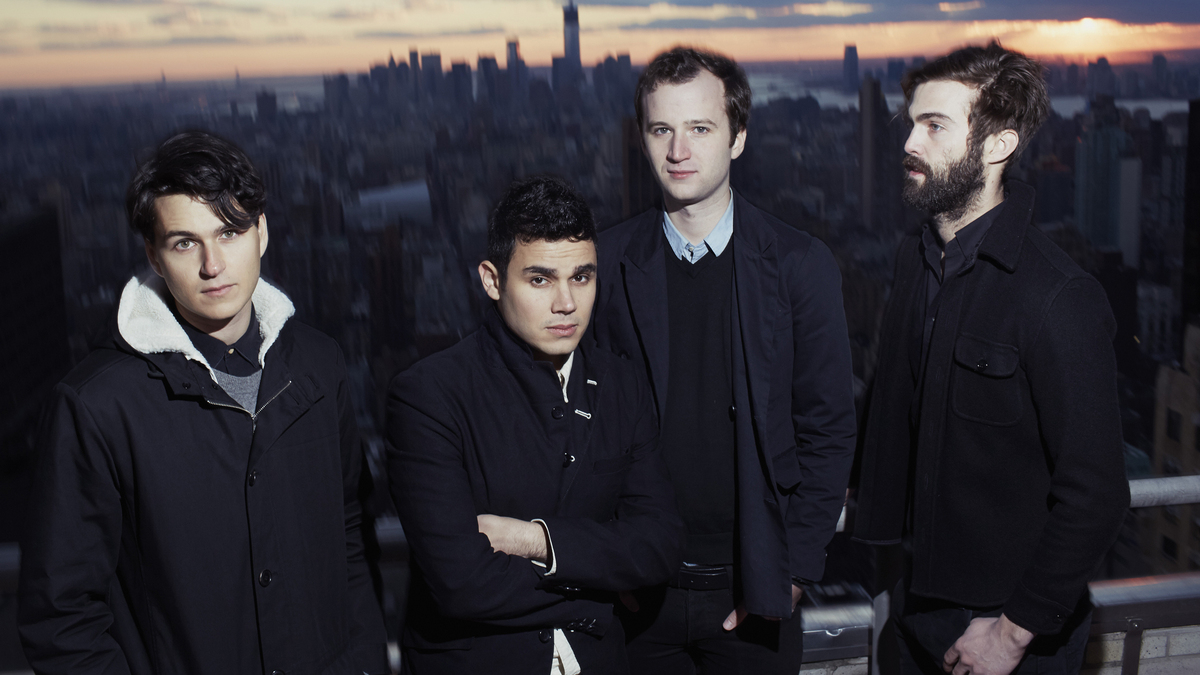 Vampire Weekend's third album is titled Modern Vampires of the City. Singer Ezra Koenig (far left) says he sees it as the closing chapter of a trilogy.

Alex John Beck/Courtesy of the artist

Vampire Weekend's third album, Modern Vampires of the City, is out today. The band, featuring four classmates from Columbia University, emerged in 2008 and made a big splash with its bubbling rhythms, world-music influences and highbrow lyrics about mansard roofs and Oxford commas. Singer Ezra Koenig says those few things quickly dominated critical discussion of the group.

Vampire Weekend On New York, Souls Of Mischief And The Secrets Of Its New Album

"When you start your band, and you come out and people start writing about you, you're known for very specific things," Koenig says. "We were, essentially, the 'preppy African guitar band.' "

According to Koenig, the band sees the new album as the final part of a trilogy. Here, he tells NPR's Melissa Block why that's a liberating thought — and explains some of the stranger sounds Vampire Weekend is exploring this time around.

On how the band was pegged early on

"You know, it's understandable. And we certainly didn't shy away from those things. But every time you make a new record, you have to ask yourself, 'Is that truly the essence of Vampire Weekend?' Now, we kind of feel like we're free from any specific sounds or ideas — that our approach to songwriting, and our approach to making music, we can take to new places."

On the album's themes of aging and the passage of time

"When we got off the road after touring, there was this kind of strange feeling. And I think anybody who's ever gone on tour, or had any kind of job where you leave home and you're on the road a lot — there's a feeling that when you get home, suddenly, this momentum ends. And your conception of time really does change; it feels different. Coming off the road and having all this free time, I think, naturally, I started to become more reflective."

On the song 'Diane Young' and its weird vocal effect

"That's called 'formant shifting.' It's almost like an approximation of the way that your vocal cords would sound at different ages, you know, depending on the size. ... We thought it sounded so crazy; we loved it. It kind of kicked the energy up a notch on the song. And I also kind of felt like, this song that's about the pros and cons of dying young and living long — there was something just perfect about hearing these baby voices going down into this weird old-man voice."