Accessibility links
Neil Gaiman Turns His Grad Speech Into 'Good Art' Neil Gaiman's new book is based on a speech he delivered to graduates of Philadelphia's University of the Arts. When life gets tough, he told them, "make good art." It's advice that served him well when he turned a failed '90s TV series into the "much-loved" novel Neverwhere. 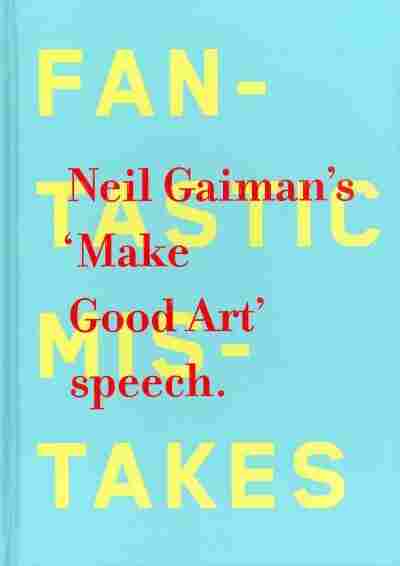 by Neil Gaiman and Chip Kidd

A year ago, writer Neil Gaiman told the graduating class at Philadelphia's University of the Arts that life is sometimes hard — that things will go wrong in love and business and friendship and health, and in all the other ways that life can go wrong. And that the best thing an artist can do at those times is to "make good art."

That commencement speech became a hit on the Web and has now been adapted into a small book, titled, appropriately, Make Good Art.

When the unexpected happens, Gaiman says, "I think you're absolutely allowed several minutes, possibly even half a day to feel very, very sorry for yourself indeed. And then just start making art."

In the 1990s, Gaiman tells NPR's Neal Conan, he had spent several years working on a TV series in the U.K., and when it came out, it was met with "deafening silence — people didn't really like it very much."

But he put all of his upset and frustration about that failed series — Neverwhere — into writing a book, he says.

"And what's lovely is, over the years since then, the book has gone on to become this much-loved thing. And, actually, a couple of months ago, the BBC did a fantastic adaptation of the novel on the radio starring Benedict Cumberbatch and Sir Christopher Lee ... James McAvoy, these fantastic actors. And I thought, OK. You know, 15 years later, the thing fixed itself. The wheel turned."

Neil Gaiman's many books include American Gods, the comic book series The Sandman and, with graphic artist Chip Kidd, his latest, Make Good Art. His new novel, The Ocean at the End of the Lane, is due out in June.

On the lie he confessed to during the commencement speech 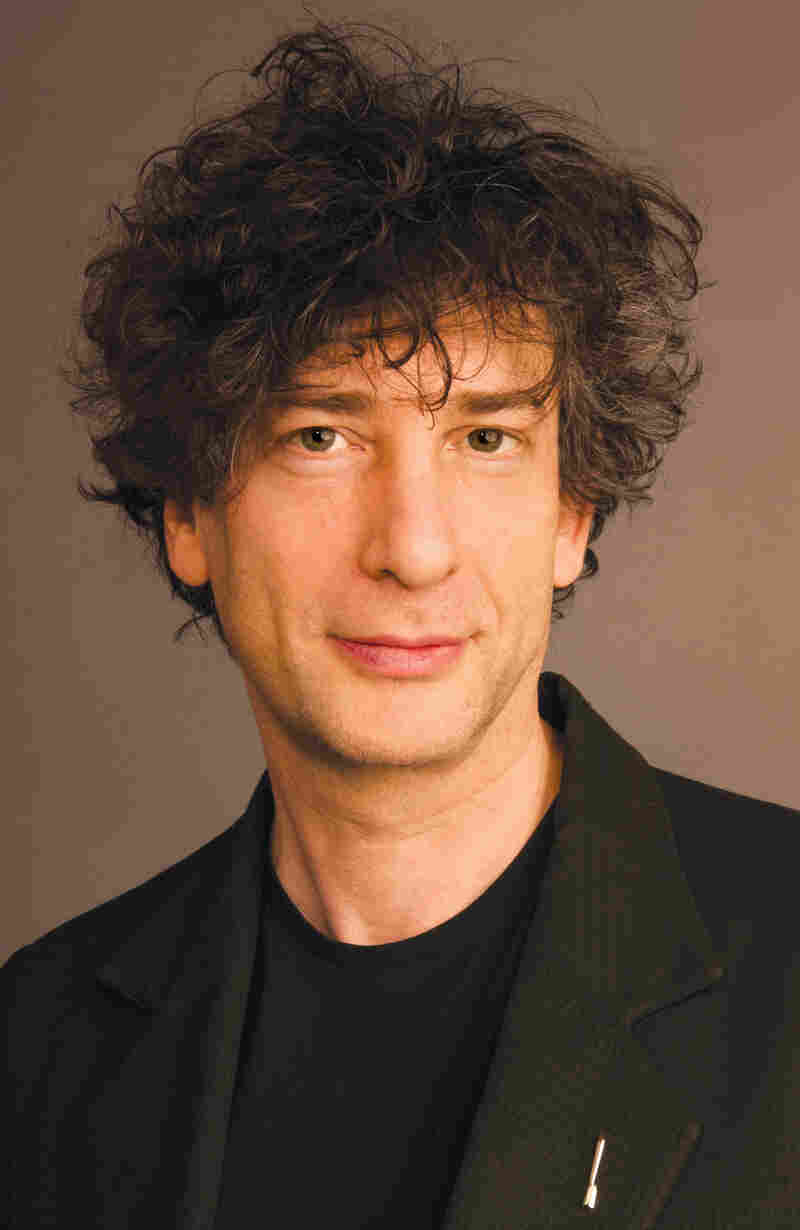 Neil Gaiman is also the author of Coraline, American Gods, Anansi Boys,Stardust and M Is for Magic. He was born in Hampshire, England, and now lives near Minneapolis. Kimberly Butler hide caption 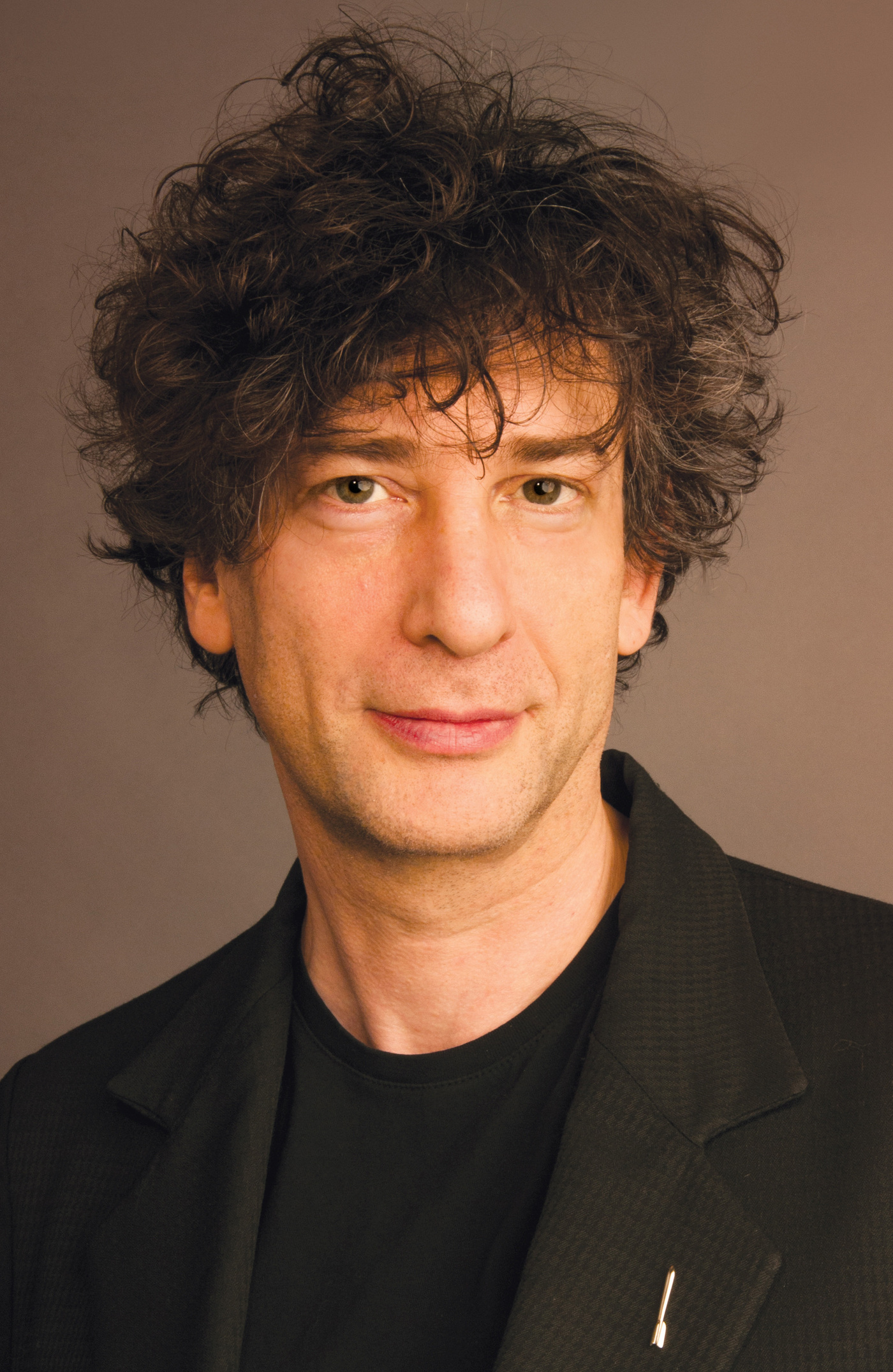 Neil Gaiman is also the author of Coraline, American Gods, Anansi Boys,Stardust and M Is for Magic. He was born in Hampshire, England, and now lives near Minneapolis.

"It's not something that you could do in today's era of Google and easily accessible information. But when I started out as a very young journalist, phoning editors and just pitching stories, they would often say, well, who else have you written for? And I didn't want to say, well, I haven't actually written for anybody yet. So I would list likely sounding magazines — places that ... somebody like me might have worked for — and I got the jobs.

"And over the next six years, it became this mad point of honor for me to have worked for everybody on the list that I'd said in those first couple of months to people that I'd written for. So I wrote for ... all of these magazines in London, just so that later I could claim that I hadn't actually been lying, I'd just been slightly chronologically mixed-up."

On money as a motivator

"It's something that, you know, I forget. Sometimes somebody waves a paycheck and I go, 'I don't really have any reason for doing it, I'm not interested. But, yes, what amazing money, how can I say no?' And then I do it, and then I regret it. And you can almost feel the universe itself sighing, like, 'Why doesn't he learn this one?'

On the advice he got from horror writer Stephen King

"What I said in the speech, and what I say in the book, is the most important piece of advice I was ever given that I didn't pay attention to and I wished that I had, came in 1992 from Stephen King at a signing I did in Boston for a Sandman book called Season of Mists. And he came down. He saw the lines stretching around the block. He wanted to take me out for dinner, but the signing wasn't done until 10:30 at night. And I wound up in his hotel room with Steve and his family, and he said, you know, 'This is really wonderful, this is special. You should enjoy this. Just make a point of enjoying it.'