Accessibility links
Book Review: 'Little Green' By Walter Mosley After six years, author Walter Mosley breathes life back into his detective hero Easy Rawlins — thought dead after crashing his car off a cliff. Easy embarks on another case, but as the lines blur between death and dying, he may discover answers to questions he hadn't thought to ask. 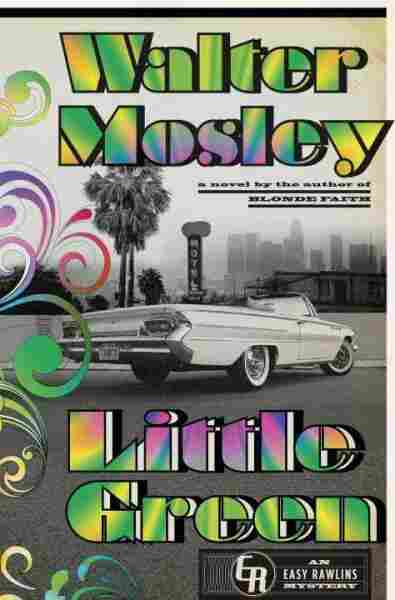 I've been following Easy Rawlins since reading Devil in a Blue Dress in the '90s. That's a lot of time to give to a character. And as I read Little Green, I realized that I hadn't been following Easy, the character, all these years. In the past I was more invested in other parts of the stories.

I had enjoyed the cases Easy solved, and the way his creator Walter Mosley laid out Los Angeles and the complicated relationship between whites, blacks and Latinos in post-World War II California. I loved Easy's adopted family, his friendship with Raymond "Mouse" Alexander (who is always Don Cheadle when I picture him) and his complicated romantic relationship with Bonnie.

But, Easy is — or was — too cup-half-empty for me. There isn't a lot of joy inside him. "You look at the world and see what's there," one character says to him.

This book changed all that for me.

As Little Green opens, Easy is waking up from a two-month-long semicoma after drunkenly driving his car over a cliff in 2007's Blonde Faith. Everyone — even Mosley — thought he was dead. Mouse was making arrangements for his funeral. But not so fast: Like Easy says, the world keeps on turning. And Ezekiel "Easy" Rawlins is alive. He is alive.

No sooner than he opens his eyes, Easy's given a case to solve: find a young man who went to the Sunset Strip in West Hollywood one night and didn't return. His mama wants him home.

Still wondering if he's alive and if he is, then why, Easy stumbles out of his sick bed on wobbly legs and sets off on the hunt. But is he looking for the boy or himself? Will he find either of them?

And while he's only been out of commission for two months, the Summer of Love has taken hold and Easy finds himself having to navigate a new world of anti-establishment hippies, with their free love and drugs. Still, for Easy, a black man from the Deep South, operating outside and sliding narrowly along the edges of the lines is old hat: "Citizens like me knew that whatever you had could be taken away in an instant. We knew that value was first and foremost defined by the hand that offered it. Those on the receiving end were one-legged tightrope walkers," he says at one point.

As usual, Easy barters and trades his way through the novel, and Mosley even takes us back to Devil in a Blue Dress, reminding longtime readers like me how we got hooked in the first place. By the end, it's clear that there's an old Easy and a new Easy. "I was a man again," he says, "on the job again, back in the world where nothing ever turned out right but it kept right on turning anyway."