Accessibility links
Sarah Polley's Family Secret, Pieced Deftly Together In a striking documentary, Sarah Polley turns the camera on her own family. The director and actor, known for films such as Away from Her and The Sweet Hereafter, was teased growing up about not looking like her actor father. At 27, she discovered that it wasn't a joke. 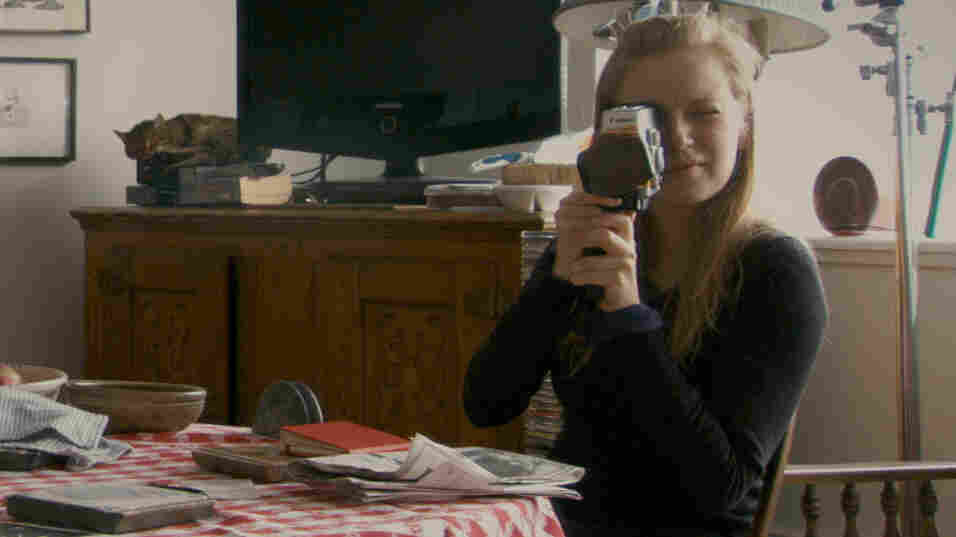 For her latest film, Stories We Tell, Sarah Polley turns her camera on her own family. Roadside Attractions hide caption 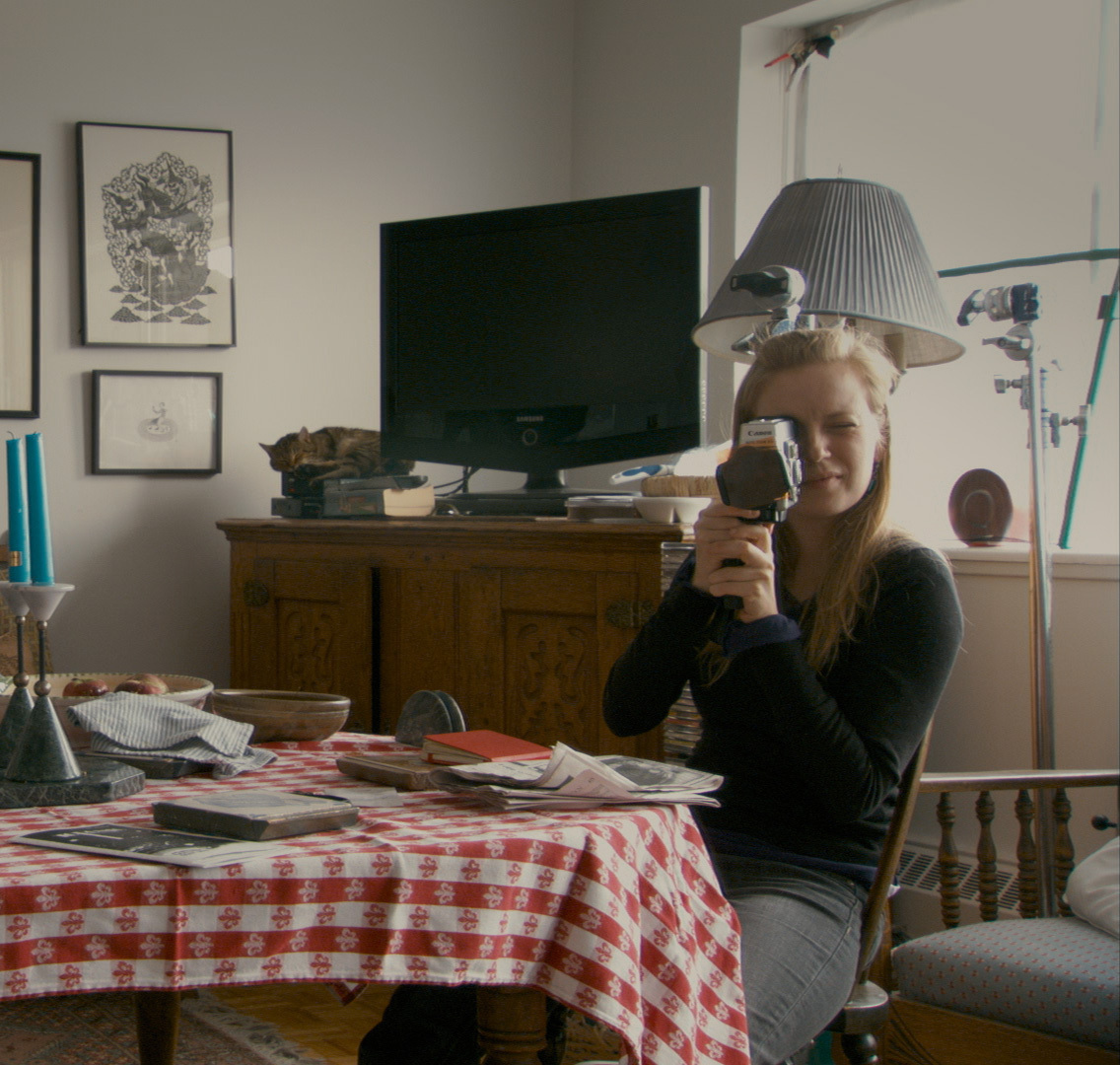 For her latest film, Stories We Tell, Sarah Polley turns her camera on her own family.

Sarah Polley earned wide acclaim for directing the drama Away from Her, about a woman fading into the twilight of Alzheimer's, as well as for her acting performances in an array of films including The Sweet Hereafter and My Life Without Me. Her latest film, Stories We Tell, is a documentary, though — and a personal one at that.

Polley grew up in a Canadian theatrical family — her father Michael Polley may be best-known stateside as a featured regular on the well-regarded comedy Slings and Arrows — and one of the jokes around the dinner table was that Polley didn't look much like Dad.

Polley's mother, meanwhile, had died of cancer when Polley was 11, so she never got to know her mom as an adult. As she grew older, the actor grew increasingly suspicious of the truth behind that dinner-table joke — and at age 27, she discovered that those suspicions were accurate. Her biological father was not in fact the man who had raised her as his own.

In Stories We Tell, Polley turns the camera on her surviving family members and a range of family friends to learn more about her mother and what her life was like. She also tries to uncover the story behind that family secret, and in doing so asks the fundamental question of how, when you learn startling things about your parents, your identity and your relationships with other family members change.

I was growing up as a member of the Polley family and I was very much a part of that family, and I'm not sure what the point would have been in adding all this confusion."

The news about her parentage came as a shock to Polley, but she says her late 20s was the right time to find out. And she doesn't begrudge her mother's decision to take the secret to her grave.

That doesn't mean the experience was easy. Still, the revelation ultimately brought Polley and her father closer and helped her gain a better understanding of who her parents were and what their marriage had been. And Polley says she was happy to have sorted out her own origins by the time she gave birth to her own first child.

"I finished editing the film probably weeks before I found out I was pregnant," she remembers, "and I'm glad that it was out of my system [so] I can focus on somebody else's childhood for now." 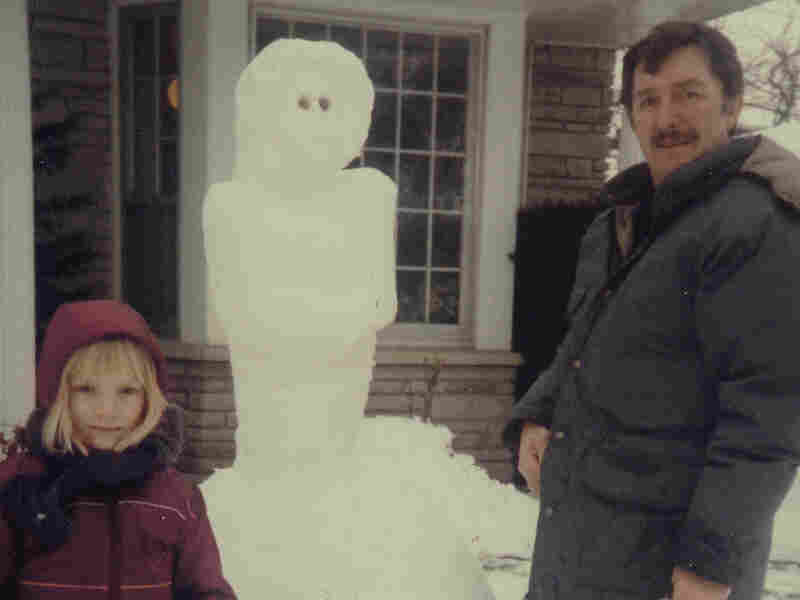 In her new film, Polley chronicles how she grew up believing that her biological father was Michael Polley (right) when in fact he was not. Roadside Attractions hide caption 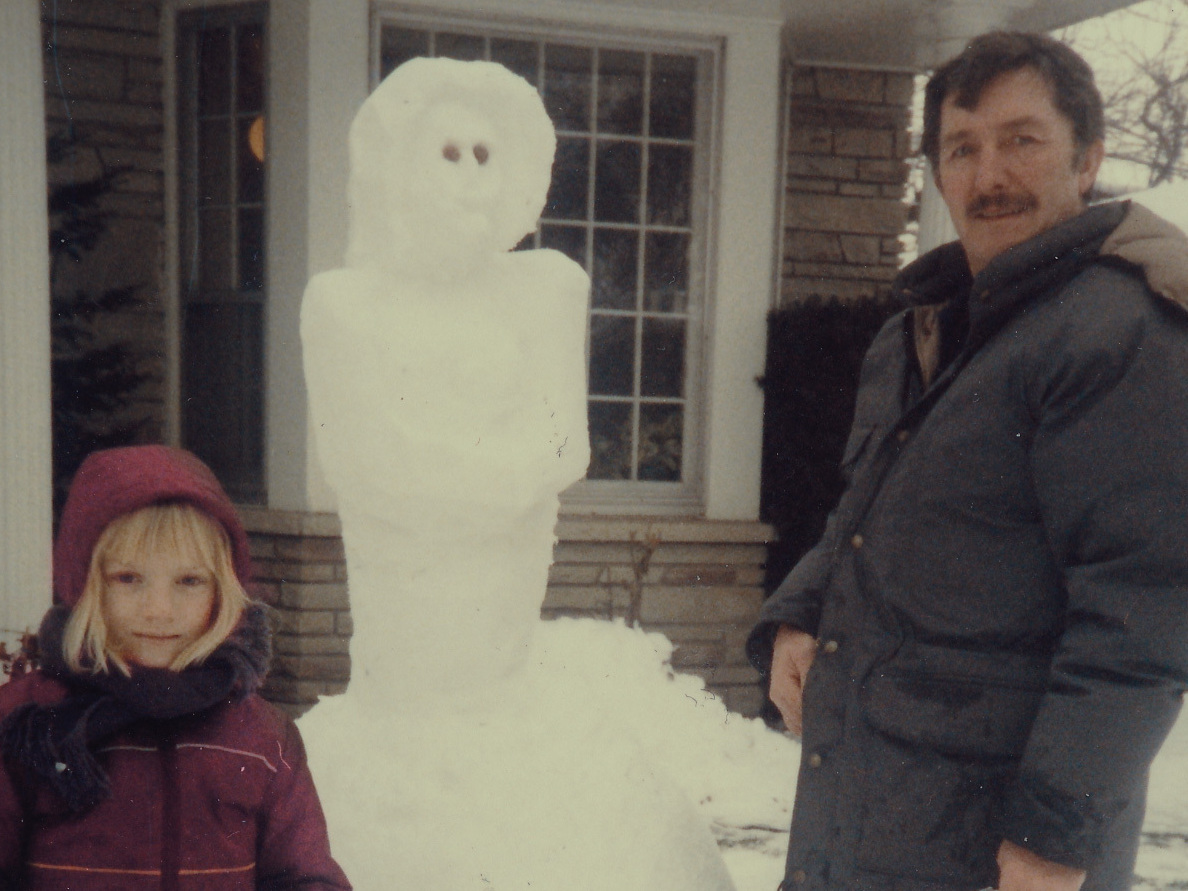 In her new film, Polley chronicles how she grew up believing that her biological father was Michael Polley (right) when in fact he was not.

On telling her dad that he wasn't her biological father

"I was sort of, at that stage, filled with regret that I had ever investigated this at all, and felt enormously guilty in a way that almost sank me. And it took a friend of mine to point out to me that by discovering this information, I hadn't actually created the situation — or, you know, done anything particularly wrong. But it was hard to come to terms with that because I felt that I was in possession of information that would be really traumatic and hurtful for him and would destroy him.

"And so I just told him as honestly and clearly as I could, and then was completely staggered and stunned by his response to it, which was so full of compassion for my mother and gentleness and graciousness. In a way, his response to this information was for me what made it a really interesting story. I didn't think the story itself was particularly original, but I think it's very, very unusual for somebody to respond to something a lot of people would call 'betrayal' with a real, true understanding and empathy, and not place blame.

"His first concern was that we not blame or judge my mother for this — and to candidly look at and communicate issues within the marriage that he was responsible for."

On including footage of voiceover retakes

'Splice': Your Results May Vary (And Be Scary)

TIFF '12: In 'Stories We Tell,' A Director Turns The Camera On Her Family

"I think that, for me, it was really important to not leave the construction of the film out. Because it's a film about storytelling, and how we tell stories and why we tell stories. I thought it was really important to include the process of making this film itself in the film. And some of that involves some rather unflattering and ruthless moments for me — like directing my dad when he's ... pouring his heart out, basically.

"You do get into this mode, I think, when you're telling a story — or certainly when you're making a film — where you can kind of lose your sense, or your barometer, for what's human or humane. And certainly I think there are a few moments in the film where I'm directing my dad, where I don't come off that well. But I certainly come off as somebody who's trying to tell a story above all else."

On the story if the press had told it first

"It would have been a very different story. And not an untrue story, but a very, very small piece of a story. So, I mean, the first person who wanted to print the story wanted to write a kind of feel-good piece about this reunification between this father and his daughter. And for me that would have been a huge betrayal of my dad, who's still alive and well. I couldn't see that being the only story. Because, you know, while it was really exciting to meet my biological father, and we had some really interesting conversations and some really amazing times together, for me it was a lot more complicated than just a feel-good story.

"It was also really shocking, slightly traumatic and full of guilt and ambiguity about how I felt in terms of how this was going to impact my family. And it would have excluded my father's entire story — which for me was really the central story, because he was the one who had the most to lose and to respond to. So, for me, it would have been very upsetting to just be that on its own."

On learning about her mother through making this film

"Having the opportunity to sit with for many hours with most of the people that your mother was close to in her life, and get to hear them talk about her, ends up forming a much more full picture than the one I had before.

"At the same time, even though I wasn't an adult and didn't get to know the complexity of who she was, I had somebody say to me once, years ago, 'What was your mother like?' And I said, 'I don't know. She died when I was 11.' And she said, 'Well, what did she feel like?'

"And that was an amazing window for me into the idea that ... you don't actually have to be able to articulate or intellectually know who somebody is to really know them, and that 11 years is actually a really long time — especially to have a really good mother — and it's more than most people get in a lifetime.

"And I had, until I was 11 years old, a mother who made me feel like life was really exciting, that the world was really exciting. That she loved us. That she could find joy even when life had been tragic — and that's so much more than most people get. I feel incredibly grateful for that. And then, obviously, so privileged to have been able to add all this new information to that picture."