Accessibility links
When The Missing Return, Recovery Is Long, Too More than 300 freed abductees are part of an online community they call the RooterHood, where they can share their stories, their fears, and get help.

When The Missing Return, Recovery Is Long, Too

When The Missing Return, Recovery Is Long, Too 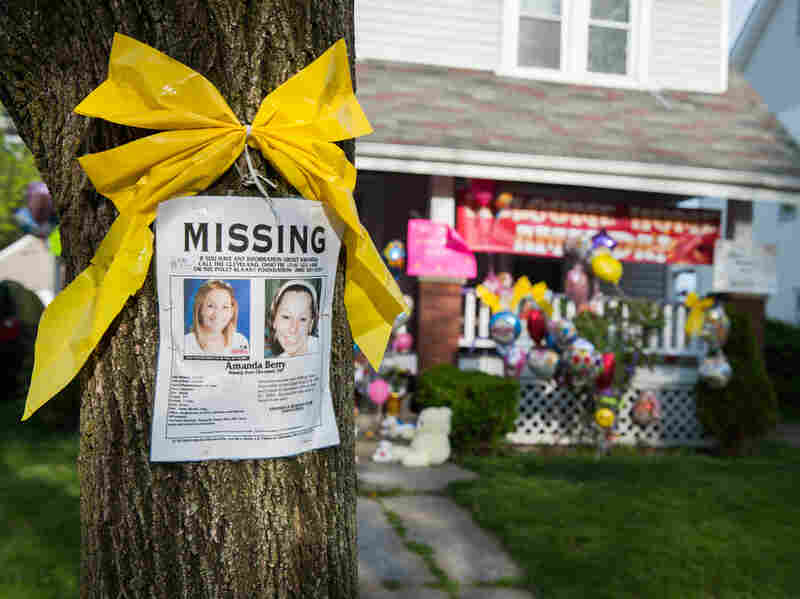 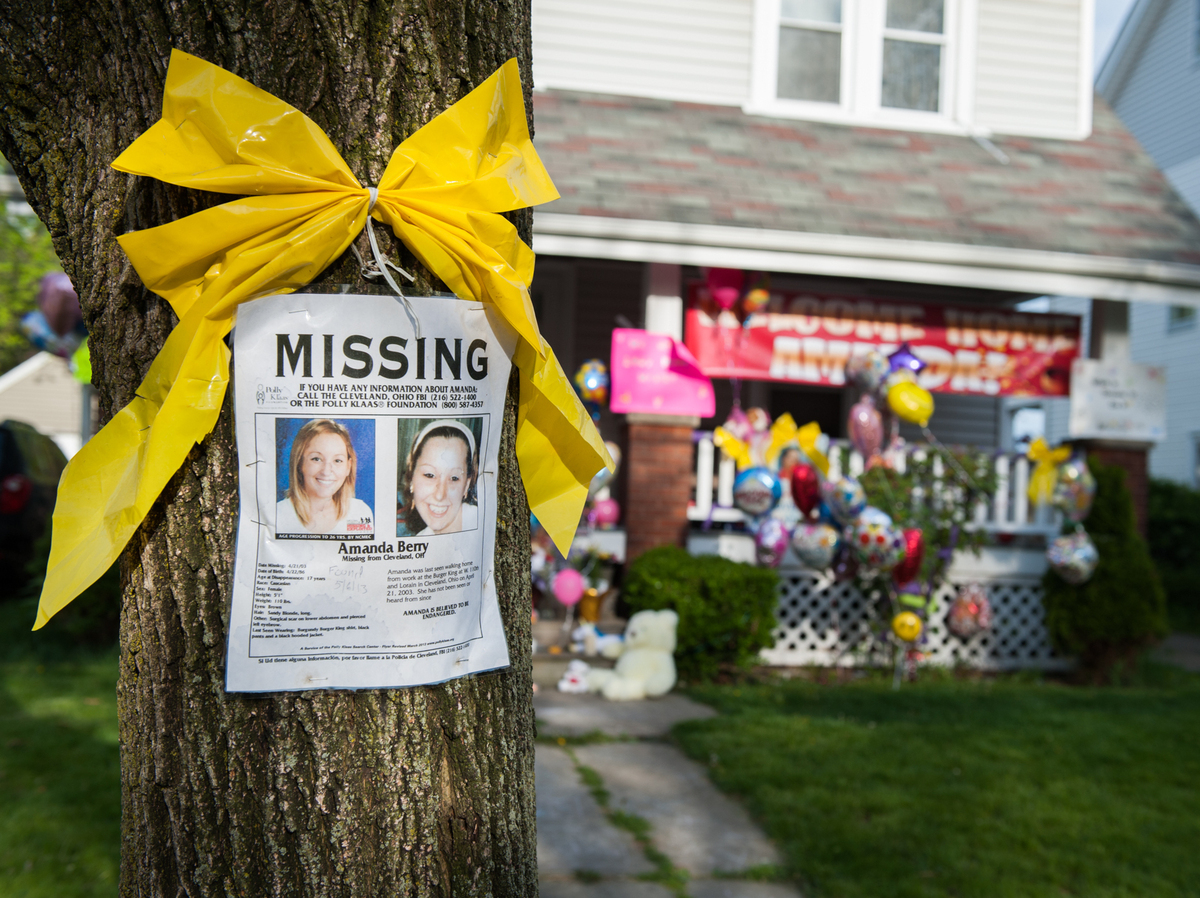 A missing poster is left on a tree outside Amanda Berry's home in Cleveland last week.

They call themselves "Rooters," and they convene in a private online place they call the "RooterHood."

There, they can talk freely and frankly about what it was like to be kidnapped, to be stripped of identity, often sexually abused by their captors, separated from family, friends.

And also about the struggle to recover their uprooted lives, to trust and hope again.

It's a place that would welcome the three young Cleveland women who just last week escaped more than a decade of incarceration and abuse, allegedly at the hands of Ariel Castro, 52, the former school bus driver now facing multiple charges of rape and kidnapping.

In fact, the online presence of Take Root, a unique support program for found victims of abduction, might just be the only place where Michelle Knight, 32; Amanda Berry, 27; and Gina DeJesus, 23, might find true understanding about their specific, horrific experience.

"There is very little out there for those who experience abduction and especially this sort of long-term abduction," says Seattle-based psychologist Neil Kirkpatrick, clinical director for Take Root, a name that reflects the victims' goal of reestablishing roots.

"The resources," he says, "are excruciatingly limited, and most of our Take Root members have experienced painfully how hard it is to find help."

So while recovery advice for the three women continues to pour in, much of it is only tangentially applicable to their unusual situation, experts like Kirkpatrick say. It's not based on a large body of credible research specific to freed abductees — because there isn't one.

"To this day, there has never been substantial research into the effects of abduction," says Melissa "Liss" Haviv, Take Root's co-founder and executive director who, as a child, was kidnapped by her mother. They lived under assumed names for two years until her father found them.

A 2006 report on international child abduction by the advocacy group Reunite International gets to the heart of the difficulty of analyzing, for treatment purposes, the experiences of those abducted and recovered.

The sample sets are so small, Reunite found, and abductees' experiences so specific and "intensely personal," that they are not easily put to objective scientific tests.

"This is one of the sticky paradoxes in the world of missing child services," Haviv says. "They are designed to recover the missing, and not to help the missing recover. Professionals with expertise are few and far between."

Rarer still are those familiar with treating victims in the statistically tiny world of the three Cleveland women, kidnapped not by a parent or other family member, but by a stranger or acquaintance and held, and abused, for a long time.

No one, Haviv says, has been working hands-on with the hundreds of kidnapping victims in all stages of recovery.

Through their involvement with the nonprofit Take Root, it's Haviv, and Kirkpatrick, the psychologist, who have become the nation's unofficial experts on the experiences of those freed from kidnappers.

"It's shocking to us that we are the only ones doing this," Haviv says.

It's the largest engaged sample of people working to untangle the profound issues that remained after the joy — and attendant confusion — of their reunion with loved ones.

Through their ongoing contact with the Rooters, whether on the moderated RooterHood discussion board or in face-to-face meetings Haviv has had with scores of abducted people, she and Kirkpatrick have perhaps the best idea of what the women face in their recovery.

Wendy Jolley-Kabi, who heads a national umbrella association of organizations for missing and exploited children, describes the work Take Root does as "unique and critical."

"It is the leading authority on understanding children's abduction experiences and the lifelong effects of that trauma," she says, adding that her organization relies on Take Root's expertise to help professionals counsel abductees when they come home.

"The enormity of the abduction experience is not something that's easy to appreciate," Kirkpatrick says. "People think of it as a person being pulled into a controlled environment, but what's harder is that it's as if their whole world has been taken away from them."

"Everything that happened on the outside," he says, "is turned inside out."

That loss of identity and heavy pressure to "be OK" has pushed more than a quarter of those involved in the Take Root support program to report that they have at some point attempted suicide.

Both Kirkpatrick and Haviv say that the Cleveland women need first to be left alone, by the public and the media. They need family and friends to be sensitive about suggesting the trauma is over, that they need to move on.

And they need to guard against pretending that they are perfectly fine, and no longer are "that abducted kid," Haviv says.

Says Haviv: "Friends, family and society urge newly found victims to 'move on,' " but with freedom "comes a new set of challenges" — including guilt for not rebounding quickly enough or feeling responsible for putting loved ones through pain and suffering.

Michele Harway, a psychologist and family research specialist in California, acknowledges the lack of specialized understanding of the trauma of abduction.

"The only thing we have to guide us is what we know about trauma in general," she says, adding that what the young women in Cleveland experienced was so involved that there is nothing comparable in psychology literature to guide therapists.

Haviv is using the Cleveland case to highlight the psychological and support needs of recovered abductees.

The federal Missing Children's Assistance Act called for funding programs to help those post-abduction, but, Haviv says, "no such work is currently being federal funded that we know of."

"This is a serious gap," she says, "and we must close it so that those victimized by abduction are not re-victimized by the lack of qualified aftercare services and support."

For now, the RooterHood will provide a forum, but distance from the event often provides little solace.

As the Reunite International report stated, quite bleakly, "Time is an inadequate healer. Prevention must be better than cure."