Accessibility links
Three-Minute Fiction: Ghost Words The letter smelled of lavender and vanilla, like she couldn't decide which perfume to use so she used both. Her hand-writing had been drawn with the careful precision only seventh-grade girls in love have patience for. 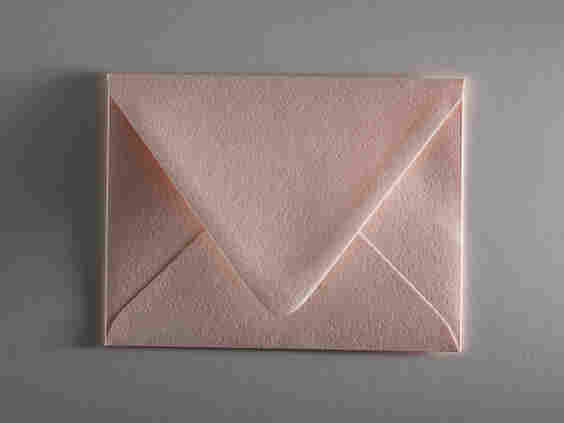 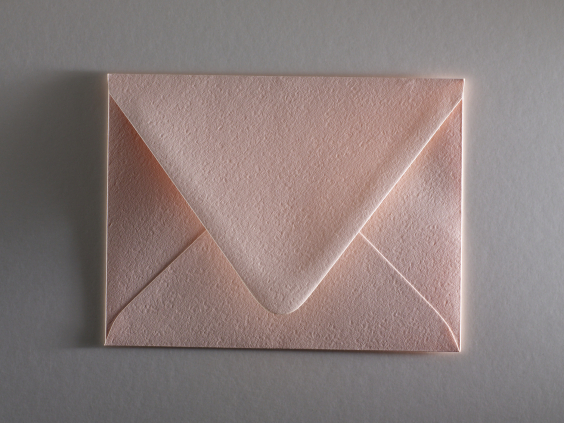 The letter smelled of lavender and vanilla, like she couldn't decide which perfume to use so she used both. Her hand-writing had been drawn with the careful precision only seventh-grade girls in love have patience for. Hidden behind the words were indents and scratches, ghosts of words that weren't quite right, rewrites on top of rewrites.

The envelope lay flat and perfectly sealed in the middle of the hallway. If it had not been in front of her locker I may have left it there. I thought of all possibilities before tearing open the smooth flap of pink paper.

Sliding it back into her locker in secret would have been the gentleman thing to do, the honorable thing. But she would never have known what a gentleman I was if I did that.

I could have given it back to her, she would definitely have noticed me then. Though soon after she would have given him the letter and that would have been the end of me. No. I wasn't going to return it, I couldn't bare to rid of it. Lunch that day consisted of me sitting hungry in a locked stall on top a stained toilet seat reading and re-reading those words, the words she wrote for him.

Every day and night since the third grade I had thought of her. Holding hands in the halls, going to restaurants with her family, watching television in the living room. I knew now that as I had thought of her, she had thought of him. She had experienced the same longing, the same doubt, the same tug of the heart when she saw him each morning and the same dread after school, of knowing she would not see him again until the next day.

One may think that a boy in love would be distressed to learn of the girl's passion for another, upset, jealous ... but that would be wrong. Sara and I were united in our love for the unattainable. We shared something personal. Separate, but intimate. Countless hours staring out our windows toward dying stars in a faraway sky, thinking of one out of reach. Smiling through the sadness of their absence.

I saw her the day I found the letter. Her nails bit down to shredded stumps, her leg bouncing restless as she looked this way and that for the one who may expose her secret. I only wished I could tell her not to worry, her heart was safe in my hands. But I couldn't. I wasn't strong enough to part with the only piece of her I would ever own.

She told Jeremy about her feelings for him soon after that. They dated for a few weeks, but as they do, things feel apart during the summer. Years later I still caught glimpses of her glossing over the crowd, the slight curve of a tiny smile at the edge of her lips, who found my letter? She asked herself in silence.

She would never know it was me. She didn't have to. All she knew was that someone had found it, read it, and kept her secret. The words weren't thought with me in mind, I knew that, they were never meant for me. But they were mine.