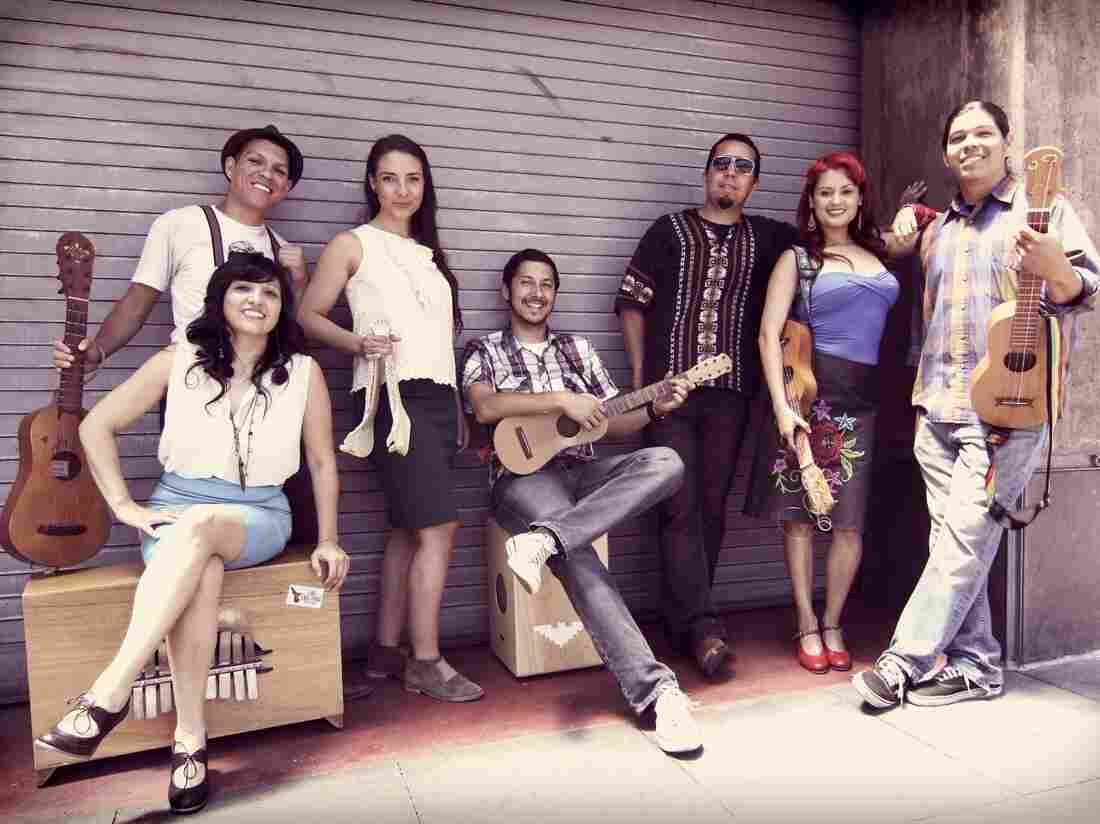 "La Bamba" is perhaps the best-known son jarocho. It was made famous beyond Mexico by Ritchie Valens in 1958.

The song is a standard of son jarocho — a melancholy yet mischievous genre from the port city of Veracruz, Mexico. It fuses indigenous, Spanish and African elements and unique instrumentation that sounds as raggedy and quirky as its lyrics: the jarana jarocha (a small, guitar-like instrument), the arpa jarocha (a wooden harp typical of the Mexican gulf coast) and the always visually stunning quijada (the jawbone of a donkey or horse).

Not all jarochos are as dark as "La Bruja," but they do tend toward the mischievous double entendre and maritime references — after all, it's music born and raised in the nights of one of the most important port regions of Latin America. The most famous son jarocho is "La Bamba," reinterpreted through a rock 'n' roll lens and made popular by Ritchie Valens in the late 1950s. Its chorus line — "I am not a sailor, I am a captain!" — is one of the most famous chants of Latin music.

While the rest of the world rediscovers cumbia, there's a small movement of young Latin musicians, in Mexico and the U.S., who scheme in their musical laboratories, reformulating son jarocho. Two bands worth noting are Las Cafeteras, who have refashioned "La Bamba" into a more political anthem — but with the same sense of defiant mischief, they replace the traditional chorus line with, "I don't believe in borders / I will cross, I will cross."

One of my favorite new discoveries is the band Radio Jarocho, whose feisty and sexy songs nod to tradition, but would make any supposedly sensual Top 40 star blush. Because as much as people love rolling down the street and jet-setting in private planes, nothing beats flying in the arms of a witch at 2 in the morning.

Latin Roots on World Cafe is made possible through a grant from The Wyncote Foundation.