Accessibility links
Interview: Colin Broderick, Author Of 'That's That: A Memoir' Colin Broderick's new memoir, That's That, chronicles his childhood in Northern Ireland during the modern-day "Troubles." Broderick says growing up in what was essentially a war zone seemed normal to him at the time. 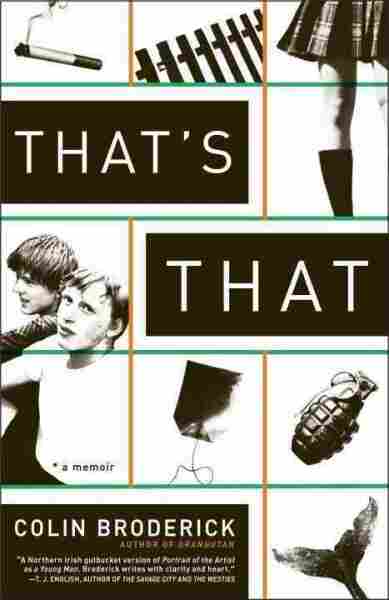 Colin Broderick's first book, Orangutan, told the story of the 20 years — at least, as he could remember it — of being drunk, drug addicted and often desperate struggling to make his way as an Irish immigrant to New York.

His latest book might have been even harder to write: It's about what got him here to America. That's That is his chronicle of life as the second-eldest in a family of six children in County Tyrone, Northern Ireland, during the modern-day "Troubles": parochial rivalries, British rule, IRA bombings, and an almost weekly death toll, during which Broderick and his friends were trying to grow up.

"First of all, when you think about growing up in basically the middle of a war, you sort of, like the child of abuse, will accept what's happening as being normal," Broderick tells NPR's Scott Simon. "You don't walk around thinking, 'Oh my goodness, we're at war.' "

"Being known as a kid whose mother wouldn't let him — the kids called us, we were the 'mommy-won't-let-me's' for a little while, which I rebelled against — you know, you see these older guys in the community who really were a little bit more cocksure, and they carried themselves with an air of confidence that I didn't possess. ... As a teenager that's very appealing."

"That's something I've tried to come to terms with over the years, is that I'm trying to discover in myself if I can actually make the decision to take another human life. When you grew up in a country where British Army checkpoints basically were a way of life, as a Catholic, you were accustomed to being stopped and humiliated at these British checkpoints on a daily basis. ... We would be very aware that another car carrying local Protestants would be waved through the checkpoint with a wave of the hand, and it was a very deliberate provocation, and when that goes on for years and years, that kind of repression, it's very easy to understand how people would want to fight against that because it was just wrong.

"What was happening to the Catholics in Northern Ireland, I felt it was fair game, that it was a war, and our side didn't have legitimate, you know, uniforms, and we ... didn't go out and stop people on the streets, but, you know, the IRA operated basically ... in secrecy, the best they could, trying to right a wrong. And it definitely felt like there was something very heroic about what they were doing."

On his anger at the British 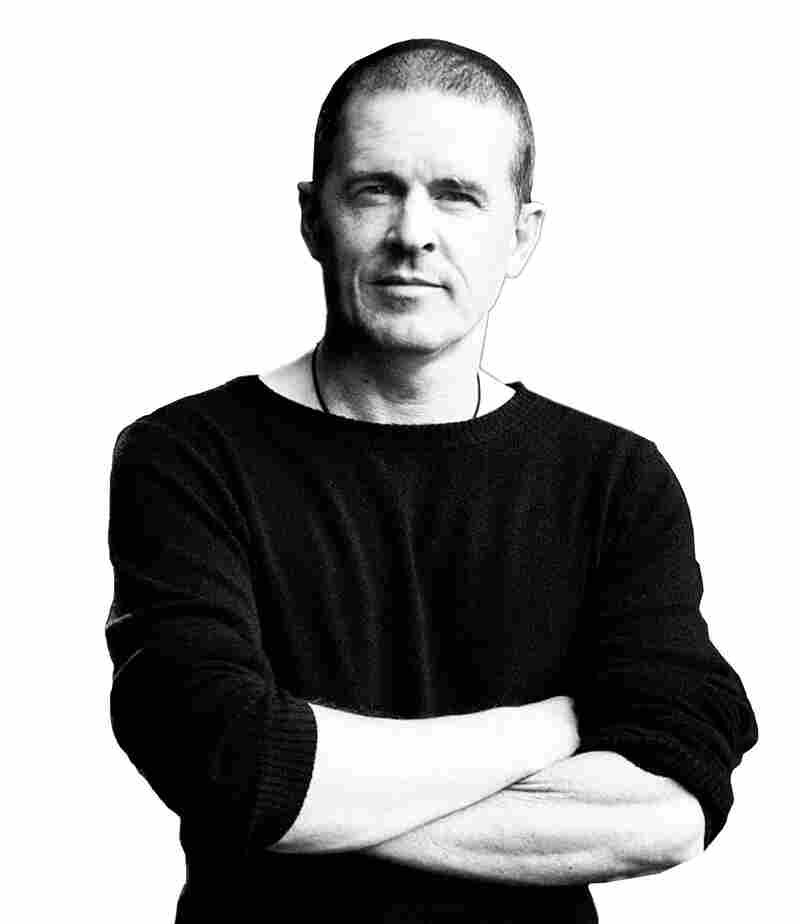 Colin Broderick is a playwright, filmmaker and author. He has written a previous memoir, Orangutan. Renata Broderick/Broadway hide caption 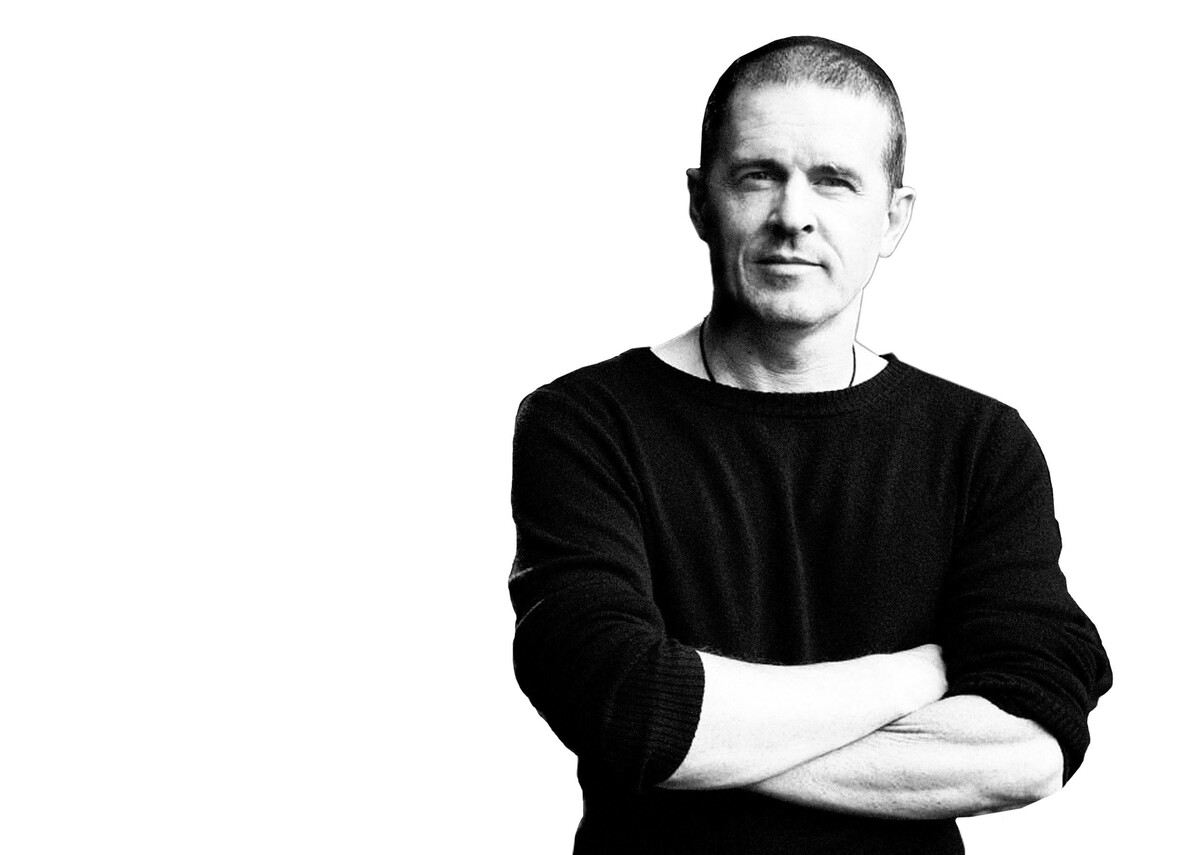 Colin Broderick is a playwright, filmmaker and author. He has written a previous memoir, Orangutan.

"My uncle was lifted, taken from his home, taken from his bed and tortured for seven days. When they first started internment, my uncle was one of seven men, it's widely documented, who were picked up by the British and basically taken away from their families to an unknown location, and then beaten and tortured for seven days. ... Under internment, the suspicion of involvement was enough to pick you up and torture you to find out if you knew anything.

"And it's very hard to hear stories like that about people you care about and not feel some kind of rage, which I did, and you know, I don't condone violence. I don't think that the answer is to go out and shoot anybody. I think what happened in Northern Ireland, a part of the process that was missed was, Catholics especially didn't get an opportunity to go out and start screaming and shouting and saying, 'What you guys did to us was wrong, and we're angry about it.' And that hurt."

On the impact of constant fear in everyday life

"As a kid, I had this enormous curiosity, and there was just nothing to nurture that. There was no place at school or at home where that curiosity was really being met. ... I probably came across as being arrogant or a smart-aleck or whatever, and because of that I got punished. And that just sort of compounded my sense of alienation growing up in Northern Ireland, and I didn't have anywhere to go and say, 'Hey, I'm confused' — and really that silence of not being able to speak. ...

"In the north, you could talk to a person all day long and really never know what it is they're thinking or feeling. So when I talk about silence, I talk sort of the silence of truth. I think part of our heritage of being this nation of being incredibly great storytellers, or being funny, or being very entertaining, comes from this sort of need to create a facade to sort of stand behind. And it's very difficult — people say that Freud said that the Irish were impervious to psychoanalysis — but I think it sort of gets at the — Irish people are so hidden in many ways that I think when I talk about silence I talk about basically not being truthful emotionally."

On what he wants readers to take away from his story

Read an excerpt of That's That