Accessibility links
Astronaut Chris Hadfield's Most Excellent Adventure Hadfield just spent 146 days up at the International Space Station, during which time he performed rock concerts and shared his dazzling photographs with nearly a million Twitter followers. 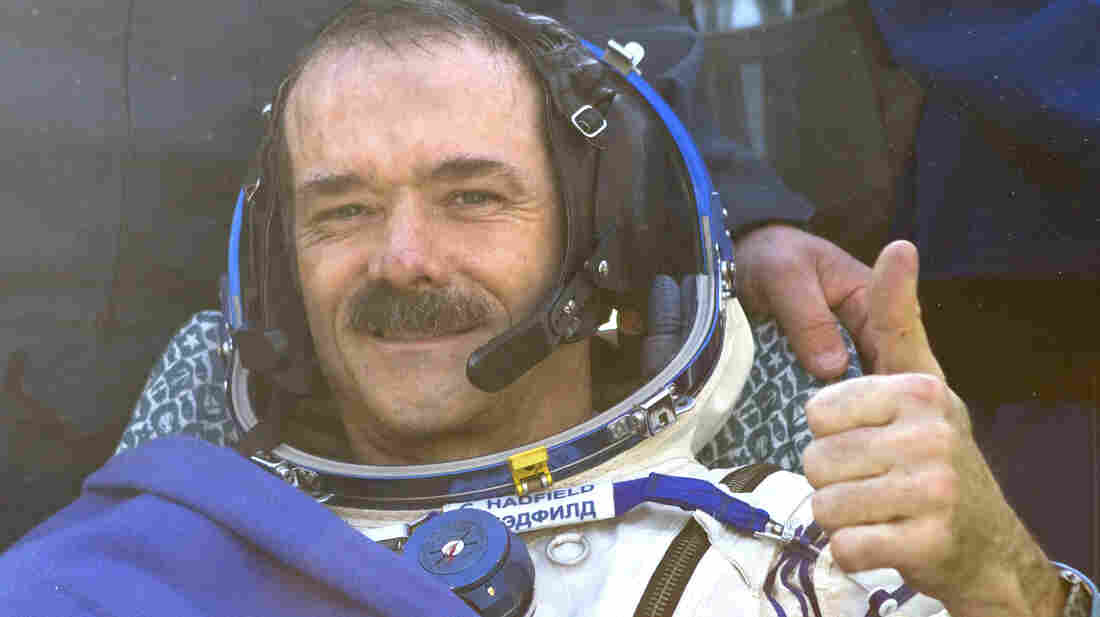 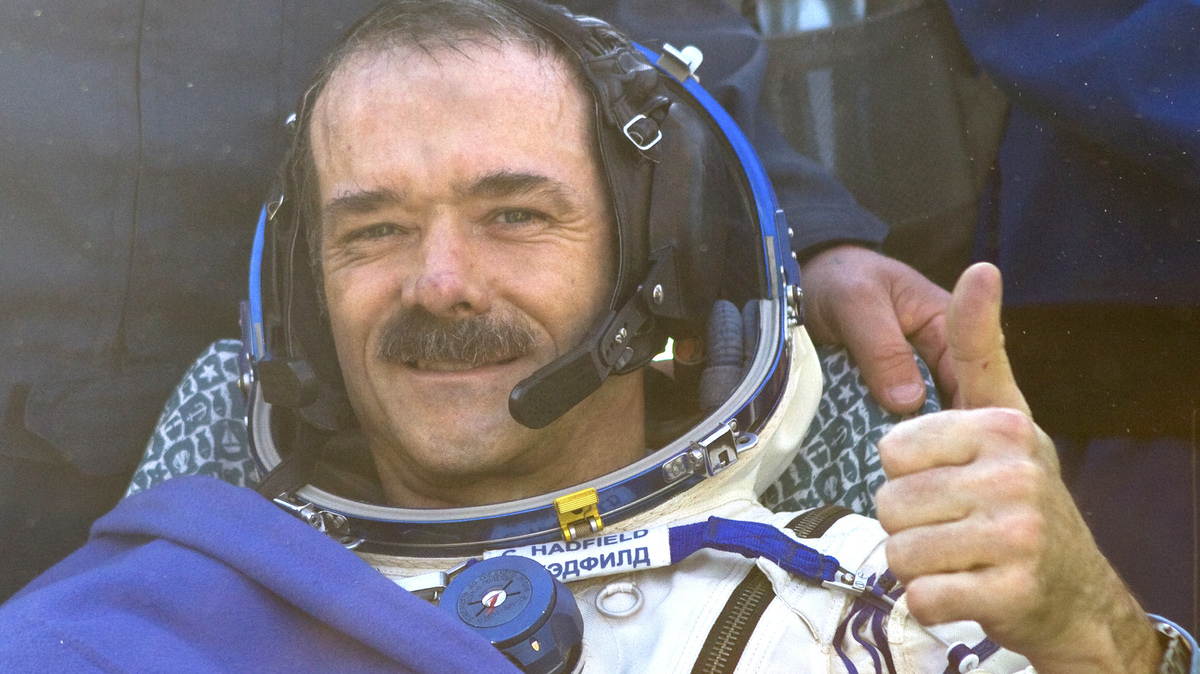 After a half-year mission at the International Space Station, Canadian astronaut Chris Hadfield lands in central Kazakhstan on Tuesday.

He landed after spending 146 days in space, most as commander of the International Space Station. But, he says, as soon as his Soyuz plonked down on the soil of Kazakhstan, "I could feel the weight of my lips and tongue and had to change how I was talking. I didn't realize I had learned to talk with a weightless tongue."

Chris Hadfield said that after nearly five months of floating, his feet had lost all cushioning and calluses, so on these, his first days back, "I was walking around like I was walking on hot coals."

Mr. Hadfield is 53, a slender and mustachioed former Royal Canadian Air Force colonel, and the first Canadian to command the International Space Station. He may never be mentioned in the same sentence as Yuri Gagarin or Neil Armstrong. But Chris Hadfield has become one of the best-known astronauts of contemporary times because he's shared what he's seen and felt with a Twitter following that's grown to almost a million, and he's used the bay of the International Space Station as a kind of celestial garage to put on a show.

He performed an electronic concert from orbit, playing his guitar and singing with the group Barenaked Ladies and thousands of school students to encourage young people to love music. He laid down his own rendition of David Bowie's "Space Oddity" — "Planet Earth is blue and there's nothing I can do" — with the earth rolling by in a window behind — or is that below? — him.

And he snapped a lot of photographs, orbit after orbit: thunderstorms boiling over the Amazon, soft pearly swirls of ocean around Cape Town, vast mining pits gashed into the red soil of China, and North America's Great Lakes framed in a single shot, tweeting pictures the way a man on vacation might send back shots of both the Lincoln Memorial and a diner with a huge inflatable doughnut on its roof.

To see his photographs every day, almost every hour, was to be reminded that sunrise and sunset are part of the same master plan.

"It's part of our humanity to be in space," he wrote in Russian, and just before plunging back into Earth's atmosphere, he said, in French and English, "I came here on behalf of so many people — thank you." Which is why, said Chris Hadfield, it was important for him to send back messages: "It's just too good an experience to keep to yourself."

Chris Hadfield's Most Excellent Space Mission reminded us, in a way, of something human beings can do in space that, so far, machines can't: be amazed.