Accessibility links
Turning Up The Heat On Civil Rights-Era Cold Cases With the death of a possible suspect in one notorious case, activists are weighing the FBI's efforts to tackle cases from the 1950s and '60s. Some are calling for a congressional hearing to see whether the FBI has done enough investigating. 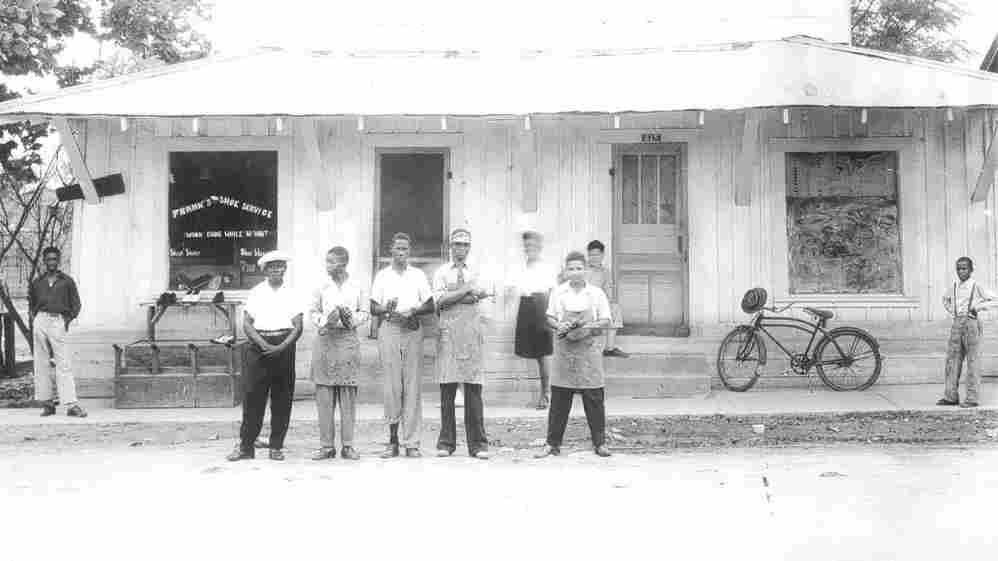 Frank Morris (in the apron and visor) stands in front of his shoe shop in Ferriday, La., in the 1950s. He was killed when his shop burned down in 1964. Courtesy of the Concordia Sentinel and William Brown hide caption 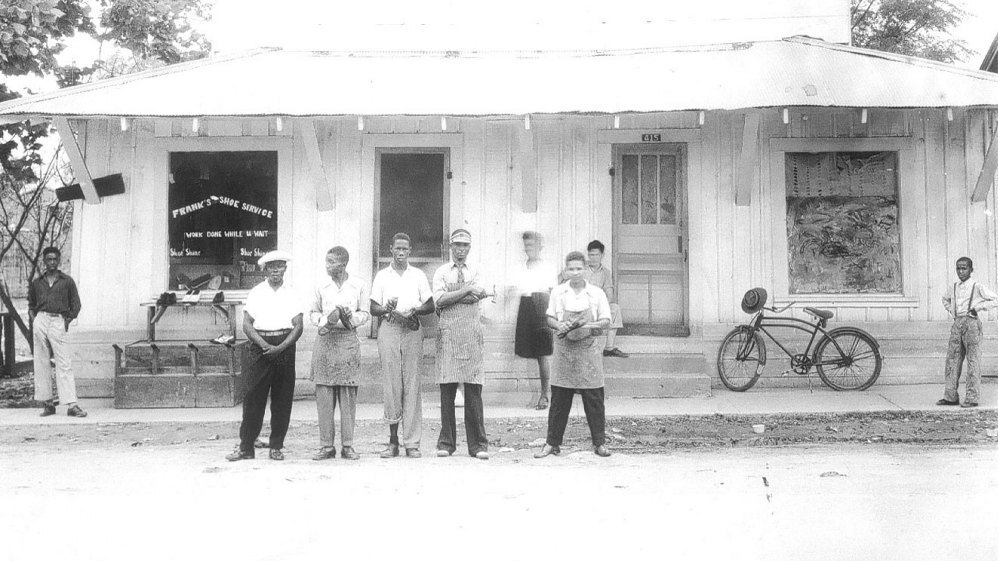 Frank Morris (in the apron and visor) stands in front of his shoe shop in Ferriday, La., in the 1950s. He was killed when his shop burned down in 1964.

Six years ago, the FBI took on a challenge: To review what it called cold-case killings from the civil rights era. The investigation into 112 cases from the 1950s and 1960s is winding down, and civil rights activists are weighing the FBI's efforts.

The review comes with word this week of the death of a man who'd been named, by a newspaper investigation, as a possible suspect in one notorious case.

The investigation was of the death of Frank Morris, in Ferriday, La., in 1964. Morris was a successful black businessman, the owner of a small shoe shop. His business success — and the respect for him from some white residents — made other white residents resentful.

On a December night in 1964, a group of men set his shop on fire. Morris was inside and burned in the fire.

In 2011, Stanley Nelson, the editor of The Concordia Sentinel, the weekly newspaper in Ferriday, revealed that a suspect in the case was still alive. The man had been implicated by members of his own family, and they spoke to Nelson.

That case was featured on NPR in two stories in January and February 2011. The man denied he'd been involved.

This week, the man died.

An FBI official on Friday told NPR in a statement that the agency had "diligently pursued the information," but "turned up no credible evidence" to link the man to the killing.

Justice In The Segregated South: A New Look At An Old Killing

But Paula Johnson, law professor and co-director of the Cold Case Justice Initiative at Syracuse University, called on Congress to hold hearings to see whether the FBI has done enough to investigate Morris' and other cases.

"We would want a much more accelerated pace to these cases," she says, "and that's the thing that we're calling for."

The Emmett Till Unsolved Civil Rights Act, passed by Congress in 2008, provided $10 million annually for the FBI and the Department of Justice to investigate unsolved, racially motivated killings from before 1970. One of the lead proponents of that law says he's "disappointed overall" in its implementation.

"[There] never was a very aggressive outreach effort to find evidence and witnesses," says Alvin Sykes, president of the Emmett Till Justice Campaign.

'Between A Rock And A Hard Place'

But other civil rights activists, including Richard Cohen of the Southern Poverty Law Center, say the FBI has done a lot with some very difficult cases.

"At the time they announced the initiative in 2007, what I said was that justice in a few cases was going to have to serve as a proxy for justice in many," Cohen says. "Because the reality is, after all of that time, there were very few cases that were probably going to be [prosecutorial]."

Cohen says the FBI took on a difficult — and rather thankless — task.

"What concerned me at the time was raising false hopes in so many family members for whom justice had long been denied," says Cohen, whose group was among the most vocal in calling for the FBI to review these old cases. "So I think the FBI has had a long public relations issue in dealing with expectations. ... The FBI was between a rock and a hard place."

After nearly 50 years or more, evidence had been lost. Suspects and witnesses had died. Or memories had faded. Federal authorities had limited legal jurisdiction in these old cases.

Now the FBI is winding down the Cold Case Initiative. The vast majority of cases have been closed, with no action taken. And of the just 20 cases still open, there's been no breakthrough to suggest any more of them can be solved.