Accessibility links
Internships: Low-Paid, Unpaid Or Just Plain Illegal? Fed up with working for free, some interns are suing their employers. Last week, a judge ruled that interns could not sue the Hearst Corp. as a class action, which could be a legal setback for young workers tired of exploitative unpaid internships. 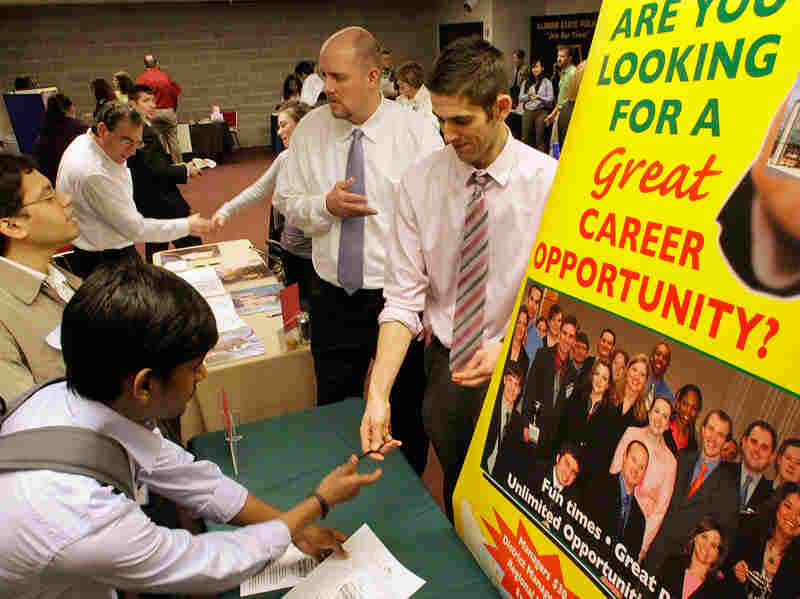 Students fill out applications during a job fair at the University of Illinois Springfield in February. Fed up with working for free, some interns are suing their employers. Seth Perlman/AP hide caption 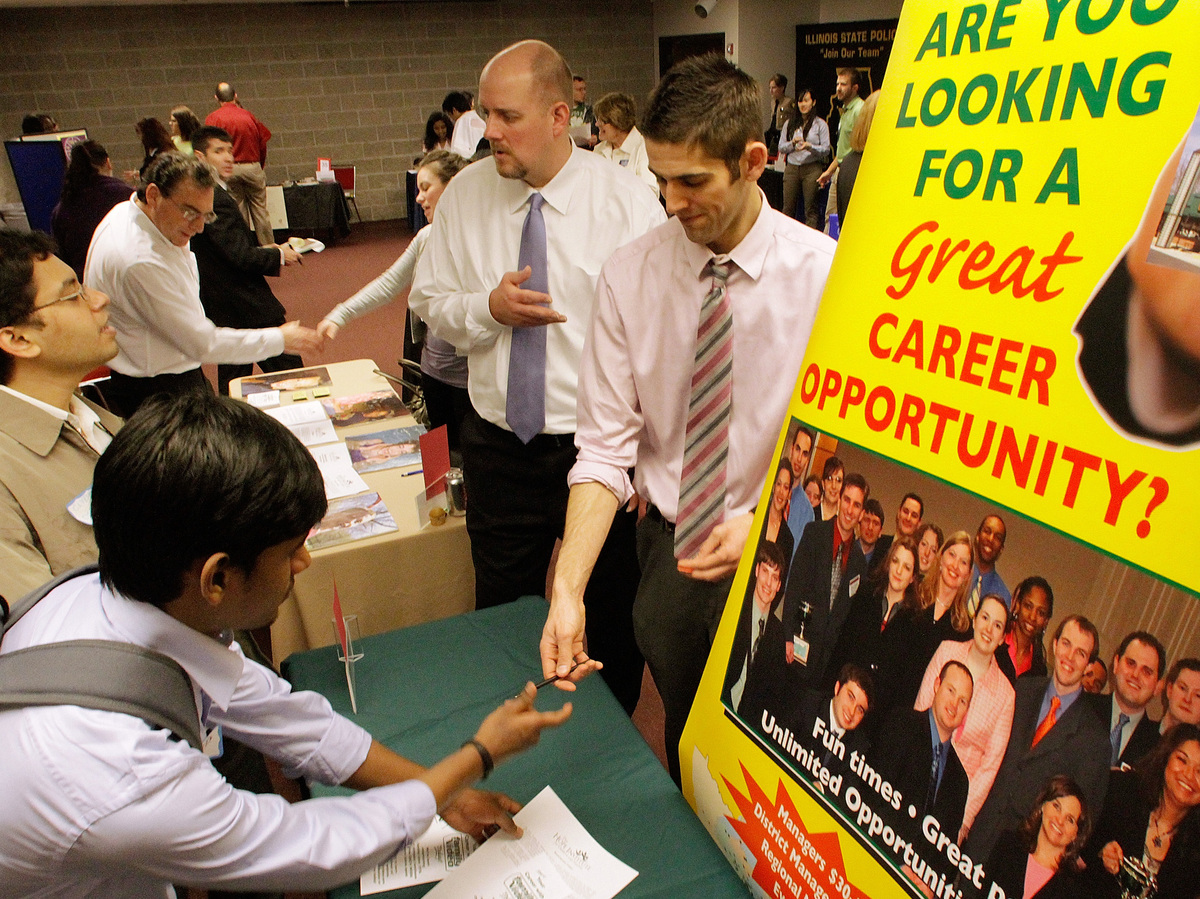 Students fill out applications during a job fair at the University of Illinois Springfield in February. Fed up with working for free, some interns are suing their employers.

Summer is almost here, and with it comes the army of interns marching into countless American workplaces. Yet what was once an opportunity for the inexperienced is becoming a front-line labor issue.

More and more, unpaid and low-paid interns are feeling their labor is being exploited. Some are even willing to push back — with lawsuits.

One of the most high profile intern-versus-employer lawsuits suffered a setback last week that could have implications for other cases. A judge in New York ruled that a group of 3,000 unpaid interns could not sue the Hearst Corp. as a class, but would have to file individual cases against the company.

"It is important, and it is a setback in the sense that it becomes harder for groups of interns to get together, and it makes it less likely that lawyers will take those cases," Ross Perlin says.

Perlin knows the plight of the unpaid intern well. A former intern himself, Perlin was inspired by his experiences to write his first book, Intern Nation: How to Earn Nothing and Learn Little in the Brave New Economy.

"The internship has become virtually a requirement for getting into the white-collar workforce, certainly. It's something that the majority of students at four-year colleges do at least once before they graduate. Many do it two, three, four more times," Perlin says.

"An estimated quarter or third of all internships are unpaid, many more are low-paid as well," he adds. "So those are the ones we're really focusing on because there are thousands of internships each year in the U.S. that are illegal according to the law."

Perlin offers a few red flags to look out for when deciding on an internship program. "If they're asking for somebody who has deep experience with Photoshop, can design websites, and has lots of other experience, and then they're saying, 'Oh, sorry, we're actually not going to be able to pay.' "

If a company's offering school credit, Perlin says, that should also raise a red flag because school credit is given out by schools. "That really shouldn't come into play unless there is a real relationship between an employer and a given college," he says.

Of course, good internships aren't illegal or exploitative. If the company has an established intern-training program, has a designated intern coordinator and details the skills interns will learn, Perlin says, chances are that intern will have a good experience.