Accessibility links
Impossible Choice Faces America's First 'Climate Refugees' The U.S. Army Corps of Engineers says the tiny town of Newtok, Alaska, could be completely underwater by 2017. Its 350 residents must relocate or stay to face the floods, but a move is easier said than done. 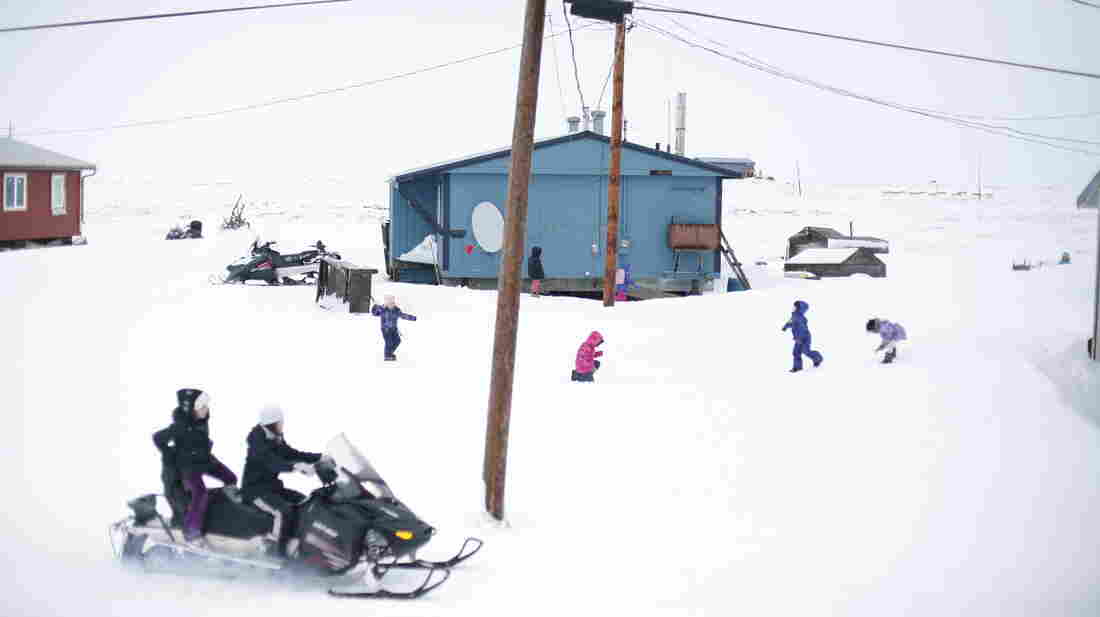 The 350 residents of Newtok, Alaska, will soon be the country's first "climate refugees." The U.S. Army Corps of Engineers says the village is likely to be underwater in just four years. Richard Sprenger/The Guardian hide caption 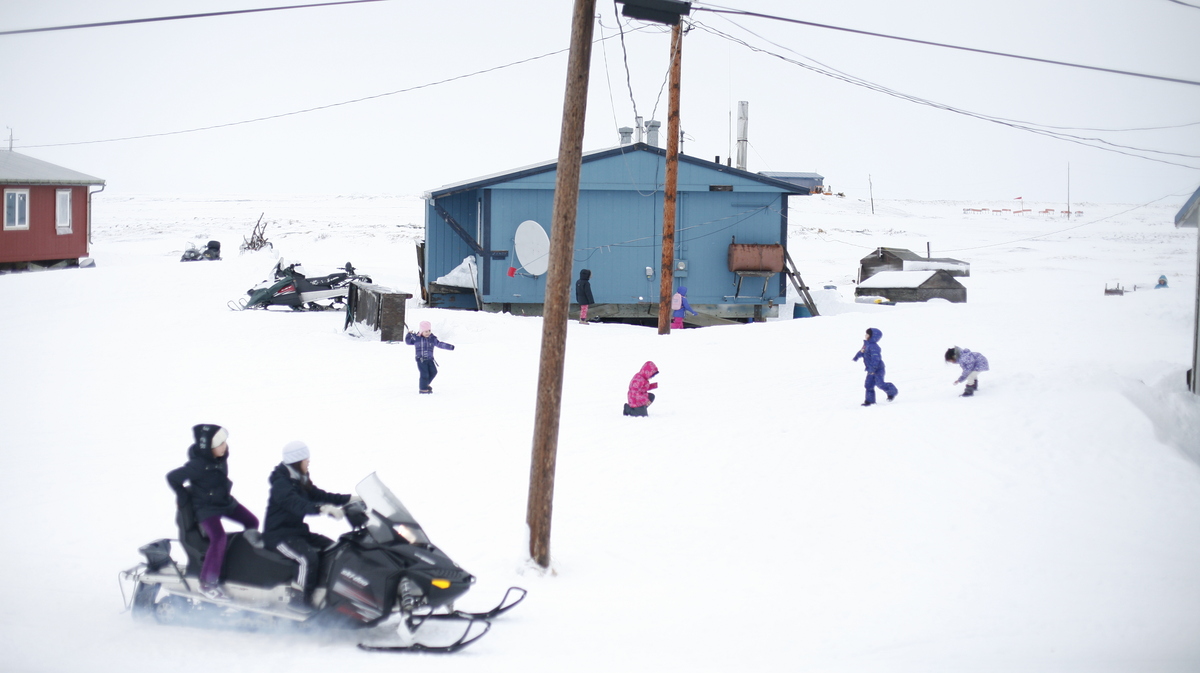 The 350 residents of Newtok, Alaska, will soon be the country's first "climate refugees." The U.S. Army Corps of Engineers says the village is likely to be underwater in just four years.

Climate change is a stark reality in America's northernmost state. Nearly 90 percent of native Alaskan villages are on the coast, where dramatic erosion and floods have become a part of daily life.

Perched on the Ninglick River on the west coast of the state, the tiny town of Newtok may be the state's most vulnerable village. About 350 people live there, nearly all of them Yupik Eskimos. But the Ninglick is rapidly rising due to ice melt, and the U.S. Army Corps of Engineers says the highest point in the town — a school — could be underwater by 2017.

Suzanne Goldenberg, a U.S. environmental correspondent for The Guardian, spent time in Newtok and published a series this week on the plight of its residents, whom she calls America's first climate refugees. She told weekends on All Things Considered host Jacki Lyden that the rising river poses the greatest risk.

"The river is basically stealing the land out from underneath the village," she says. "Every year during the storm season, that river can take away 20, 30, [even] up to 300 feet a year. ... It just rips it off the land, away from the village in these terrifying storms."

The town, like many others in coastal Alaska, is situated on a broad plain that becomes a mud flat every summer when the snow melts.

"There's no high point there," Goldenberg says, "because so much land is being lost every year. Every year the storms get worse, every year the flood gets more intense."

The Yupik Eskimos who live there are intimately connected to the land, Goldenberg says, where they've fished and hunted for centuries. All that time they have built a culture and tradition that comes from depending on each other in a harsh environment.

But changes in the climate have meant changes also to those centuries-old routines, according to some of the village's residents, who spoke with Goldenberg and her videographer Richard Sprenger. 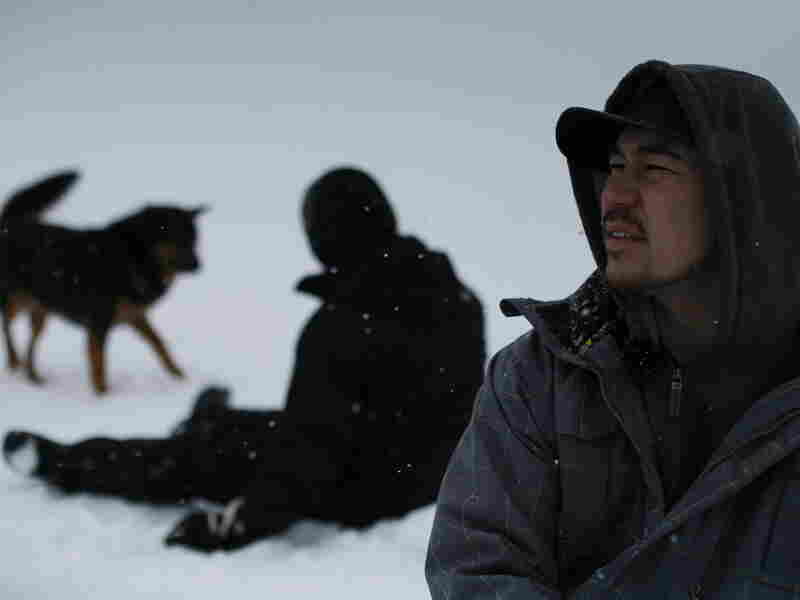 Newtok resident Nathan Tom has no doubts that global warming is real. "It's changing a lot," he says. Richard Sprenger/The Guardian hide caption 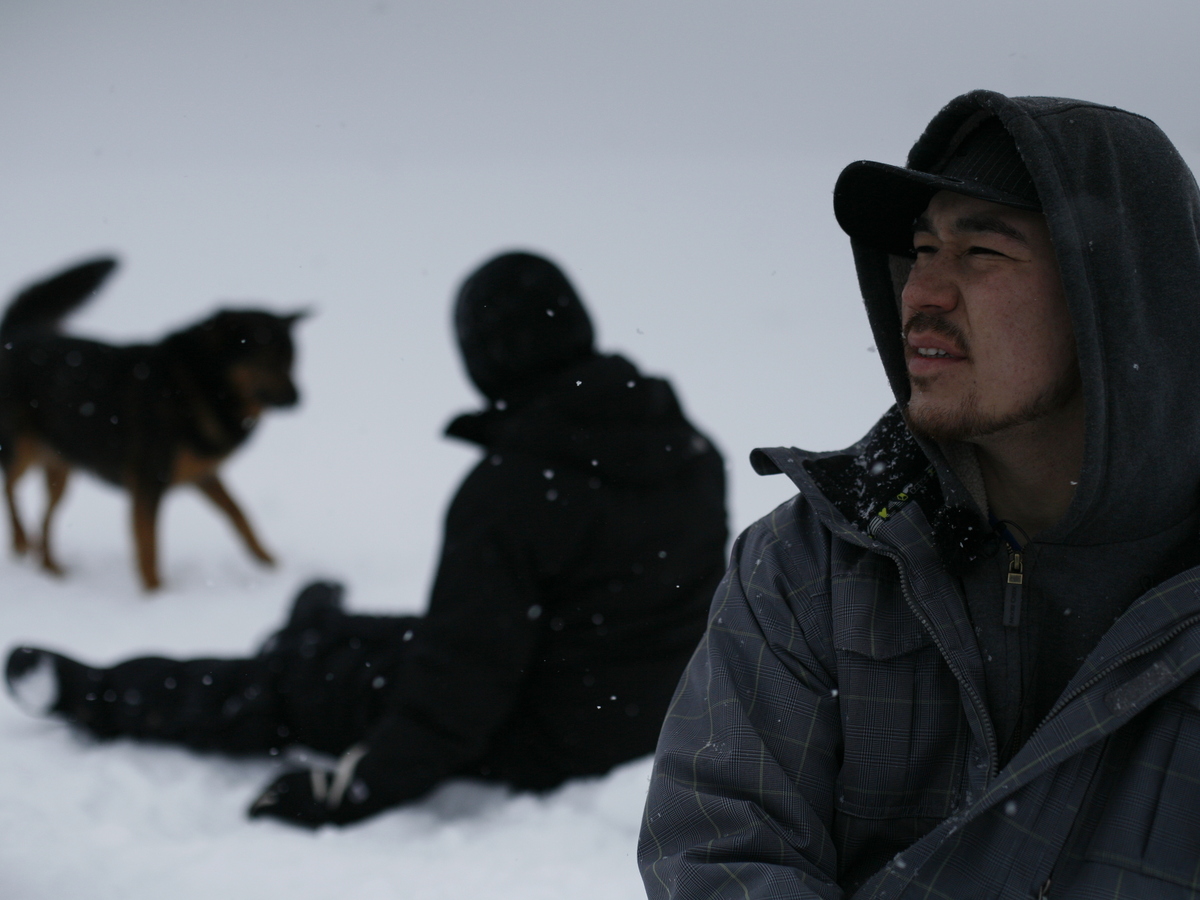 Newtok resident Nathan Tom has no doubts that global warming is real. "It's changing a lot," he says.

"The snow comes in a different time now. The snow disappears way late," says villager Nathan Tom. "That's making the geese come at the wrong time. Now they're starting to lay eggs when there's still snow and ice. We can't even travel and go pick them. It's getting harder. It's changing a lot."

Some of the townspeople are eager to relocate, and others would rather not. A new site — about 9 miles away — has already been selected, but residents are dubious about when a move could happen.

"I'd rather stay here, where I grew up," resident Tom John says. "I love Newtok, you know. I don't want to move to somewhere else."

There are also the financial considerations. The U.S. Government Accountability Office has estimated that the cost of moving Newtok — with 63 homes — might reach $130 million. The people of Newtok do not have that kind of money, Goldenberg says.

"These people are living well below the average income of other Americans. They're able to live that way because they hunt and fish for what they eat," she says. "So they can't all of a sudden go and build and pay for new houses on the other side."

The money has not been forthcoming from the government either, Goldenberg says. Neither the state nor federal government recognizes climate change as a disaster for the appropriation of relief funds.

"It's not as if you suffer a drought, suffer a hurricane, suffer a tornado, and you can apply for disaster relief," she explains, "because climate change moves too slowly to be recognized as a disaster, and because you need to move people now, before the disaster occurs."

That leaves the Yupik people of Newtok in limbo, Goldenberg says. Some villagers are hoping the move to the new site can begin this summer. The U.S. Army Corps of Engineers says there is no possible way to protect the village of Newtok where it stands now.