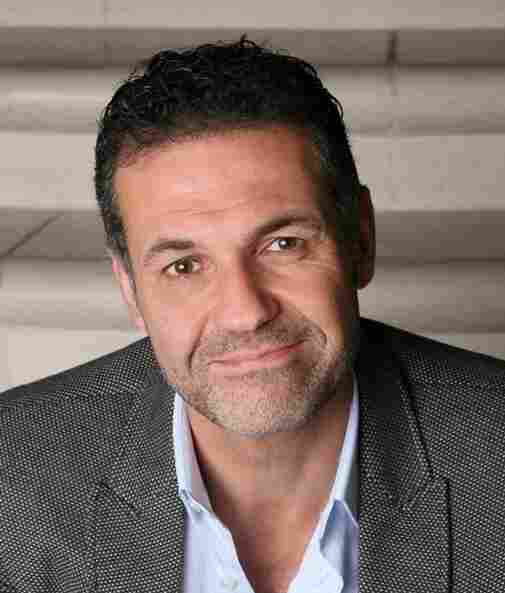 Khaled Hosseini was born in Afghanistan and moved to the U.S. as a teenager. He was a physician before he published his first novel, The Kite Runner. Elena Seibert/Riverhead Books hide caption 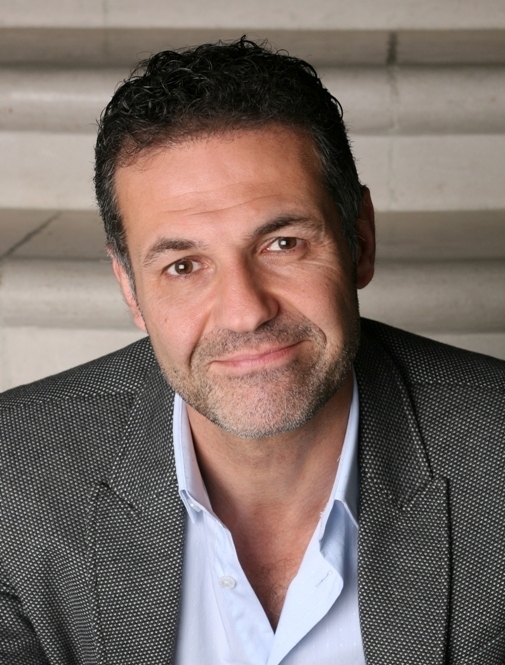 Khaled Hosseini was born in Afghanistan and moved to the U.S. as a teenager. He was a physician before he published his first novel, The Kite Runner.

There was a time around 2003, before e-books and e-readers, when it seemed that everywhere you turned — in an airport, on a bus or anywhere people read — people were lost in The Kite Runner. An epic tale set in Afghanistan, the book sold more than 7 million copies in the U.S. and catapulted the author, Khaled Hosseini, onto the global literary stage.

Hosseini followed that success with another book about his homeland, A Thousand Splendid Suns, which also became a best-seller.

Six years later, Hosseini has written a third heart-wrenching tale, set in Afghanistan, California, Paris and the Greek islands. And The Mountains Echoed is a story about family — specifically the siblings Abdullah and Pari, separated at a young age. Early on in the book, a young Abdullah thinks that he would rather forget Pari than be haunted by her memory:

Abdullah would find himself on a spot where Pari had once stood, her absence like a smell pushing up from the earth beneath his feet, and his legs would buckle, and his heart would collapse in on itself ... Pari hovered, unbidden, at the edge of Abdullah's vision everywhere he went. She was like the dust that clung to his shirt. She was in the silences that had become so frequent at the house, silences that welled up between their words, sometimes cold and hollow, sometimes pregnant with things that went unsaid, like a cloud filled with rain that never fell. Some nights he dreamed that he was in the desert again, alone, surrounded by the mountains, and in the distance a single tiny glint of light flickering on, off, on, off, like a message.

Hosseini talks with NPR's Rachel Martin about the image that inspired the book, the pressures of success and why he considers all his novels love stories. 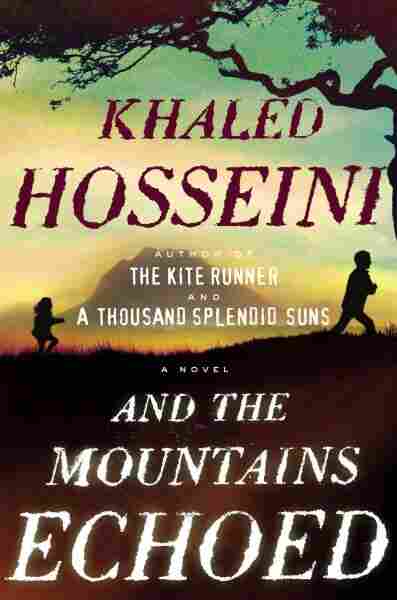 And The Mountains Echoed

"It begins in 1952. Abdullah and Pari — Abdullah is 10 and Pari is 3, and they're living in a remote and impoverished village with their father and their stepmother and their baby stepbrother. And the family finds itself at a critical point. They've lost a baby to the winter the year before, and winter is around the corner again, and the family is desperate to survive the winter, and they're about to make a decision that is going to change the lives of these two characters, Abdullah and Pari. And it's this decision which ends up splitting the brother and the sister, which informs, really, the heart of the book."

On the role of memory in the novel

"In some ways, I see the characters in this book, as with all of us in real life, as victims of the passage of time. And memory is the way ... we gauge that. So memory is a recurring theme in this book and the question is raised a number of times about whether memory is a blessing — something that safeguards in all the things that are dear to you — or is memory a curse — something that makes you relive the most painful parts of your life, the toil, the struggle, the sorrows."

On why the book shifts between many different characters' perspectives

None of my novels feel finished to me. I mean, if I had my way I'd go back and add and edit and take out and reshape. But at some point you do have to stop.

"It kind of happened that way as I wrote it. The novel began very, very small, and it began with a single image in my head that I simply could not shed: ... It was the image of a man walking across the desert and he's pulling a little Radio Flyer red wagon, and in it there's a little girl about 3 years old, and there's a boy walking behind him, and these three people are walking across the desert. And I had no idea who they were, or why they were walking across the desert, what the story was behind them, what their dynamic was. And I sat down to explore that. And then it just kept snowballing. I began to see backstory, and I began to see how what happened to these three characters, particularly the little girl and the little boy, would have such a profound impact, not only on their life but on the lives of so many different characters. And I listened to the voice of those other characters, and I went chasing them."

On whether the book feels finished

"No, I would love to go back and write two, three, or four or five more [chapters], but at some point somebody has to stop you. None of my novels feel finished to me. I mean, if I had my way I'd go back and add and edit and take out and reshape. But at some point you do have to stop."

"Part of it was as I wrote the characters, it just kind of, the way it came to me and the way they were shaped, their struggles turned out to be far more intimate and personal. I mean, often it had to do with loss — of memory, of faculty, of love — and so the impact of the toil in Afghanistan is still there, but I think its effect on the lives of the characters is less resounding.

"I hope a day will come when we write about Afghanistan, where we can speak about Afghanistan in a context outside of the wars and the struggles of the last 30 years. In some way I think this book is an attempt to do that."

On the kinds of relationships his novels have explored

"I think at the core, all three of my books have been love stories — and they haven't been traditional love stories in the sense that a romantic love story between a man and a woman, you know, they've been stories of love between characters where you would not expect love to be found. So it is always these intense relationships that form under unexpected circumstances. And it's the same with this book — there are a number of instances where you have relationships between characters that are very intense and life-changing and yet they're between people you would not expect it to happen. And for some reason I'm drawn to that. I love writing about that. I'm not very interested in writing about sort of traditional, romantic love — I think that's something that's in my books, but not one that I seem to be all that interested in."

"I don't feel any pressure to be ... 'successful' in economic or commercial or number of books sold and so on. The real angst comes from the very real possibility that one day I will sit, and I will have nothing more to say. Because I enjoy so much the process of writing — losing myself in another person's life, kind of going off to these imaginary places and looking up from the computer and eight hours have passed and I have no idea where they went. And writing things that, to me, feel intimate and real and genuine. I don't take that for granted. So the pressure that I feel inside is, what if that ends someday and I've said everything I have to say? And I think a lot of writers have that, and that's something very real every time I sit at the computer. That's a presence in the room with me."

On where he finds inspiration

"I'm kind of like those big satellite dishes that are constantly on and waiting to hear voices from outer space, like in Contact. My mind is always like that. I'm always open and just kind of waiting to receive some kind of hint about something that will compel me, and that's kind of how this book happened. I just kind of had a very open mind and I was waiting for something to happen, and it just really, literally like a flash of lightning, out of the blue, this image of these three people walking across the desert, and that was just the seed from which everything else came."

Read an excerpt of And The Mountains Echoed