Accessibility links
Three-Minute Fiction: Ten Ring Fingers She found the first ring on a night that smelled of body odor and beer. The bar's last customers had finally given up hope of taking her to bed and staggered away, leaving her to clean the stains of their desperation. 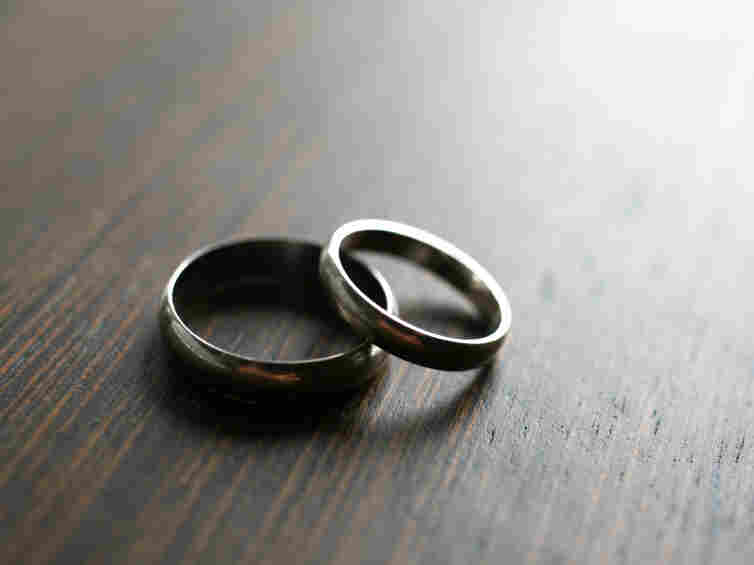 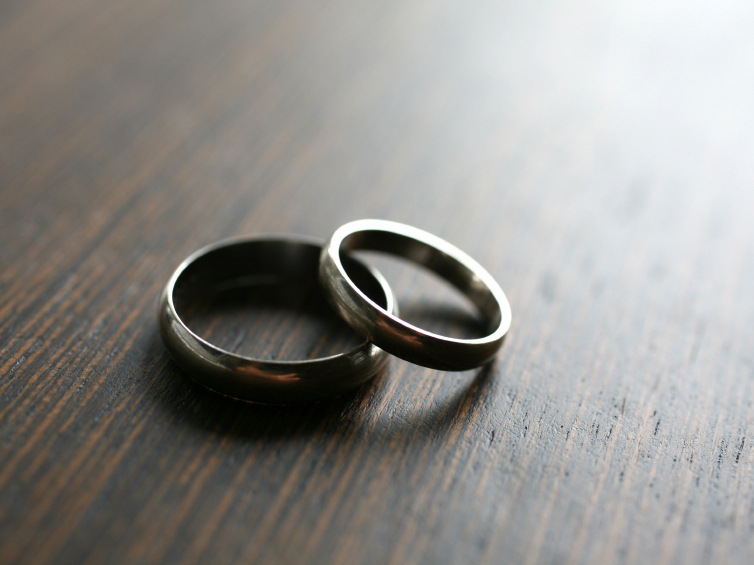 She found the first ring on a night that smelled of body odor and beer. The bar's last customers had finally given up hope of taking her to bed and staggered away, leaving her to clean the stains of their desperation. She mopped the floor as quickly as possible to escape the place that made her feel uncomfortable in her own skin.

A glimmer of gold caught her eye. She bent down and pulled the thin metal band from a pile of grime. It was the first time she saw a wedding ring devoid of a ring finger; she wondered where the naked finger was now, and whether it felt exposed or liberated.

The next day, a frazzled middle-aged man scurried into the bar and asked her if she had found his wedding ring. She remembered seeing him with a brunette woman the night before, a woman who wore no rings.

She smiled apologetically and promised to let him know if it turned up. As soon as he left the bar, she slipped the ring onto her finger. That night, no men lingered around and she closed the bar a half hour earlier than the night before.

She found the second and third rings later that week. One was wedged between the wall and bar counter and the other lay near the main entrance. This time, two women entered to claim them, wearing the same clothes as the night before. She gave them the same answer she had given the first man. They glanced down at the three rings piled on her finger and left without saying anything.

She had spent little time in her life thinking about marriage, but now it invaded her mind. Every time she found a stray ring, she cleaned it and pretended like it was brand new, made especially for her. She entertained fantasies of the handsome men who had given her these rings, and although they always had different nationalities and personalities, they shared their mutual adoration for her.

In a few months time, every inch of her fingers was adorned with wedding rings.

Serving beer with metallic hands proved to be an arduous task, as the glasses kept slipping from her grasp. She no longer bothered to peek inside the tip jar in between serving customers: she knew that it would be empty. Her manager politely asked her if she could remove her rings during work hours, but she could not bare the thought of losing Adam, Julian, Pablo, Manuel, Conrad, Griffin, Nadim and Alex.

She made the mistake of coming to work five minutes late on a Friday night and found her manager waiting for her with his arms crossed. It was the first time she had ever been fired and all she could think about was how happy she was to have the rest of the night alone with her dreams.

As images of blue eyes and well-defined cheekbones swirled about in her mind, she sunk into her bed and allowed her body to leave an imprint on the mattress. She felt as if her body was the same, and yet the outline of her hands had changed. The indentations of each ring left a pronounced mark on the bed, making the shape of her finger resemble a caterpillar or centipede. They wormed their way around her mattress and became their own separate entities, shedding the rest of her body completely.