Accessibility links
Deke Sharon Makes A Cappella Cool Again The movie Pitch Perfect has plans for a sequel in 2015; NBC's reality show The Sing-Off is coming back for its fourth season after being cancelled, and Pentatonix has millions of hits on YouTube for making awesome videos like "The Evolution of Music." The father of contemporary a cappella explains the genre's appeal. 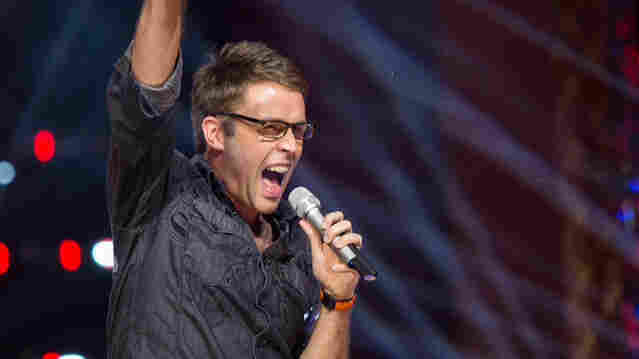 Deke Sharon performs on the Chinese edition of The Sing-Off in 2012. Courtesy of the artist hide caption 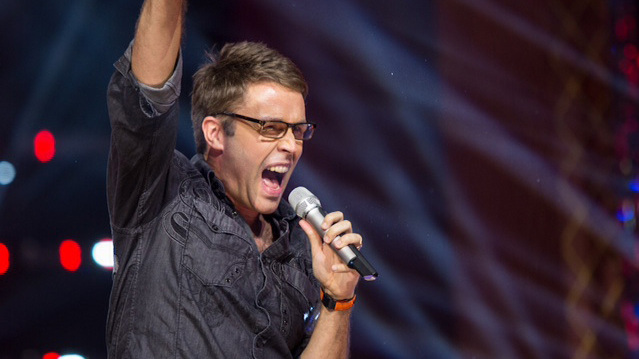 Deke Sharon performs on the Chinese edition of The Sing-Off in 2012.

The movie Pitch Perfect has plans for a sequel in 2015; NBC's reality show The Sing-Off is coming back for its fourth season after being cancelled, and Pentatonix has millions of hits on YouTube for making awesome videos like "The Evolution of Music."

The a cappella group, Pentatonix, sings the entire history of music in this YouTube medley.

The days of doo-wops and barbershop may be over, but a cappella is officially cool again, thanks to Deke Sharon.

Sharon, the founder of the Contemporary A Cappella Society, has been singing and arranging music for almost three decades. He is the vocal producer of both The Sing-Off and Pitch Perfect, and sings with his own group, The House Jacks.

Sharon talks to Jacki Lyden, host of weekends on All Things Considered, about how he got involved in a cappella and the genre's popularity.

On how he got involved in a cappella:

"Well, it is easy to say I was the kid in the back of the class making funny noises like Robin Williams, but I was actually the kid sitting in the front row, snotty and sucking up to the teacher. So, all of these sounds were developed slowly over time. I think all people who sing a cappella sing along with the radio, but they don't sing the melody, they sing the harmony and then they start singing the guitar part, and they start making up drum sounds. And before you know it, it's, I mean, there's no turning back."

On how a cappella changed to its current form:

"Back 100 years ago, barbershop was just guys getting together singing current pop music. Fifty years ago, doo-wop, the street corner thing, they were just singing current pop tunes. So what we're doing now is no different. The real difference is that we're able to use our voices in a number of new ways that are able to fill out the sound, and really replicate the strong pounding rhythms and the full sonic spectrum, replicating instruments sometimes.
Back in the day when the Whiffenpoofs were started at Yale, collegiate a cappella was four-part singing. Now, if you've got 14 different guys, you're going to have 14 different parts sometimes. And you can really replicate a current pop song, which is electrifying for an audience."

On teaching the actresses in Pitch Perfect a cappella:

"Jason Moore, the fantastic director of this movie, set aside a month of 'a cappella boot camp,' he called it. And so I got together on that first day, we had one singer, Kelley Jakle, who was in two seasons of The Sing-Off as our kind of ringer, and then nine actresses, most of whom had maybe had a little bit of, 'Oh, I sang in chorus in middle school.' Let me tell you that first day I went home and I didn't sleep too much. I thought, 'Can we do this? Is this going to be possible?' But they really stepped up. ... And we just put them all on a crash course and they really rose to the occasion."