Accessibility links
Nonconservative Groups Say IRS Scrutinized Them, Too The IRS has admitted it flagged tax-exemption requests from groups with "Tea Party" or "Patriot" in their names starting in 2010. But some liberal groups and journalism organizations say their applications also faced long delays during the same period. 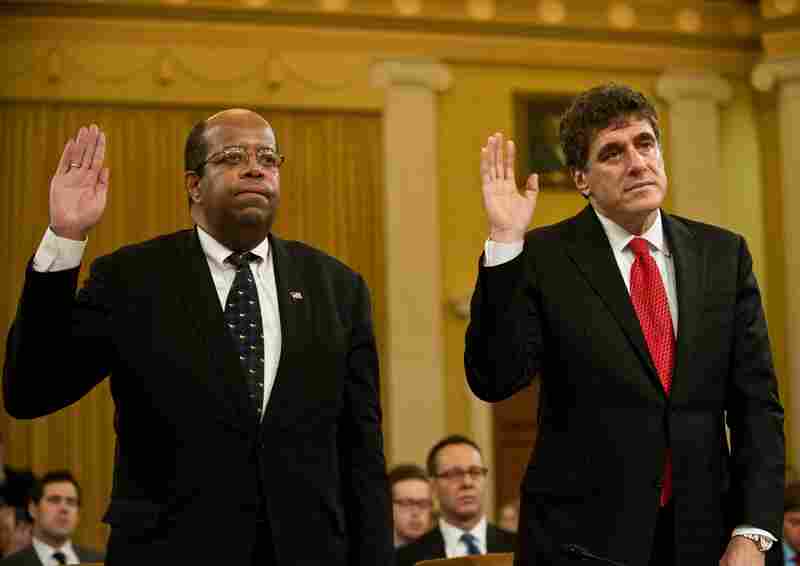 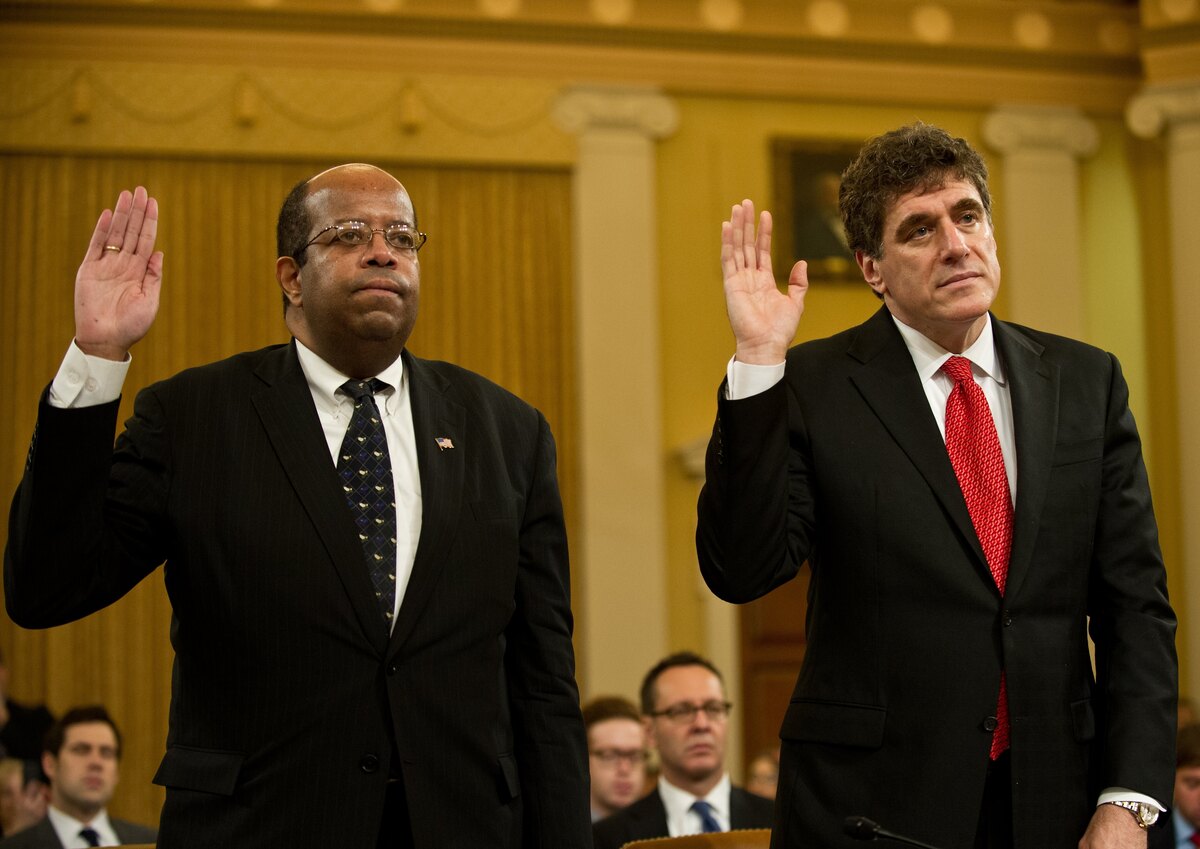 The IRS was in the hot seat Friday, with its outgoing acting commissioner testifying before a House committee. A Senate panel is scheduled for Tuesday. Congress is prodding to find out why the agency singled out conservative groups for special scrutiny.

Attention has focused on the IRS' flagging of these groups starting in 2010. But some liberal groups and journalism organizations say their applications for tax-exempt status also faced long delays and were closely scrutinized during the same period.

The year 2010 began a busy period for the IRS office in Cincinnati, the home of the tax-exempt determinations unit. That January, the Supreme Court handed down its Citizens United decision, which loosened the rules governing contributions to political causes and candidates. Applications flooded in to the office from groups seeking tax-exempt status, many with a political agenda.

An Austin, Texas-based progressive group, Progress Texas, was one of them. Its executive director, Ed Espinoza, says it took almost a year and a half for the IRS to review the application from his organization. The process included answering a detailed questionnaire.

In 2010, some 1,700 applications for 501(c)(4) tax-exempt status came into the Cincinnati office. That number nearly doubled by 2012. Yet according to the IRS Inspector General's report, just one person was originally given the task of sifting through the applications deemed politically sensitive. Marcus Owens, a former IRS official, says that's a lot of work for one staffer.

A Field Guide To Democratic Responses To Scandals

Why The IRS Scandal Is Built To Last

10 Things We Learned From the IRS Inspector General Report

"These were applications that were identified because they were likely to have issues that were complex, which means that they were going to take more time," Owens says. "So it seems like that would be more than one person could easily handle."

Another application that seemingly got caught up in the backlog came from a group of journalists in Chicago. The Chicago News Cooperative provided news for the Midwest edition of The New York Times. The co-op also sought tax-exempt status. Veteran journalist James O'Shea, a former managing editor of The Chicago Tribune, was in charge.

For more than two years, the Chicago News Cooperative waited for an IRS ruling. But without tax-exempt status, foundation support dried up, and the cooperative went out of business.

Progress Texas did eventually get its tax-exempt status. Espinoza says he has no trouble with the scrutiny his organization underwent.

"Look, if you want a tax exemption, you've got to jump through some hoops," he says. "You need to be able to demonstrate that what you're doing is legitimately a tax-exempt activity, and that's what we saw it as."

There's no sign the backlog of applications for tax-exempt status at the IRS has eased. Owens, now a tax lawyer in Washington, says according to the IRS website, the agency is now looking at applications made in March of last year. That means there are some 20,000 applications still in the queue.