Accessibility links
Seeing The (Northern) Light: A Temporary Arctic Retirement Inspired by a TED talk, Winston Chen quit his software job and moved from Boston to a tiny Norwegian island with his wife and kids. He spent the year enjoying the outdoors with his family and writing an iPhone app, something he would never have done without his self-imposed sabbatical.

By all the laws of anything, Winston Chen should not have quit his well-paying, midcareer job at a software company at age 40. But one day he was watching a TED Talk, one of those popular online video presentations, delivered by a New York designer.

"He presented this absolutely irresistible idea," Chen says. "He said, 'Why don't we take five years out of retirement and spread them throughout your working life?' "

So Chen told his wife, then 39, about it. At first, convention held them at bay. "We feel the gravitational pull of what you should do as well as anybody," he says. 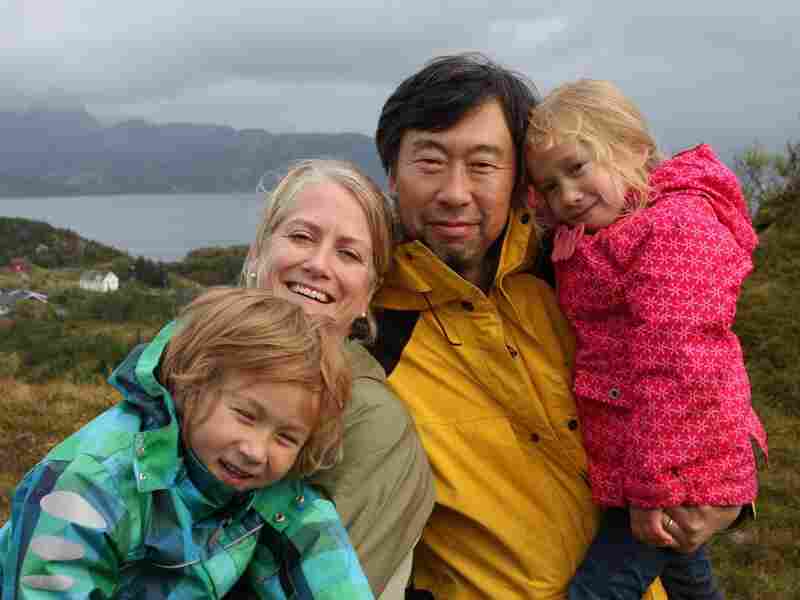 Marcus, Kristin, Winston and Nora (from left) left their "Arctic dream" in the summer of 2012 to return to Boston. Courtesy of Winston Chen hide caption 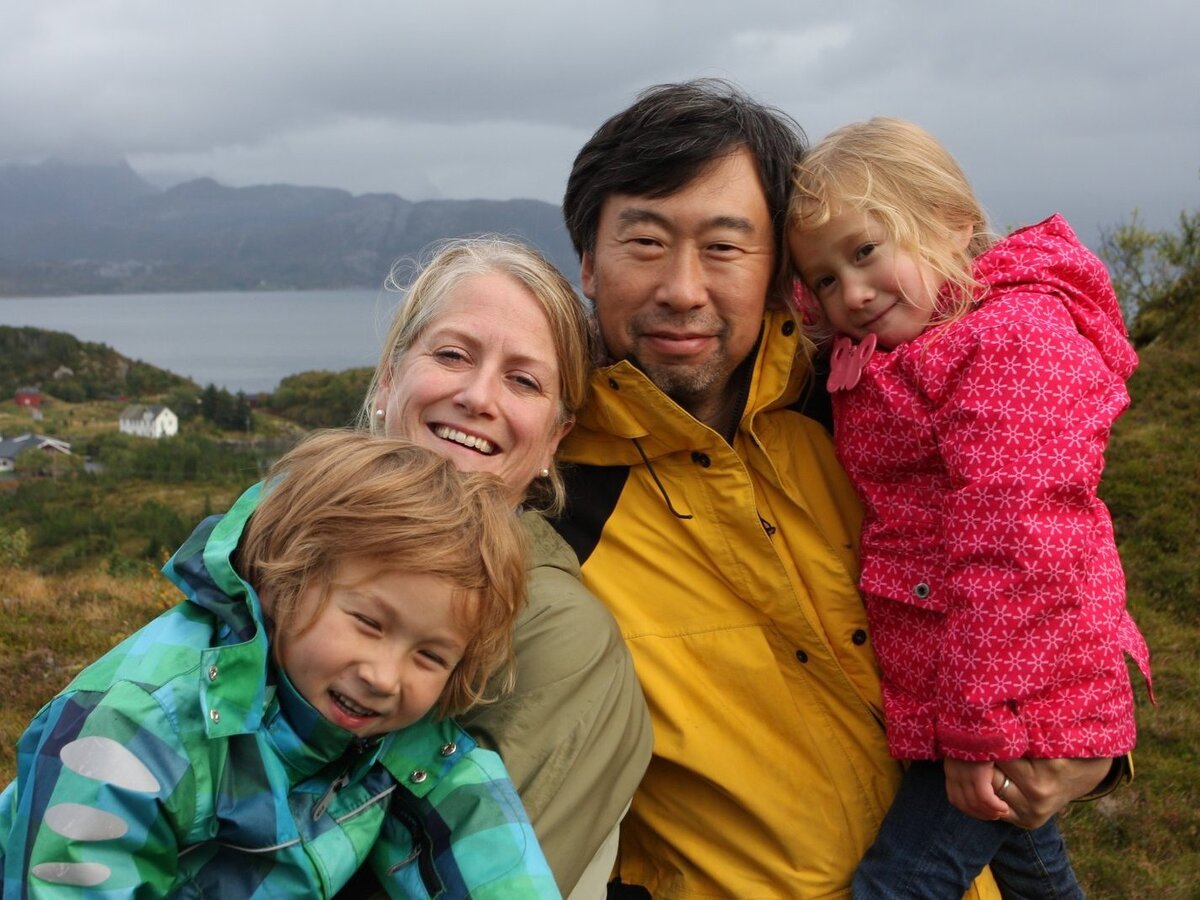 Marcus, Kristin, Winston and Nora (from left) left their "Arctic dream" in the summer of 2012 to return to Boston.

But two summers ago, they broke that gravitational pull. Chen took his family more than 3,000 miles away from Boston to Rødøy, a small granite island jutting from the Norwegian Sea north of the Arctic Circle. Chen's wife, Kristin Botnen, was born in Norway. But she says the move wasn't about returning home — or leaving home, either.

"For us, this was not an escape. We really liked our lives. But we still wanted a year where we could just do something completely different," she says.

Completely different. Winston and Kristin and their two kids, ages 4 and 6, used the daylight that burns into the wee hours to explore the island of fewer than 200 residents. In their home videos, they discover beaches so pristine, they look tropical — except the water is really cold.

They went out to fish for the big cod that roam the Barents Sea. They made chips by frying fish skin. They picked berries that bulged under the long Arctic sun and plucked eggs from seagull nests to cook for breakfast. It was wild, it was pristine. And then it got dark.

During the deep Arctic winter, the horizon held the sun down for months.

"I say the northern lights are the only consolation for the Arctic winter, which is otherwise dark and stormy and cold," Chen says.

"I don't think the cold got any of us," adds Botnen. "But the darkness — I think that could make any stable soul a little bit shaky." 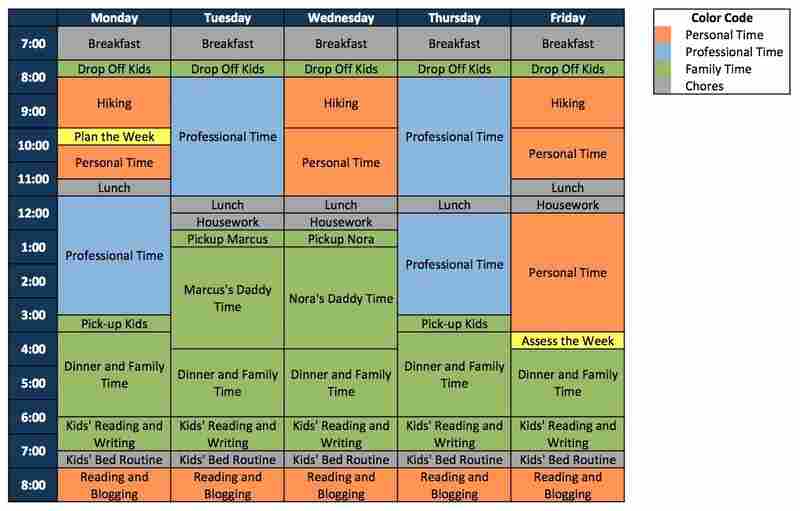 Chen made a to-do list for his yearlong retirement, mapping out his activities, by hour, on a spreadsheet. Courtesy of Winston Chen hide caption 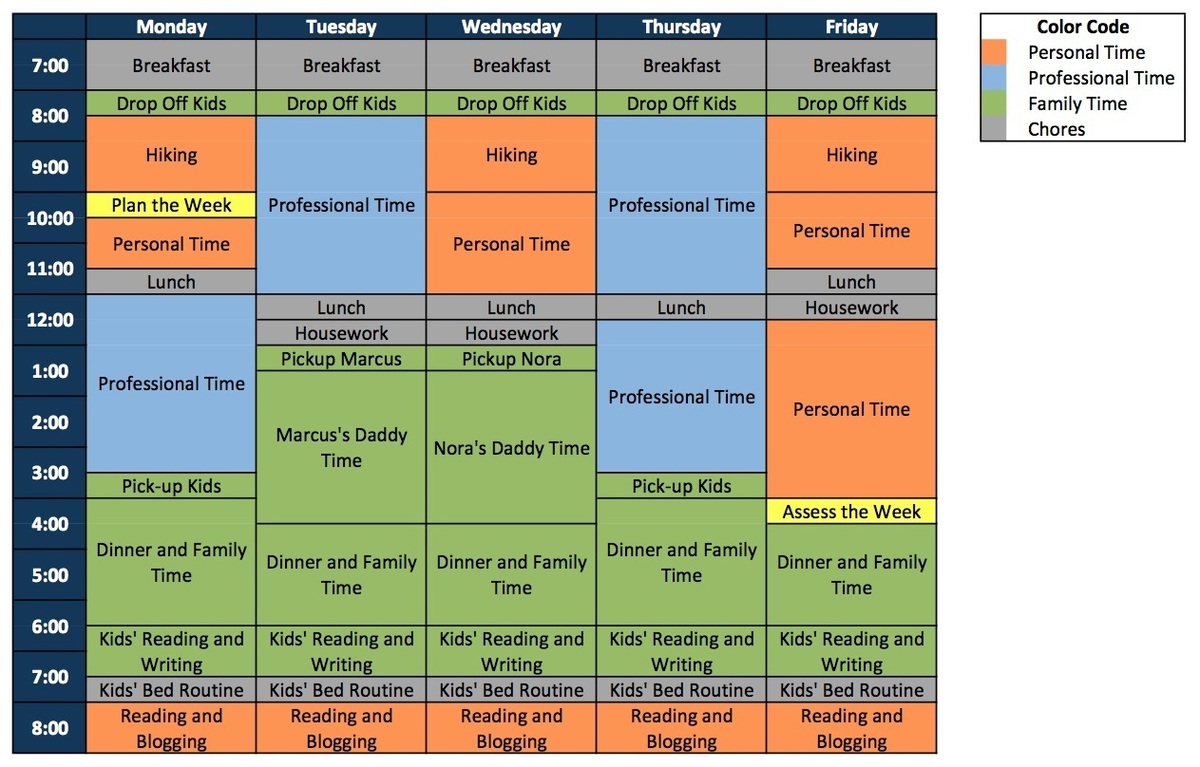 Chen made a to-do list for his yearlong retirement, mapping out his activities, by hour, on a spreadsheet.

To keep things stable, Chen mapped out an hourly schedule in a color-coded spreadsheet. It was basically a to-do list for his yearlong early retirement.

"I had oil painting, photography, blogging, learning Norwegian, learning how to play the ukulele, reading long books that I haven't had time to read," Chen explains.

And he also taught himself something new: He wrote an iPhone application that reads text out loud.

"Part of that was occupying my time when it got dark," he says, "so I wrote it without knowing that it would see the light of day."

But it did. Chen posted it on Apple's App Store under the name Voice Dream and people started buying it. Now selling more than 500 copies a week, at $10 each, it's sustaining the family on their return to Boston.

At home in their apartment, Botnen says the app did not make their Arctic adventure. "It's hard to measure success based on the end product," Botnen says, "because the process, and the year that we had, really was a good one."

A good year. A retirement year, inserted into their working ones. One year that helped them find unexpected riches, personal and professional.