Accessibility links
Interview: Phil Jackson, Author Of 'Eleven Rings' Jackson is famous for his philosophical take on basketball and for the many stars he led to championship triumphs. He taught his players yoga and gave them assigned reading — but also pushed them to intensely practice fundamental skills. His new book looks back on a legendary coaching career. 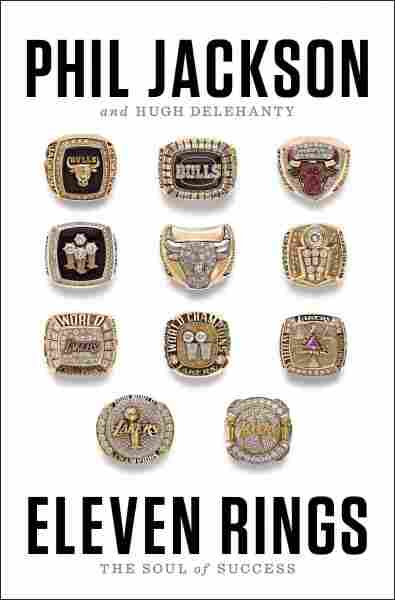 The Soul of Success

by Phil Jackson and Hugh Delehanty

Phil Jackson is famous not only for coaching stars — Michael Jordan and Scottie Pippen with the Chicago Bulls, Kobe Bryant and Shaquille O'Neal with the L.A. Lakers — but also for his distinctive "zen" approach to basketball. He introduced his teams to yoga and meditation, and regularly assigned his players books to read.

Jackson once gave O'Neal a copy of Siddhartha, a novel about a man's search for enlightenment. He joked that O'Neal should give him a book report — and then the star actually did. His report? "Story about a young man who's rich, famous, good-looking and has a lot of women — just like me."

A focus on philosophy and fundamental skills pervades Jackson's new book, Eleven Rings, which was co-written with a man who once interviewed him for a Buddhist magazine. Revealingly, the 11 rings of the title are the ones his teams won under his leadership; Jackson doesn't include the two rings he won as a player for the New York Knicks.

Jackson joins NPR's Steve Inskeep to talk about a 3-pointer he'll never forget, how to coach superstars while also cultivating team chemistry, and how he incorporated a lesson from a cellist on the court.

On Knicks coach Red Holzman's rules (see the ball; and hit the open man — that is, pass the ball)

"Defensively ... you have to be in a position so that you see the ball and your man. And in that process you can see if someone gets beat. You can see where the ball's at; if the ball's passed, you have a chance to intercept it. You're alert enough to get there.

"The offensive end, rather than force things ... or try to beat your own man individually, if you hit the open man, good things are going to happen in this game. ... That seems to be a premise that still holds true."

On a memorable last-minute shot

"That was in the finals, Chicago Bulls in 1993 versus the Phoenix Suns. And I'd rested Michael [Jordan] a considerable amount in the third quarter — kind of led to a slump in our offense — and we got him back in there and he scored a couple times, but Phoenix kept coming back after being down all game. At the end of the game we called a timeout; it was inside of probably about 18 seconds or so. ...

"All five players touch the ball. The ball goes to Michael, it goes ... to Scottie Pippen, and as Scottie starts to penetrate he hits Horace Grant, who's the open man. And Horace makes the penetrating move, and the defense collapses, and he hits John Paxson, who has been our most steady shooter over the course of these three championships, and he knocks down a 3-point shot. 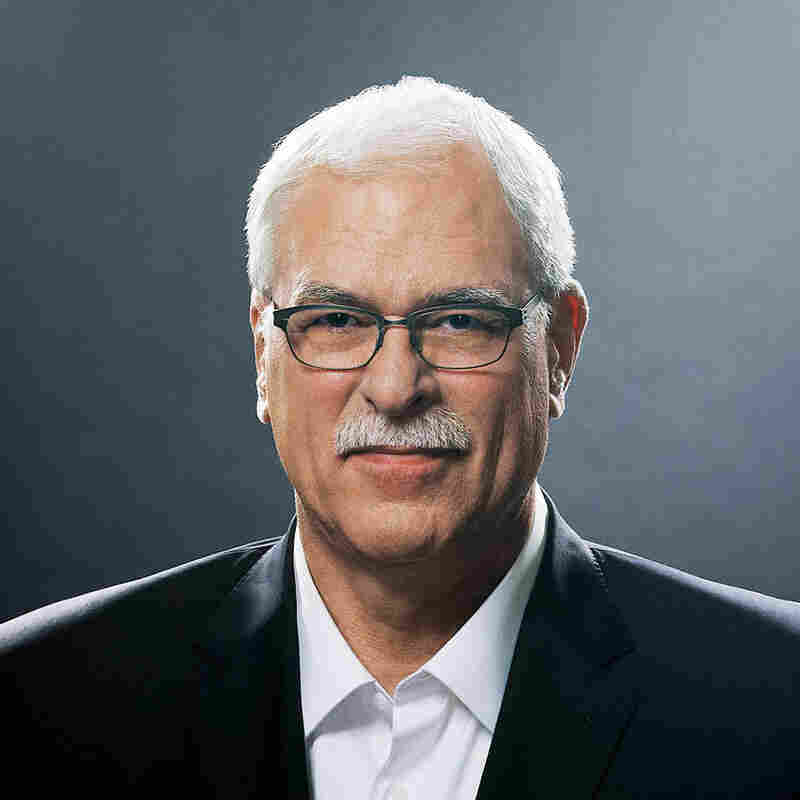 Phil Jackson was the head coach of the Chicago Bulls from 1989 to 1998, and of the L.A. Lakers for more than 10 years. Blake Little/The Penguin Press hide caption 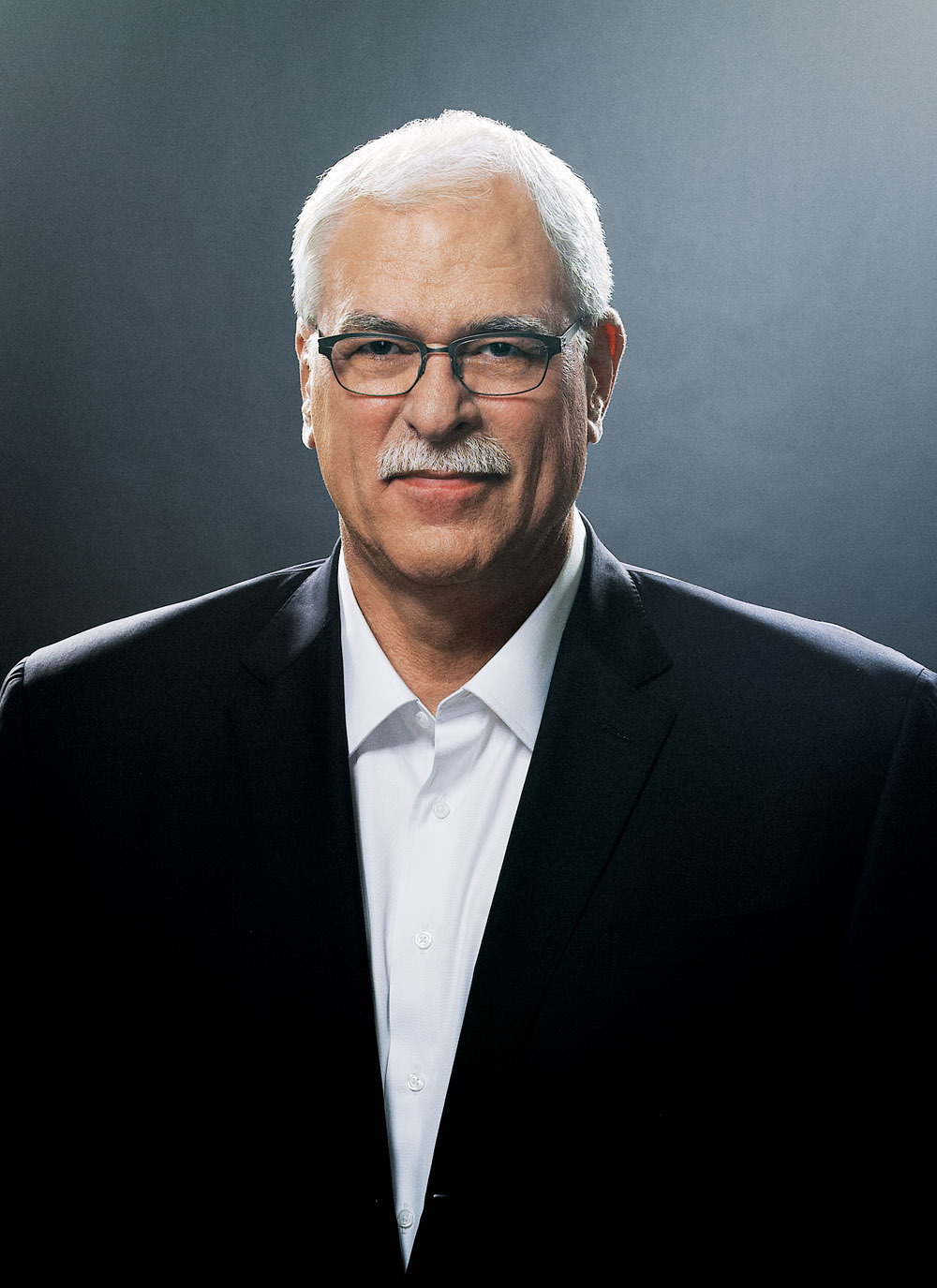 "It was a beautiful thing. It was a wonderful way to end an attempt to win three championships in a row. And that third one is always a difficult one to win."

"You have to have a superstar on your team to win a championship in this day and age. You may have to have two terrific players to do so. But the reality is, is that they have to incorporate all of their other teammates. We get very focused on that. The NBA has made a real issue about really making these superstars the premium that everybody wants to go to. That's their calling card and their marketing tool. But the coaches at the other end of the sphere are trying to make everyone on the team — even nine, 10, 11, 12[th-best players] — just as important, and have a real role that's meaningful.

"[Those players] are what make the atmosphere, and they are what make the esprit de corps what it has to be to be a genuine team effort. Because if they're pulling the wrong direction, if there's jealousy or there's just not the right attitude, it will eventually work its way into the group. And it's a cancer."

"I think once you're inside the room, you're on the court, you know, everything seems to work out quite OK. I think these players have been brought up in basketball, especially in America right now, where AAU basketball is becoming a dominant force, where they have just an accumulation of talented players — not a whole lot of practice time and not a whole lot of skill as far as fundamentals go, but a whole lot of talent and skill as far as shooting and scoring and driving. So this is a different generation that's learned that game, and so, as a consequence, a lot of my practices start out with just fundamental work. Learn how to stop with the ball and pivot with the ball and make passes, because that's basically the nuts and bolts of the offense that I worked with."

"They never rolled their eyes, but I know they were going, 'Oh, here he goes again' type of thing. I never saw them rolling their eyes. I got a lot of latitude. The guys gave me a lot of space to work with them, and I'm very fortunate for that."

Read an excerpt of Eleven Rings