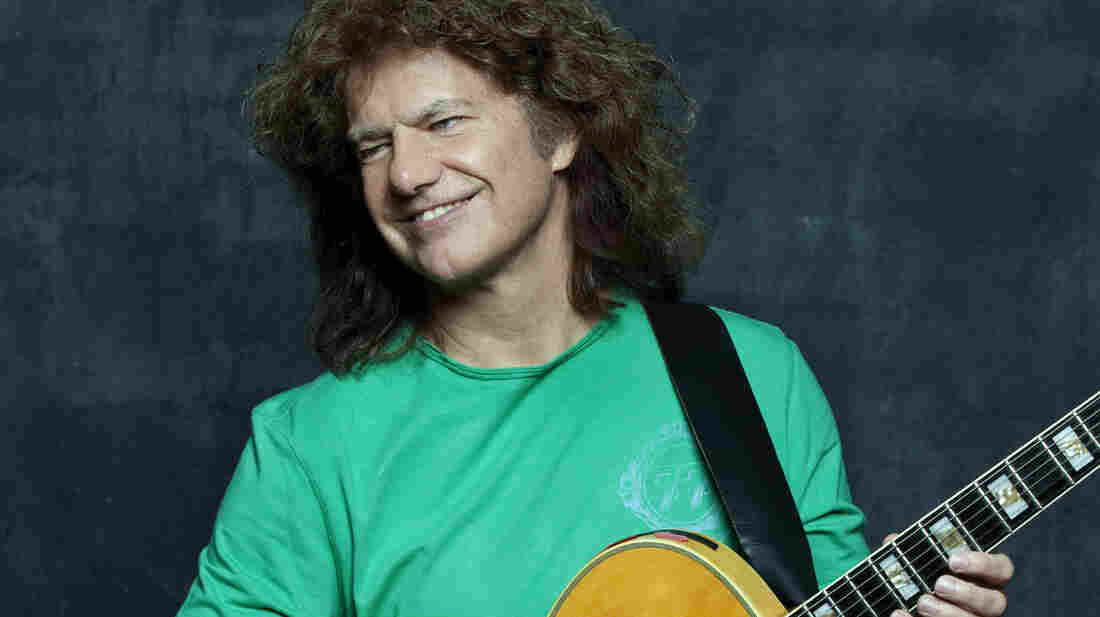 Guitarist Pat Metheny is revered for his bright, accessible modern jazz. Saxophonist and composer John Zorn is associated with much knottier, often dissonant experiments. Metheny's new Tap: John Zorn's Book of Angels, Vol. 20 unites these two known opposites of instrumental music, and the result is often intensely visual. (If for some reason a Hollywood film director asks me to suggest music to accompany an exotic Orient Express railroad caper, I'll be ready.)

Metheny has been making records for more than 30 years. Whether he's playing some sunny Brazilian fantasy with his Group, or exploring in a more cerebral mode with jazz legends, he thinks in terms of wide-open vistas. If he were a painter, he'd do landscapes, not portraits.

These Zorn compositions are part of a mammoth series of songs inspired by (and built around) the ancient scales of traditional Jewish music. Zorn started the project in the 1990s. It eventually ballooned to more than 500 tunes, the last 300 written in a three-month period. Metheny selected some of those for this album, and began recording them in his home studio between tours. He plays all of the instruments except drums, which are handled by his frequent collaborator Antonio Sanchez.

The collection begins with "Mastema," a fitful piece that suggests angry river rapids. The basic theme is provided by Zorn, but as with everything here, what he's written provides just an outline — it offers no guidance about instrumentation, mood or anything else. Metheny takes what's on the page and goes to work, conjuring. The result is an ornate, stunningly vivid sound world that neither artist would have found on his own.