Accessibility links
The First Web Page, Amazingly, Is Lost Ironically, there's one piece of Web history that can't be found online: the very first page. Now, a team at the lab where the World Wide Web was born is on a hunt for old hard drives and floppy disks that might hold copies of the missing files.

This is a 1993 screenshot from Tim Berners-Lee's Nexus browser, which was used to view and edit content on the World Wide Web. CERN hide caption

This is a 1993 screenshot from Tim Berners-Lee's Nexus browser, which was used to view and edit content on the World Wide Web.

Given the World Wide Web's ubiquity, you might be tempted to believe that everything is online. But there's one important piece of the Web's own history that can't be found through a search engine: the very first Web page.

Now a team at the lab where the World Wide Web was invented is seeking to restore that page, and other pieces of memorabilia from the earliest moments of the http:// era. They're on the hunt for old hard drives and floppy disks that may hold missing copies of early, valuable files.

The story of the Web began in 1989 at a European particle physics laboratory called CERN. Hundreds of the world's smartest scientists were putting together huge experiments to hunt for new particles. They worked in teams; each scientist would build one little part — a circuit board or a piece of software. Then they'd put it all together.

Tim Berners-Lee was working at the lab as a computer scientist, and he noticed a growing problem: Files from one computer rarely worked on another because researchers were coding information in different formats for different operating systems. "So, in fact, often you just had to go into the corridor and buy [the other guy] a coffee to find out how things worked," Berners-Lee says.

And from this frustration, the Web was born. Berners-Lee envisioned a virtual book where the CERN scientists could share their piece of the experiment with each other. Pages for the book could be written and posted from any kind of computer and read by any other computer.

"That sort of abstract space that makes the whole world look like one great big book — that is the World Wide Web," Berners-Lee says. It was the beginning of the Web we all use today.

Today CERN's website is so large, it alone requires a full-time worker to keep it up and running. That person is Dan Noyes, who works just a few corridors over from Berners-Lee's old office.

"I quite often take time to go down and have a look at the office," Noyes says. "I don't know why; it's just sort of a little homage."

Noyes remembers those early days, but his kids don't. And he worries that people in general are forgetting life before the Web. So he's starting a project called "First Website" to preserve the earliest days of the World Wide Web. But he's run into a problem: the beginning of the Web, the first version of the first Web page that Tim Berners-Lee wrote back in 1990? It's lost.

Back when Berners-Lee started, the few people who got online did it by dialing up. Communication was slow and graphics were scarce. There was no Google, and nothing to Google. Berners-Lee says in those days, the idea of a World Wide Web was a tough sell. "When you showed people they'd say: 'Oh yeah, big deal.' They didn't realize if everything was on the Web how cool it would be," he says. 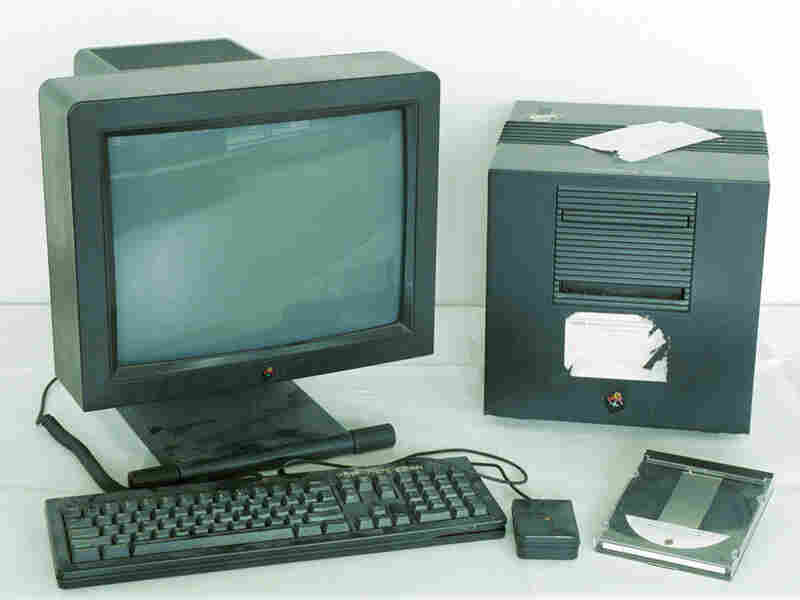 This computer was the first Web server. It was used by Tim Berners-Lee in 1990 to develop and run the first multimedia browser and Web editor. CERN hide caption 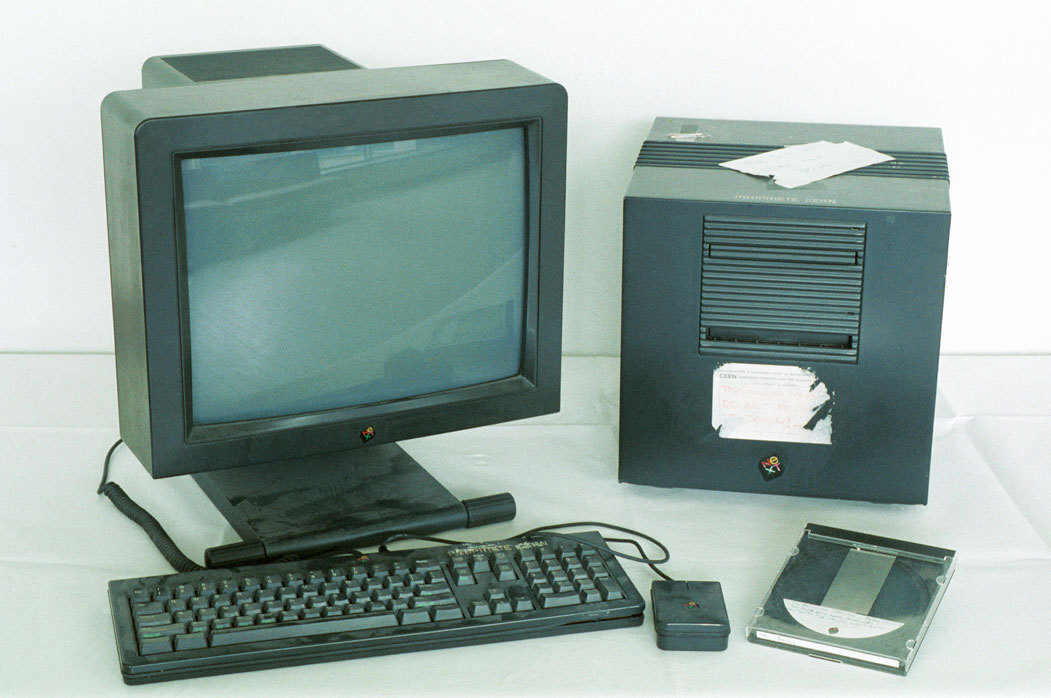 This computer was the first Web server. It was used by Tim Berners-Lee in 1990 to develop and run the first multimedia browser and Web editor.

Berners-Lee and his colleagues were so busy trying to convince people to buy into the concept, they didn't keep track of their early Web pages, says Dan Noyes. "I mean the team at the time didn't know how special this was, so they didn't think to keep copies, right?"

Leslie Berlin, a historian with the Silicon Valley Archive at Stanford University, says that this situation is a common one for historians of the computer age: "When it comes to technology, the focus is always forward, and the notion of pausing and taking a breath and seeing where you came from — there's just not time for it."

"The Web was not designed to be preserved," adds Brewster Kahle, the founder of the Internet Archive in San Francisco. "The average life of a Web page is about 100 days," he says. His nonprofit has been aggressively trying to keep up — archiving about 1 billion pages a week that can be viewed through the archive's website. But, he says, the earliest Internet protocols, whether they be Gopher, FTP or the Web, can often only be found today in screenshots.

Berlin says that much of the historical material out there exists on old floppy disks or hard drives tucked away in somebody's house. "It is amazing to me still how many basements you have to descend into and attics you have to climb up and cobwebs you have to get out of the way," she says.

Berners-Lee saved one version from 1992. "I took a copy of the entire website in a floppy disk on my machine so that I could demonstrate it locally just to show people what it was like. And I ended up keeping a copy of that floppy disk," he says.

Those pages from 1992 lived for a while on the website of Berners-Lee's World Wide Web Consortium, and CERN restored them to CERN servers late last month. But Dan Noyes believes the very earliest version of the World Wide Web is still out there. An old optical disk drive was lost at a conference in California. On it is one of the very first iterations of Berners-Lee's Web page from 1990.

"It was such a beautiful object, that optical disk, that someone maybe has it on their coffee table or their bookshelf, and if we could find that, that'd be great," he says.

So, NPR fans, check those bookshelves, and if think you've found the World Wide Web, get in touch.