Accessibility links
Movie Review - 'We Steal Secrets' The latest documentary from the prolific Alex Gibney digs into the genesis — and the implications — of what creator Julian Assange describes as "an intelligence agency of the people." (Recommended) 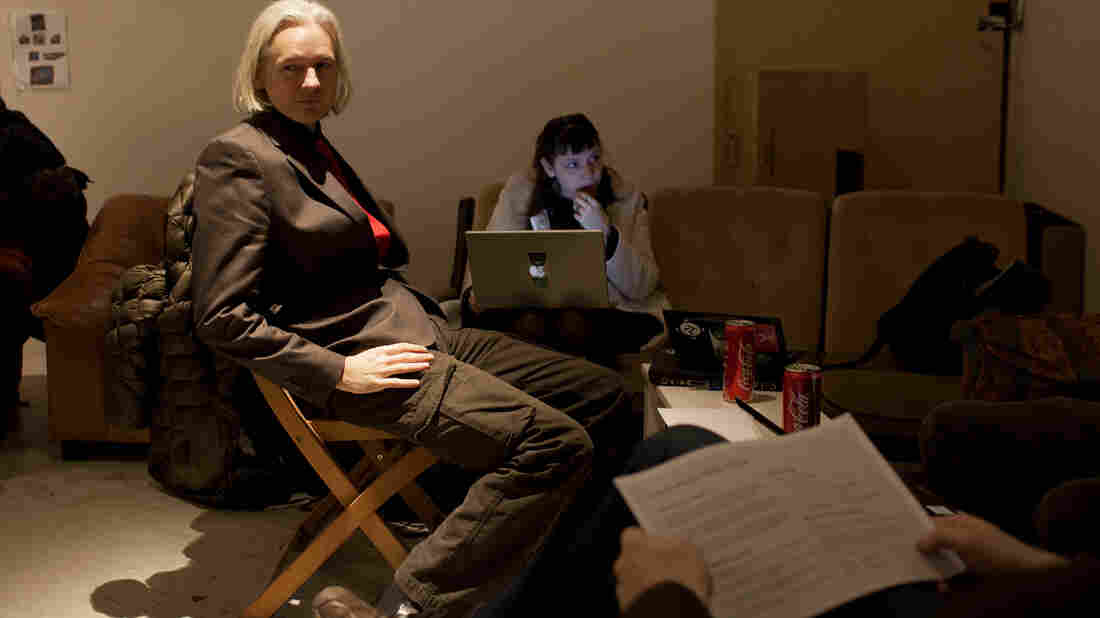 Source material: As a virtual prisoner these days, he doesn't supply much in the way of fresh information — but WikiLeaks overlord Julian Assange is very much at the center of Alex Gibney's documentary We Steal Secrets. Jo Straube/Universal Pictures hide caption 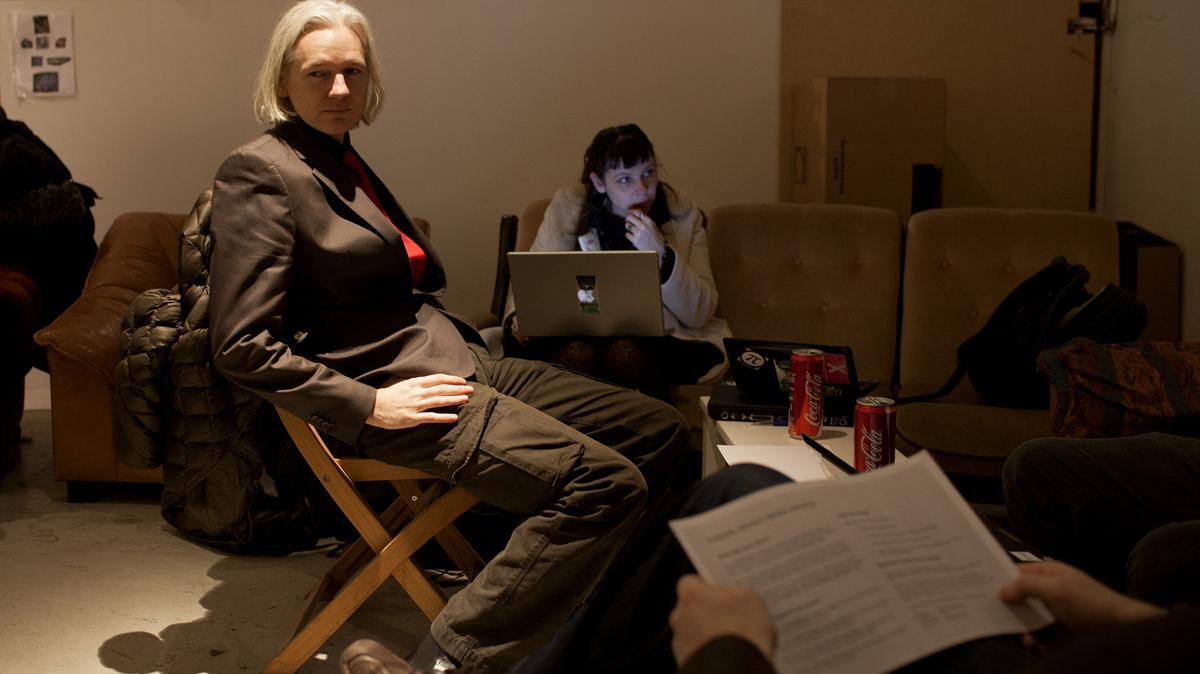 Source material: As a virtual prisoner these days, he doesn't supply much in the way of fresh information — but WikiLeaks overlord Julian Assange is very much at the center of Alex Gibney's documentary We Steal Secrets.

We Steal Secrets:
The Story Of WikiLeaks

Current-events buffs probably think they know the tale of WikiLeaks and its founder, Julian Assange. Prolific filmmaker Alex Gibney may have thought the same when he began researching his film We Steal Secrets. But this engrossing documentary soon diverges from the expected.

From 'We Steal Secrets: The Story of WikiLeaks' - 'Some Very Hard Choices'

From 'We Steal Secrets: The Story of WikiLeaks' - 'One Of The Most Famous Guys On The Planet'

'One Of The Most Famous Guys On The Planet'

Even the movie's title, or rather the source of it, is a surprise. Not to spoil the fun, but it's neither Assange nor one of his allies who nonchalantly acknowledges that "we steal secrets."

Assange himself, currently in self-imposed exile at the Ecuadorean Embassy in London, didn't speak to Gibney. Neither did prominent WikiLeaker Bradley Manning, who's been behind bars since early 2012. But Gibney's reliance on archival footage of these two doesn't hobble the movie, and the writer-director did locate some seriously conflicted people who were once close to either Assange or Manning.

The narrative begins in 1989, when Australian computer hackers hit NASA to protest the launch of a plutonium-powered Jupiter probe. The anonymous attackers, who called themselves WANK ("worms against nuclear killers") probably included one Mendax, an alias used by a then-teenage Assange.

The nom de hack comes from the term "splendide mendax," Latin for "nobly untruthful," and in clips unearthed by Gibney and his team, the grown-up Assange retains the adolescent grandiosity such a choice suggests. He says he likes "crushing bastards" and calls WikiLeaks "an intelligence agency of the people." Like many a maximum leader, it seems, Assange can't always distinguish between "the people" and himself.

Two decades after WANK, the peripatetic "transparency radical" used his skills and connections to expose the Icelandic bankers whose schemes crashed that small country's big economy. Then he turned to the American military and State Department, using material provided by Manning, a U.S. Army intelligence analyst under intense psychological pressure. (Among other things, Manning was reportedly beginning to identify as a woman.)

One of the mysteries We Steal Secrets explains is Manning's access to so much intel. After the Sept. 11 attacks, barriers between U.S. agencies and databases were lowered, to increase the likelihood that someone in the loop somewhere might recognize a pattern pointing to another catastrophic assault.

Seeking approval for his actions, Manning began an online dialogue with hacker Adrian Lamo. It was a ruinous choice; Lamo revealed Manning's identity to the FBI. Interviewed by Gibney, Lamo seems remorseful — and no more emotionally stable than Manning.

Although he has yet to come to trial, the ex-analyst has already paid heavily for his leakage. Assange hasn't, at least not directly. But he did fall out with such important allies as former German WikiLeaks spokesman Daniel Domscheit-Berg and Guardian reporter James Ball — who speak on-camera in the film — and has become a fugitive from extradition after two Swedish women accused him of sexual assault.

Assange's supporters were quick to dismiss those allegations as part of a conspiracy against him, perhaps organized by the U.S. government. We Steal Secrets makes a strong case to the contrary, suggesting that they are neither bogus nor part of a conspiracy. This involves a detour into Assange's sexual history, which is among the movie's stranger episodes.

As is typical of Gibney's style, the movie includes some jokey bits and animated asides. There's a Star Trek clip, as well as attempts to visualize the flow of digital information; they're less compelling than the interviews the director conducted and the clips he unearthed.

Before its commercial release, We Steal Secrets was already being denounced by WikiLeaks supporters — and reportedly by Assange, despite his onetime insistence that all information is good information. Even for a transparency radical, that turns out to be a difficult standard to uphold. (Recommended)