Accessibility links
Kobo Town: A Haunted 'Jukebox' Filled With Caribbean Sounds The Toronto band plays a mix of old-school calypso, ska and West Indian styles. But its new album, Jumbie in the Jukebox, doesn't so much revive classic genres as reinvent them for a new time. 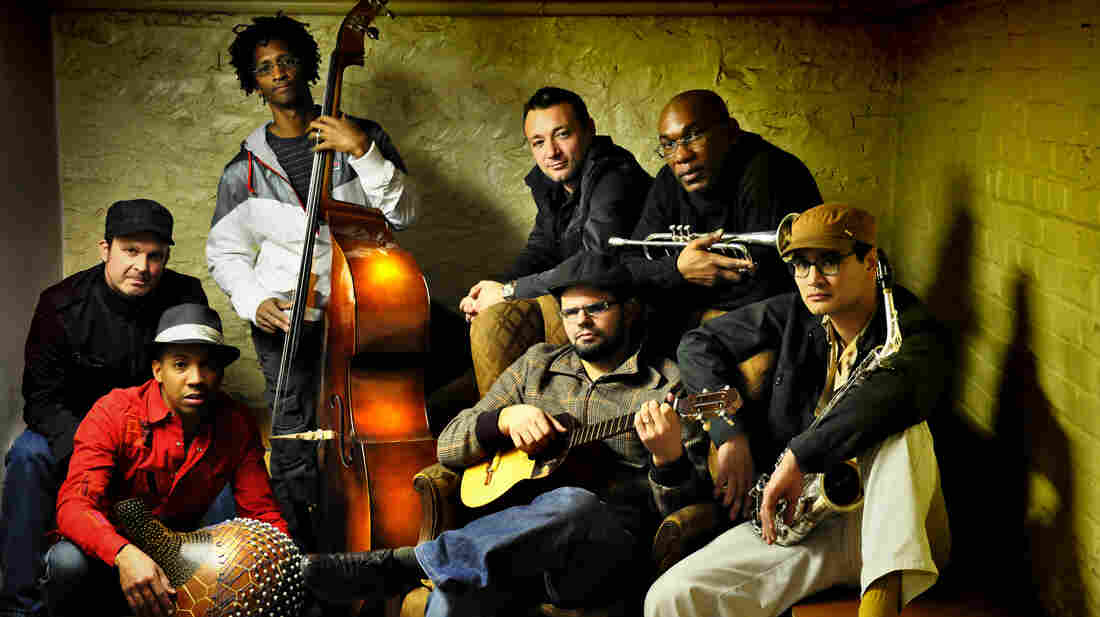 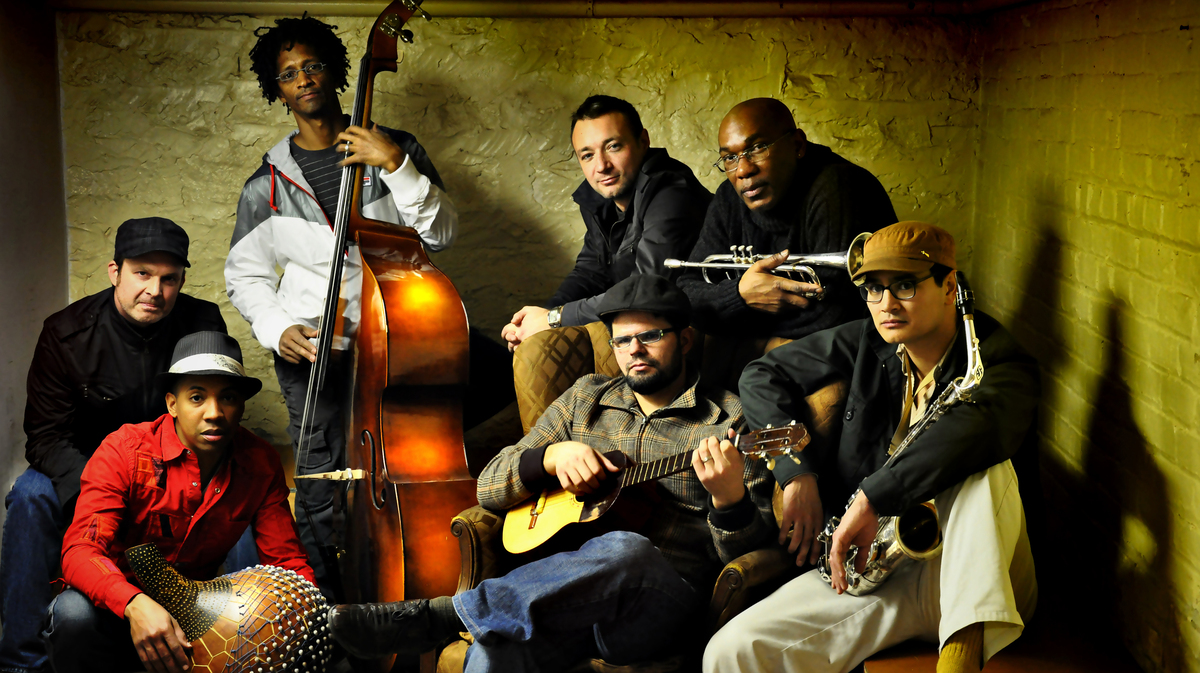 Paul Wright/Courtesy of the artist

Throughout Kobo Town's new album Jumbie in the Jukebox, frontman Drew Gonsalves declares his love for the past even as his feet are firmly planted in the present. The music of the Toronto band can drift between classic Caribbean pop styles and even verge on hip-hop, but the singer's perspective remains sharply focused, wry and witty. The song "Postcard Poverty," for example, ribs tourists for whom tropical slums become an exotic backdrop to fun-in-the-sun adventures.

For all the laid-back retro sounds on Jumbie in the Jukebox, the lyrics come at you with the relentlessness of pent-up urban rap. The observations can be philosophical, edgy and humorous, but never harsh. The song "Joe the Paranoiac" pokes fun at a man who sits by his radio eagerly waiting for the world to end.

Gonsalves' Trinidadian roots are clear in his vocal delivery, but the singer actually grew up in Canada. That distance from the music that most inspires him lets Kobo Town pick and choose among West Indian musical styles to create a unique and personal hybrid.

The "jumbie" in the album's title is a ghost from Caribbean folklore. By placing a ghost in the West Indian jukebox, Gonsalves and Kobo Town recombine old sounds to conjure a new one. In fact, Jumbie in the Jukebox is a seductive invitation to musical time travel — and one that's hard to resist.