Accessibility links
War Of Words: France Debates Teaching Courses In English The French Parliament is at odds over a measure that allows French universities to teach in English. Those in favor say it will help attract more international students, while opponents fear it will marginalize the French language. 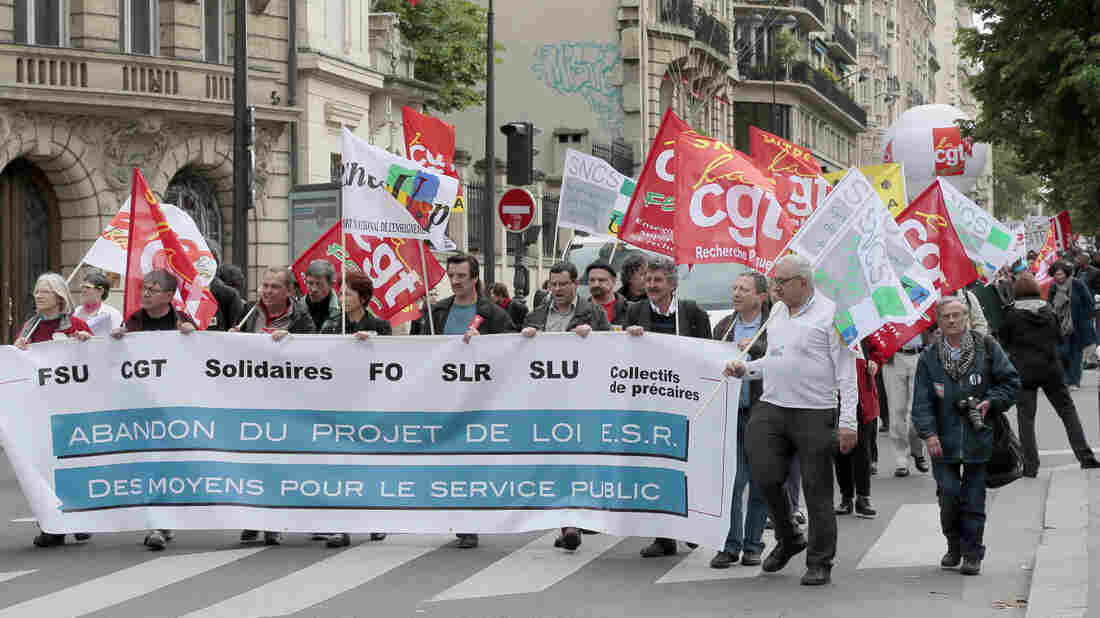 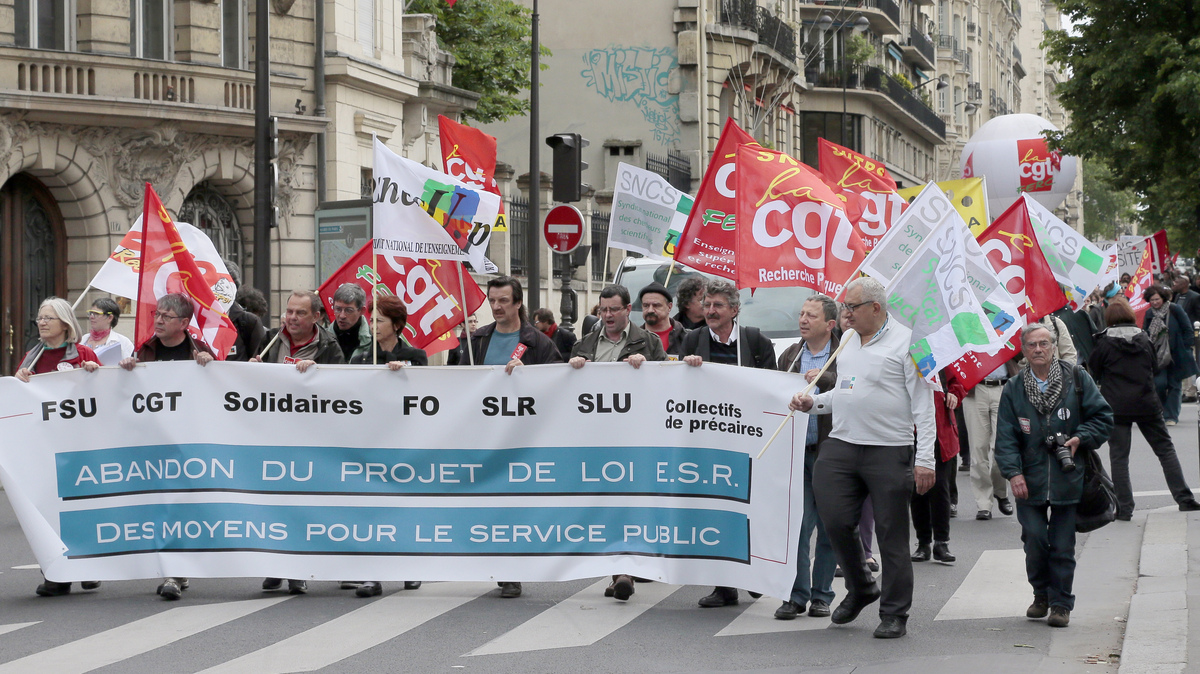 Demonstrators in Paris protest Thursday against a measure to teach more university courses in English.

Will teaching in English at France's universities undermine the French language? That's up for debate in the country now, and the argument is heated.

The lower house of parliament approved a measure Thursday that would allow courses to be taught in English, something that is currently against the law.

Those in favor of the proposal say it will attract more international students and improve English language skills of French students. But opponents say the move will only impoverish and marginalize the country's tongue.

In the National Assembly this week, Genevieve Fioraso, the minister for higher education, explained why she believes universities need to start teaching English.

"We need to be able to welcome students from emerging countries like Korea, India and Brazil, to study science, economics and technology," she said. "And they don't come to France now because of the language barrier."

On the other side of the fight, parliamentarian Daniel Fasquelle tried to shock his colleagues by speaking English.

"And my question is clearly, shall we speak English in this French Parliament one day?" he asked.

Fasquelle and other opponents of the measure say if science and technology are taught in English, the French language will lose vocabulary and gradually cease to be a modern, living language.

His colleague Pouria Amirshahi, who represents the 150,000 French citizens who live in North and West Africa, says France should not strive to be a second-rate copy of English and American universities. France should work to attract the world's Francophone students.

"It makes no sense. You have in Ivory Coast, in Morocco, in Algeria, in a lot of countries, many people who speak French and who you want to come in France to learn in French — sciences, history," he says.

Once the language of diplomacy and the world's elite, French now ranks as the world's eighth-most-spoken language. The Academie Francaise, set up in 1635 as the official guardian of the language, regularly comes up with French alternatives to English tech words. But words like mot-diese and ordimobile rarely catch on with a younger generation that prefers to stick with "hashtag" and "smartphone." Even French newspaper Liberation had a front-page headline in English endorsing the measure this week: "Let's do it!"

While a 1994 law bars classes being taught in English from nursery school to university, elite private business schools and French grandes ecoles, the equivalent of American Ivy Leagues, have long been teaching in the language of Shakespeare.

Students take a break outside Sciences Po, a grande ecole in the center of Paris. The school offers one-third of its classes in English, and 40 percent of its student body is from abroad.

Briton Peter Gumbel, who teaches here, says the real problem is not English, but a two-tier system.

"You have the best and the brightest get the full immersion in an international education, including studying abroad," he says, "and then you have the 95 percent who are stuck in a French-ossified system."

Gumbel says he understands French concern over losing its language, but the important thing, he says, is to spread French thinking and ideas. France already attracts many different people, including international students, he says. And even if they're taking classes in English, they're also learning French.

That, says Gumbel, is the very definition of soft power.