Accessibility links
Bobbi Dumas' Memorial Day Romance Roundup Just in time for Memorial Day, here's a roundup of romantic fiction set during the World War II era. Reviewer Bobbi Dumas says the war was a time of horror — but also a time of heightened emotion and even a little romantic. These books are a great way to remember. 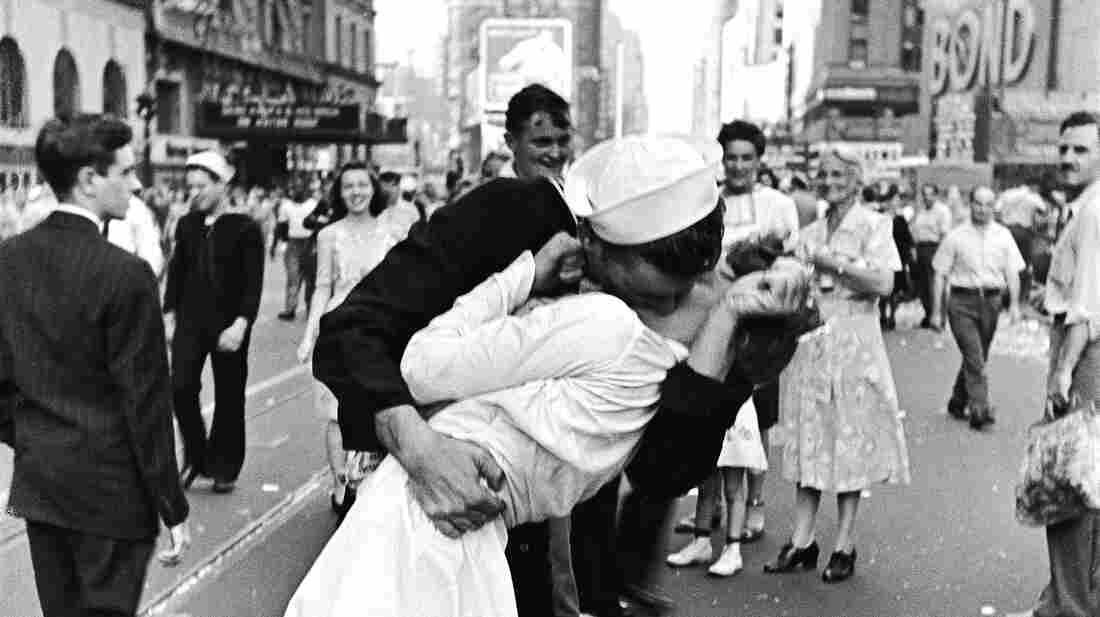 World War II had more than its share of horrors — but it was also a very romantic era, as this famous photograph attests. Alfred Eisenstaedt/Time hide caption 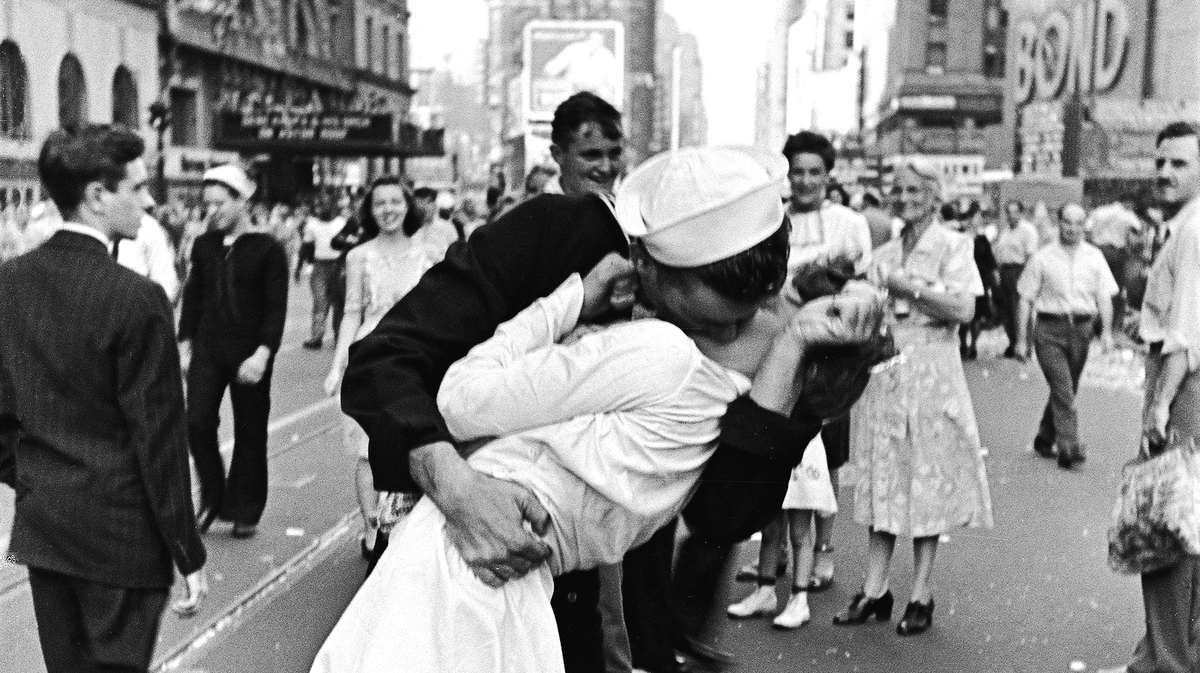 World War II had more than its share of horrors — but it was also a very romantic era, as this famous photograph attests.

Each May we end the month and begin the summer season with a grateful nod to our veterans, especially those who gave their lives in service to our country. And this year, we mark an anniversary that may not be as obvious as Pearl Harbor or D-Day, but is certainly as important: 1943, the year WWII paused before it turned around. The year the Allies were able to stop Axis victories and advances on all fronts. It would be a few more months — well into 1944 — before the Allies seriously started pushing Hitler back, but 1943 was the beginning of the end. It was also the year American women — not content with their roles as riveting Rosies — began to put on uniforms en masse.

And while the war was a cavalcade of horrors and a worldwide social cataclysm, it was also, let's admit it, a very romantic era. The global unrest, coupled with a surge of patriotism and military urgency, fueled a sense of "living for the moment," since who knew what the next hour or day or month might bring? Romance was in the air for the men who were heading off to war and for the women who were waiting at home for them.

My grandparents met in Washington, D.C., right as war was brewing, and when my grandfather joined up, they shared a pile of correspondence over the years that resonates with love, affection, uncertainty and longing. Bob and Edith are long gone, but their letters remain, a reflection of what so many young people experienced then, and a window into a time, a place and two people we never would have had otherwise — if they hadn't been forced by an ugly war to keep in touch through pen and paper and the occasional photograph.

I can't think of a better way to honor my grandfather this weekend than to pick up a book that reminds me of everything he and his brothers-in-arms fought for so many years ago.

If you missed the wonderful The Guernsey Literary and Potato Peel Pie Society when it came out to huge acclaim a few years ago, I highly recommend you pick it up. This charming novel, written entirely through letters, made hundreds of thousands of readers aware that while England escaped Nazi occupation during the war, its Channel Islands did not. A fascinating look into this time, and the difficulties and challenges of proud people under siege by an enemy force. Set in the years just after the war, and populated with a quirky cast of characters who come alive to tell their lovely, heart-wrenching, sparkling story, the book is a gem. And, of course, there's a sweet, surprising romance in its pages.

I'll Be Seeing You

by Suzanne Hayes and Loretta Nyhan

Another wonderful book, which comes out Tuesday — and is also written entirely through letters — is I'll Be Seeing You. The novel mainly chronicles the correspondence of two very different women who meet as pen pals in January 1943, and help each other through the trials, triumphs and tragedies of war. Rita is a middle-aged professor's wife in Iowa with a husband and son in battle, while Glory is a young wife and mother in Massachusetts whose husband enlists just after her second child is born. Despite their differences, the two develop a deep friendship, and while readers watch their bond grow through letters, we are treated to peeks into their everyday lives and an exquisitely rendered snapshot of life on the homefront. Authors Suzanne Hayes and Loretta Nyhan wrote the book without ever having met in real life, an interesting editorial detail that enriches the behind-the-scenes story of a book that already shines. A must-read for anyone even vaguely interested in the WWII era, with romance woven through the details, as Glory waits for her husband while tempted by a young love, and we catch glimpses of Rita's past love life as well as her son's current long-distance love affair with the one girl in town she'd like him to avoid.

Earlier this month, Susan Wiggs' The Apple Orchard hit The New York Times best-seller list, exploring a woman's discovery of a family she never knew she had, and a long-lost heirloom that could save the land and business they've built since arriving in California just after World War II. As a treasure hunter on the cusp of reaching all her professional goals, Tess Delaney will see her life turned upside down. Everything she thought she valued is re-assessed when she learns some astounding truths about who she is, where she comes from and what really matters. Mixed in with the engaging contemporary storyline are flashbacks to Nazi-occupied Denmark, which highlight that country's notable and successful attempts to defend its besieged Jewish population. Romance is front and center for Tess in the modern world, while the secrets of the past lie buried in a dusty tomb of lost loves and missed opportunity, just waiting for discovery and perhaps even a second chance.

A few years ago, romance legend Jill Barnett wrote Sentimental Journey, a WWII-based novel with strong romantic elements. Written as a tribute to her father and his generation of soldiers who arguably saved the world, it is a story that is both touching and thrilling, and it reminds us of exactly how romantic and threatening a time it was. These men and the women who loved them were sexy and larger-than-life, and Barnett captures both the intimate details and the grand canvas with distinction and panache.

Bobbi Dumas is a freelance writer based in Madison, Wis. She mostly reviews for Kirkus Media, and she discusses books on her blog, ReadWriteLove.net.