Accessibility links
'The Son': A Texas Saga With Guilt And Gore To Go Around Philipp Meyer's second novel is a centuries-spanning family saga that chronicles the growth of Texas. Many hands are bloodied in the novel's conflicts: between settlers and Native Americans, between Texan ranchers and Mexicans, and finally, between ranchers and the oil men who take over the land. 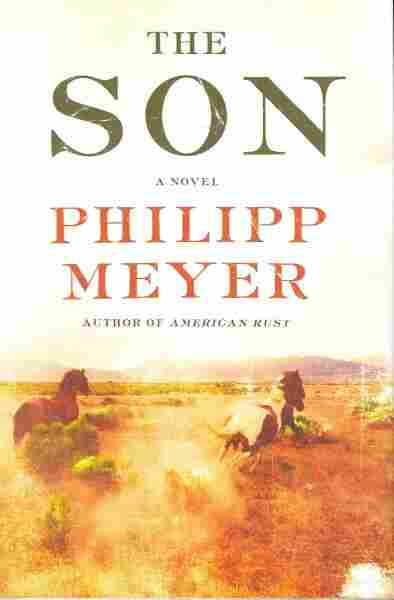 The American West has always been fertile ground for writers. Now Philipp Meyer steps into that territory with his new novel The Son. It's a family saga that traces the settling of Texas from its days as a wild frontier to the oil boom — with no shortage of violence.

Philipp Meyer first drew attention a few years ago with his debut novel American Rust, set in a dying steel town in Pennsylvania. Meyer says that in his first novel he wanted to explore the decline of the middle class in the industrial northeast. He set his sights on a different direction for The Son.

"With The Son I wanted to do something not quite the opposite, but certainly different," he says. "I wanted to think about our creation myth; you know, what is the fundamental story that defines America. And it certainly is the West."

To research the novel, Meyer read more than 250 books on the West. But that wasn't enough for him. To get a sense of what life might have been like for the Comanche, who play a central role in the book, he spent months in the desert and the plains, eating and sleeping outdoors.

"I taught myself to bow hunt; I took weeks and months of tracking classes on how to track animals and how to understand how Native Americans related to their environment," Meyer explains. "I went to a buffalo rancher who raises organic, grass-fed buffalo for restaurants and I helped him kill several buffalo. After we shot these animals, basically I took a coffee mug and filled it with the blood from the animal's neck and drank it because that was another thing the Comanches did with some regularity."

The Son is an epic tale told through several generations of the McCullough family, beginning with Eli McCullough, the first male child born in the Republic of Texas. At the age of 13, Eli is kidnapped by the Comanche, who kill his mother and his siblings. He lives with the Comanche for years, becoming a respected member of the tribe.

Later in his life, Eli McCullough hunts Comanche down as a Texas Ranger. He becomes a wealthy cattle rancher, and eventually his land brings even more wealth to his family in the form of oil. Throughout it all, if something gets in his way, Eli removes it — with force if necessary. 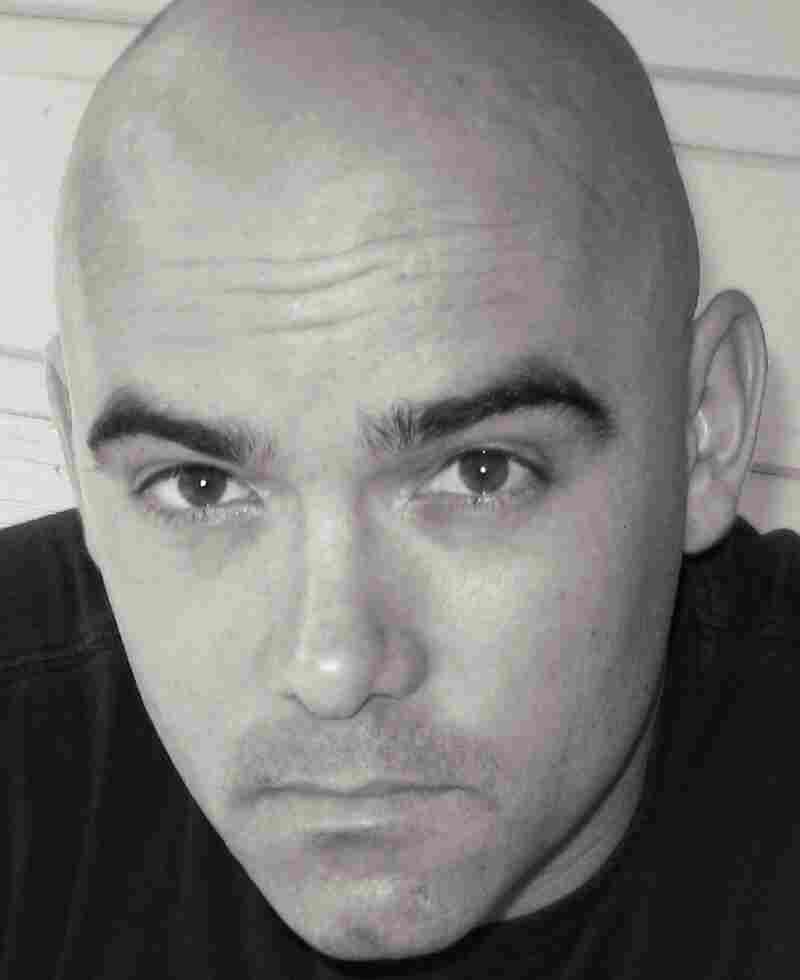 Philipp Meyer's first novel was American Rust. In 2010, he was included on The New Yorker's "20 Under 40" list. Courtesy of Philipp Meyer hide caption 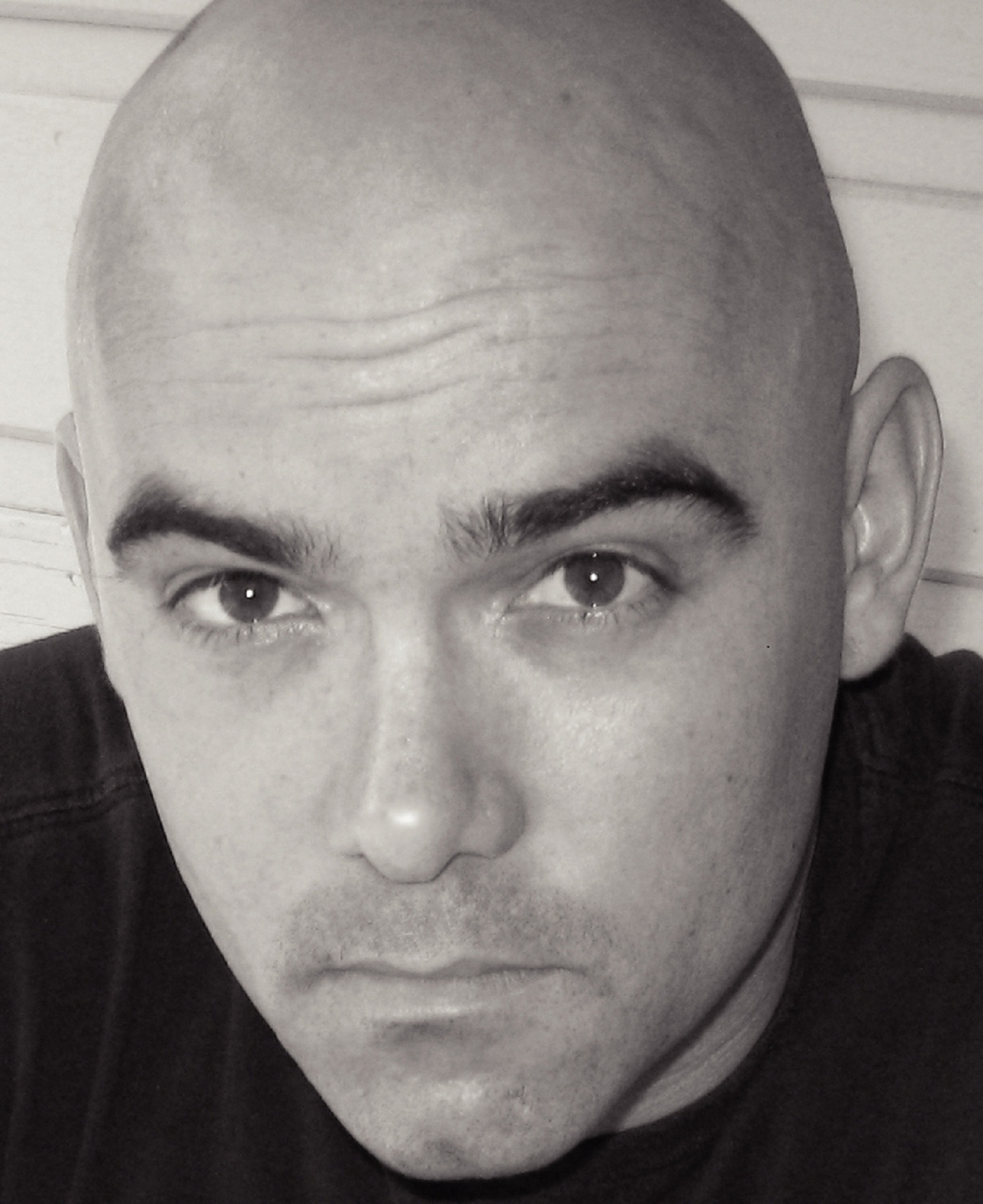 "Eli McCullough represents the sort of mythological heroes that founded America or founded the West," Meyer says. "They're physically powerful; in his case he's a small man, but physically powerful. They are physically brave. They take what they want. If you were to do some moral analysis of their character they wouldn't, maybe, by today's moral standards, come out looking very good."

We hear one version of the McCullough family story through Eli's own words. But we get a different perspective from his son Peter, who sees his father with clear eyes. Peter's sympathies lie with the Mexican family whose massacre leads to more land for the McCulloughs, and that makes Peter a pariah in his own family. Finally, we hear what seem to be the dying thoughts of Jeannie, Eli's great-granddaughter, who oversees the family's oil business. Jeannie always saw Eli as a heroic figure and she was determined to protect his legacy. At one point in the novel, she thinks about how to describe his actions:

There was an enormous amount of violence perpetuated by all sides. ... I think when you grow up watching John Wayne movies, which many of us did, you don't see that; you forget that.

But Meyer doesn't paint a black and white picture of the West. If Eli McCullough kills to get what he needs, so does everyone else. "There was an enormous amount of violence perpetuated by all sides, you know, the sort of guilt or horror is very evenly shared," Meyer says. "And I think when you grow up watching John Wayne movies, which many of us did, you don't see that; you forget that. You sort of think of the Anglo folks, the cowboys, as the sort of innocents in the middle of a great wilderness, out of which ride these Native Americans, who we then thought of as Indians, and attack, you know, the innocent settlers. And this to me was crucial — to sort of attempt to upend that myth."

At the same time, Meyer's novel doesn't idealize life among the Comanches; he graphically depicts the brutal violence of their lives. "This is a warrior culture," he says. "I mean, they were absolutely warriors. They did not show mercy to the people they vanquished. Torture was something they did. But ... torture was something Europeans engaged in ritualistically also."

Meyer says he doesn't expect that everyone will like his version of how the West was won. "I do wonder if there are parts of this book that are going to make people on both sides of the debate angry," he says. "The people who want to see, you know, the sort of historic Texans and frontiers people as noble sort of innocents and the people who want to see the Native Americans in that same very simplistic way. But to do this is to reduce these people to caricatures. So if [The Son] makes people uncomfortable, I guess I am fine with that."

In The Son, no one emerges an innocent; not the Anglos, nor the Mexicans, nor the Native Americans. Each group, in its own time, fought viciously to get or keep the land. And while Eli McCollough may have emerged a winner, the actions he took — and the secrets his family kept — will catch up with them in the end.

Read an excerpt of The Son