Accessibility links
Plans For Smithsonian Museum 'Bubble' May Have Burst The Hirshhorn contemporary art museum had proposed an ambitious plan for a giant, inflatable addition. But the Board of Trustees couldn't agree on whether to continue fundraising to build the bubble, so the museum's director — the project's biggest supporter — will resign. 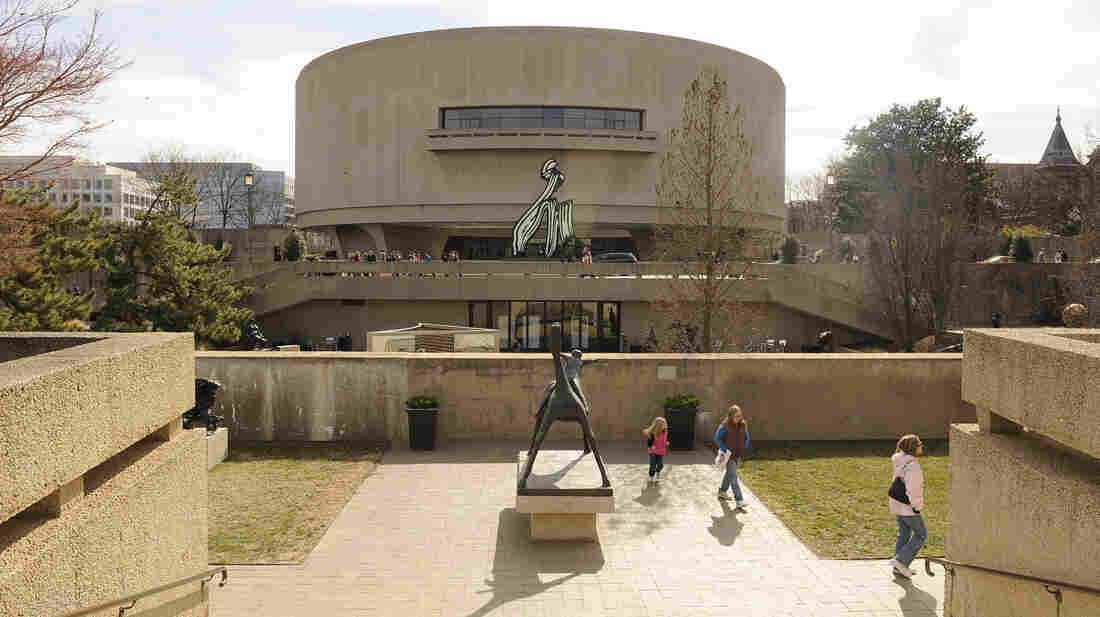 The Hirshhorn Museum and Sculpture Garden proposed adding a giant, inflatable structure that would balloon out of its top and side. Roger L. Wollenberg/UPI/Landov hide caption 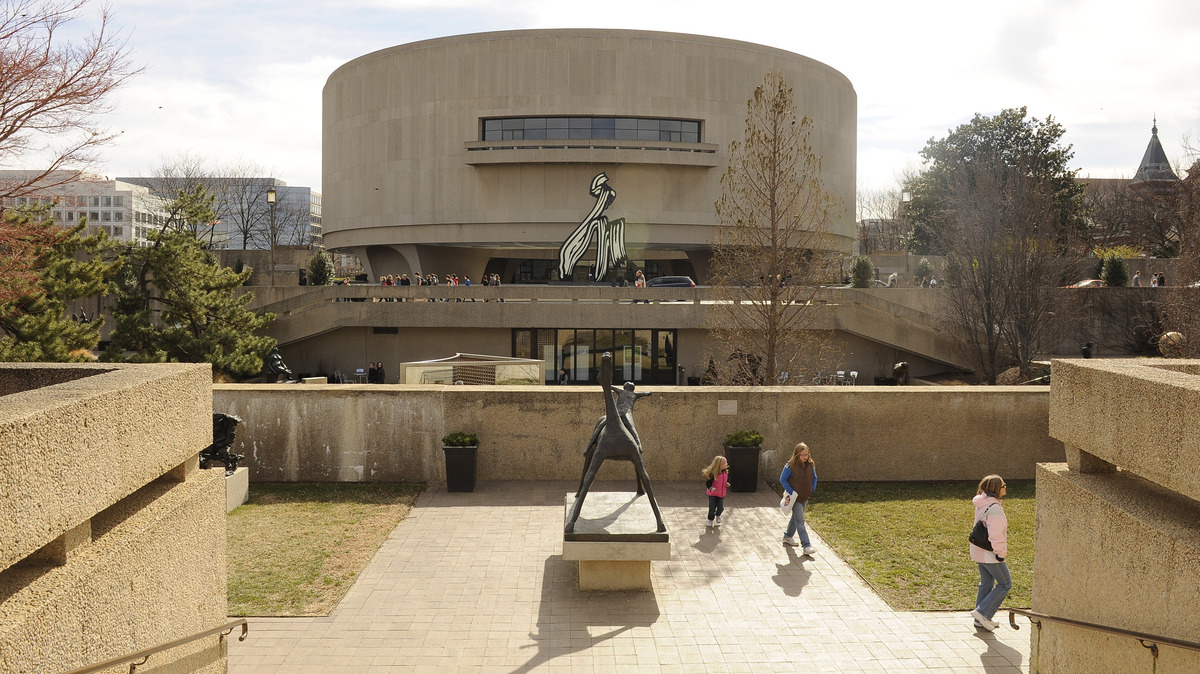 The Hirshhorn Museum and Sculpture Garden proposed adding a giant, inflatable structure that would balloon out of its top and side.

Call it the Smithsonian's bubble problem. One of the Smithsonian museums — the Hirshhorn museum for contemporary art — came up with an ambitious new design to add more space: Why not build a giant, inflatable structure that would be big enough for people to walk around in?

But some of the Smithsonian's trustees in Washington, D.C., haven't been blown away by the bubble.

Some say the windowless Hirshhorn museum on the National Mall looks like a concrete bunker. The building is shaped like a doughnut. The translucent blue bubble would balloon out of the hole in the middle.

"It's basically one big volume of air that just oozes out in every direction," she said. "The membrane is translucent. It's made of silicone-coated glass fiber."

The bubble's biggest supporter was Richard Koshalek, the Hirshhorn's director. He was hired by the Smithsonian five years ago, in part to shake things up with exciting new ideas. But last week, when the Board of Trustees couldn't come to an agreement on whether to continue fundraising to build the bubble, Koshalek resigned.

Richard Kurin, the Smithsonian's undersecretary for history, art and culture, isn't optimistic about the bubble's future now, even though he thinks it would have been good for the staid National Mall.

"I think it would've shown the airiness of our democracy, the flow of things, the fact that we weren't a solid rock, unmoving type of country, so I could see its symbolic appeal," he says.

Kurin says about half of the $15 million it would take to complete the project has already been raised from private sources. But he's doubtful that the Smithsonian can raise the rest. And in these days of budget cuts and sequestration, it doesn't plan to ask Congress to pay for a bubble.