Accessibility links
Cartoonist Lynda Barry Helps College Students Tap Innate Creativity Like most of her work, cartoonist Lynda Barry's course at the University of Wisconsin is unorthodox: No artistic skill is required. In class, and in her own work, the cartoonist aims to strip away the stiffness of adulthood and plug people into their innate creativity. 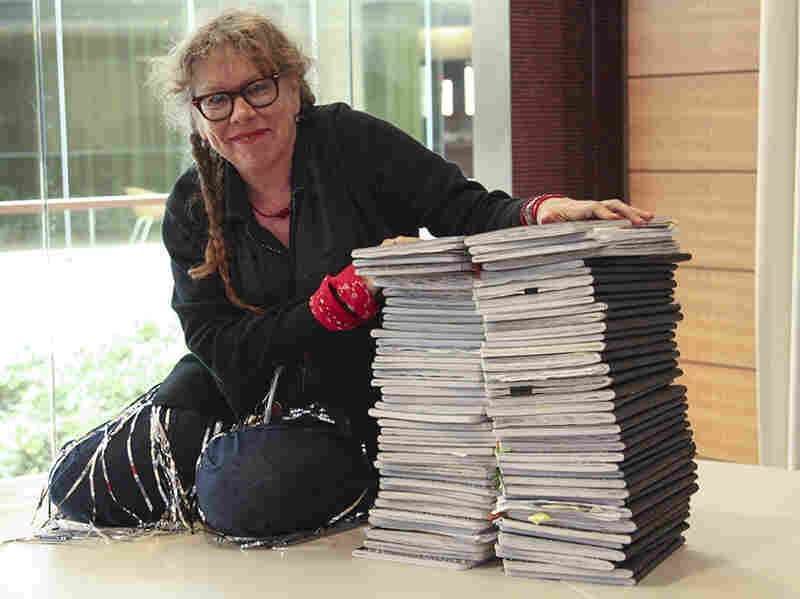 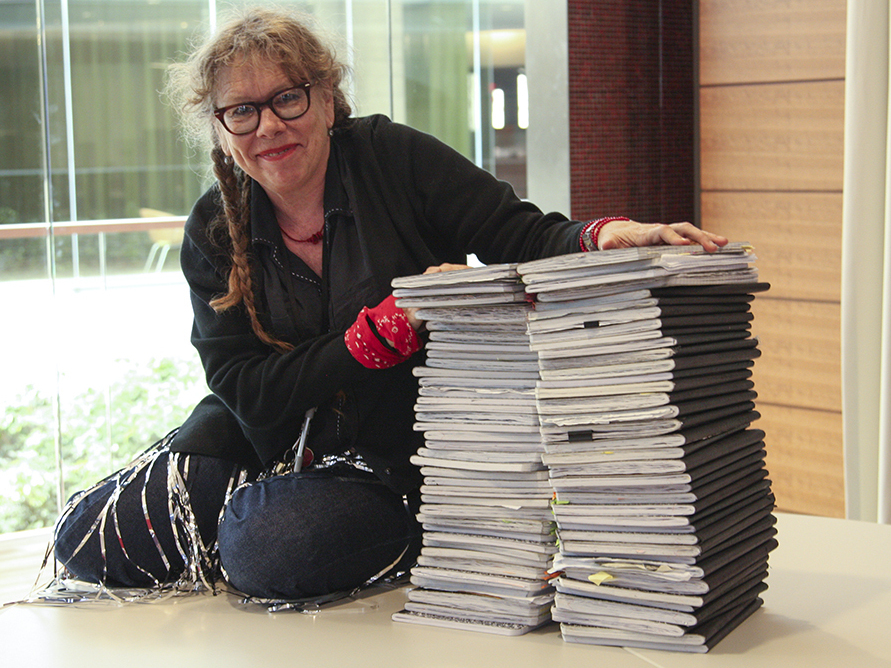 Like most of her work, cartoonist Lynda Barry's class at the University of Wisconsin, Madison, is unorthodox. "No artistic talent required," the course description states. The course is described as a "writing and picture-making class with focus on the basic physical structure of the brain."

At the beginning of the semester in "The Unthinkable Mind," Barry wants to get to know her students by their work instead of their personalities. So, instead of learning their names, she assigns them all "brain names," like Thalamus and Hippocampus.

"It got to the point where we were so used to it that I'd hear students say, 'Yeah, I saw Hippocampus at a party with Limbic System,' " she tells NPR's Neal Conan. 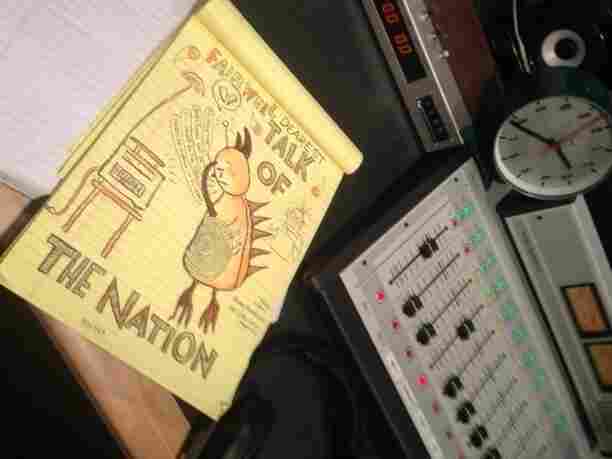 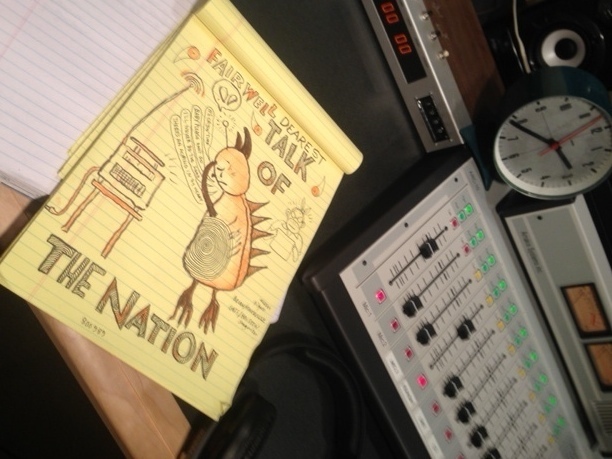 Since discontinuing her weekly comic strip Ernie Pook's Comeek, which ran in alternative newspapers from 1979 to 2008, Barry has shifted her focus to teaching. The Wisconsin native teaches more than a dozen writing workshops around the country each year.

After serving as an artist-in-residence at the University of Wisconsin in 2012, Barry is now an assistant professor of interdisciplinary creativity. "I make my husband call me [Professor Barry]," she says. "I tried to get my dogs to call me Professor Barry, but they have trouble with P's."

In all of her courses, Professor Old Skull — as she is known by her students — aims to strip away the stiffness of adulthood and plug people into their innate creativity.

In the spring 2013 semester of the course, students were required to apply to the course. Twenty were accepted — eight humanities students, eight science students and four "wild cards."

"I was especially interested in people who didn't draw or who didn't feel they could draw," Barry says. "I was blown away, especially by the people who had quit drawing around adolescence, what happened with their work when they started to draw again."

Over the course of a semester, the students wrote about 50,000 words by hand (data known thanks to a student known as Brain Stem) and did hundreds of drawings. 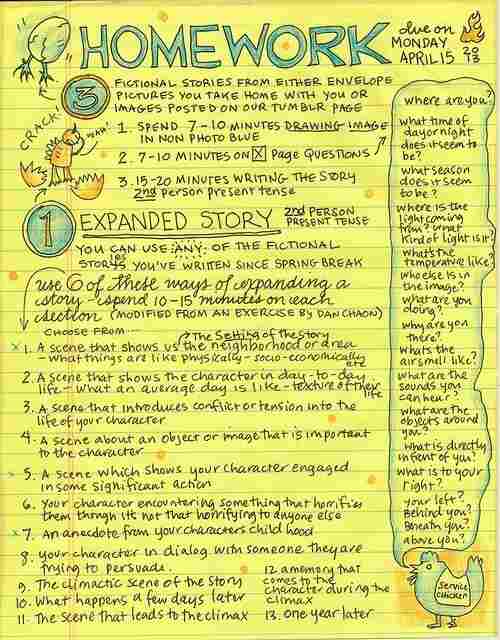 An image from the book Lynda Barry is compiling about her course at the University of Wisconsin. Courtesy Lynda Barry hide caption 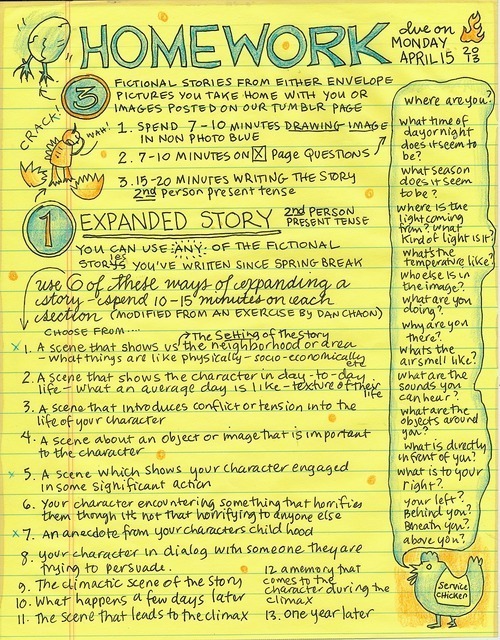 An image from the book Lynda Barry is compiling about her course at the University of Wisconsin.

A strong believer in the power of doodling to spur creativity, Barry is rarely found without a pen and pad — even during interviews. "Whenever [students] are listening to people read the stories that we write in class, they have to draw. They had to draw while they're listening, and I try to really get that drawing habit into their hands."

Barry says her interest in the intersection of art and brain science goes back to a college professor she had at The Evergreen State College in Olympia, Wash.

"My teacher when I was 19 asked me this question: 'What is an image?' And it is that one question that I've been trying to answer all these years," Barry says. "It is exactly how I ended up at the University of Wisconsin, working with scientists and working with artists and trying to figure out the biological function of this thing that we call the arts."

Barry, whose most recently published book is The Freddie Stories, is working on a book about her college course called Syllabus.

Explore Images From Lynda Barry's Course At The University Of Wisconsin, Madison