Accessibility links
Field Trip! 10 Books That Will Send Kids Exploring Children's librarian Mara Alpert recommends 10 titles that will send youngsters off on brand-new adventures. In these books, kids will learn what baby animals do on their first day of life, what baseball games are like in Japan, and what happens when you read a poem from bottom to top. 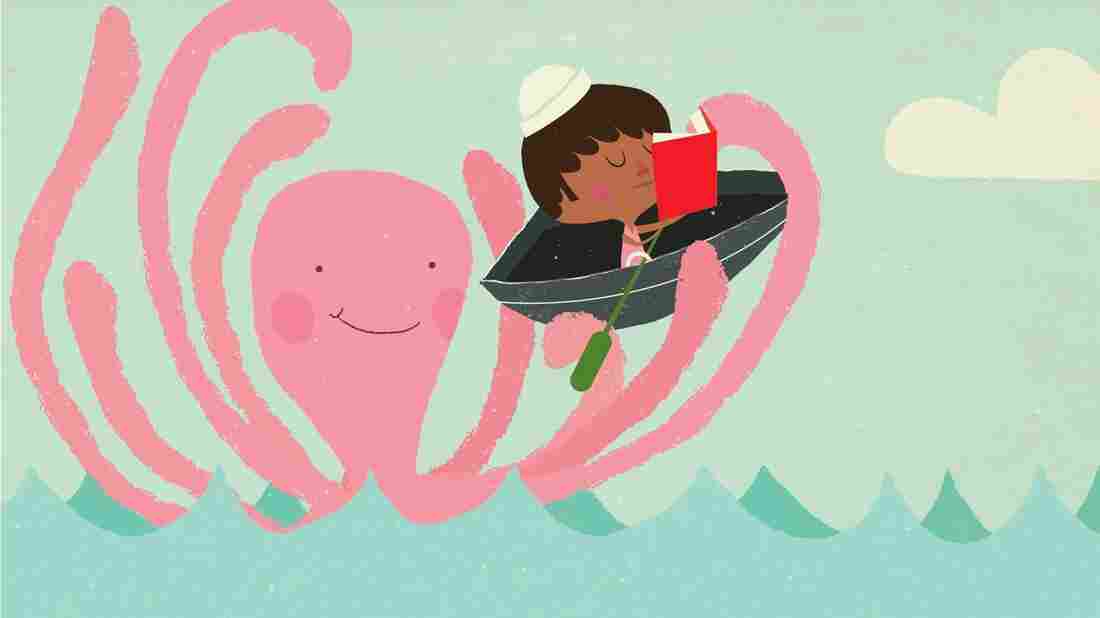 When I recommend books to kids or grown-ups, I can almost always get them interested if I add "Oh, and after you read this book, you could go on a field trip to the museum/zoo/baseball stadium/library ... or just take a little road trip!" Spring 2013 has been a very good year for children's books that spark the imagination and make kids (and grownups) want to do a little more exploring.

It is well-known that babies like to look at faces. Faces for Baby: Twelve More Works by Famous Artists to Explore with Your Child, curated by Yana Peel, is an oversized board book, filled with faces created by a wide variety of mostly contemporary artists, including Pablo Picasso, Paul Klee and Chuck Close. The faces pictured are young and old, and include various ethnicities. The book also includes a mirror so you can admire your own face. After experiencing these faces, take your little one to the local art museum and check out the faces there.

Take Me Out To The Yakyu

Title
Take Me Out to the Yakyu
Author
Aaron Meshon

Nothing says spring like baseball, no matter where you are. The little boy in Aaron Meshon's Take Me Out to the Yakyu is especially lucky — he gets to experience baseball in America with Pop Pop and in Japan with Ji Ji. Some things are the same, and some are very different. The American pitcher throws a 95 mph fastball, while the Japanese tousu throws a 153 kph sokkyu. In America, they cheer "Win! Win! Win!" In Japan, they cheer "Do your best!" But no matter where he is, this boy enjoys a good baseball game.

You Never Heard Of Willie Mays?!

by Jonah Winter and Terry Widener

Author Jonah Winter can't contain his enthusiasm about one of the most famous baseball players ever, in You Never Heard of Willie Mays?!, illustrated by Terry Widener. It's like listening to your grandpa tell you about his very favorite player with so much excitement that he becomes your favorite player, too. Willie Mays was playing professional ball in the Negro Leagues when he was only 15 years old, and by 1951 was signed to the New York Giants as one of the first black players in the Major Leagues. And the cover of this book is way cool — it really looks like Mays is taking a swing at a fastball!

Has it been a while since you've been to the zoo? You'll want to learn more about all kinds of animals after you read these books. Brenda Guiberson and Gennady Spirin provide a beautifully illustrated and fun to read introduction to frogs from around the world and their different sounds in Frog Song. For instance, the Great Plains narrow-mouthed toad sings BUZZBUZZBUZZ, while in northeastern Australia, the Scarlet-sided pobblebonk says BONK ... BONK ... BONK ... Don't worry, you'll be speaking (and singing) Frog in no time!

What Animals Do On Day One

by Steve Jenkins and Robin Page

Do you remember what you did the day you were born? Steve Jenkins and Robin Page share what happens to various animals in My First Day. Some are able to survive on their own right from the start, while others need a lot more care. The blue wildebeest trots after his mother to keep up with the herd, while a baby zebra's mom spends her offspring's first day memorizing the pattern of his stripes so she'll be able to find him in a herd of thousands. Jenkins' fabulous collage illustrations add just the right touch.

A Little Book Of Sloth

If you're looking for cute, look no further than A Little Book of Sloth, by Lucy Cooke. We visit a sloth sanctuary in Costa Rica and meet some of the most adorable and unusual creatures in existence. Sloths have been hanging around (literally) from trees in the jungles of South and Central America for 60 million years, and have mellow down to a fine art. (We 21st-century humans could learn a lot from the sloths.)

A Book of Reverso Poems

Maybe you're the kind of person who likes to consider all things, or at least both sides of a story. Marilyn Singer does just that in Follow Follow: A Book of Reverso Poems, illustrated by Josée Masse. Read top to bottom, you get the story of the race from the Tortoise's viewpoint; from bottom to top you hear the Hare's side. It'll make you want to head to the library and read a few fairy tales, folktales and fables.

Who Says Women Can't Be Doctors?

The Story of Elizabeth Blackwell

Tanya Lee Stone's Who Says Women Can't Be Doctors? The Story of Elizabeth Blackwell, illustrated most charmingly by Marjorie Priceman, introduces young readers to the first female doctor in America. She had never been particularly interested in medicine (blood made her queasy), but she was excited by the challenge, and when she was finally accepted into medical school, she graduated first in her class!

by Jim Paulsen and Gary Paulsen

You very well may be in the mood for an adventure after you gobble up Road Trip by Gary and Jim Paulsen. Ben is not expecting to be awakened at 5:17 a.m. on the first day of summer vacation and forced to accompany his dad on a spur-of-the-minute road trip to adopt an abandoned border collie pup. And he's about to learn that all of his other summer plans have changed as well. Accompanied by their elderly dog, Atticus, and Ben's "thuggish" (but well on the way to reforming) pal, Theo, they start off on what turns out to be a crazy, fun, sometimes frightening, ultimately enlightening journey that will change all their lives.

Journeys and adventures abound in Navigating Early by Clare Vanderpool. Jack Baker finds himself in a military boarding school at the end of World War II after his mother dies. He meets a most unusual boy named Early, who appears and disappears at will, sitting in on classes when he feels like it, and obsessing over math, snakes, bears and his dead brother. There's the physical journey of two boys taking on the Appalachian Trail, a folkloric exploration of the number pi — and the delicate and sometimes dangerous adventures inherent in friendship, family, loss and redemption.

Books like these can be the start of amazing adventures. Enjoy!

Mara Alpert is a librarian in the Children's Literature Department at the Los Angeles Public Library.

Find Your Next Book 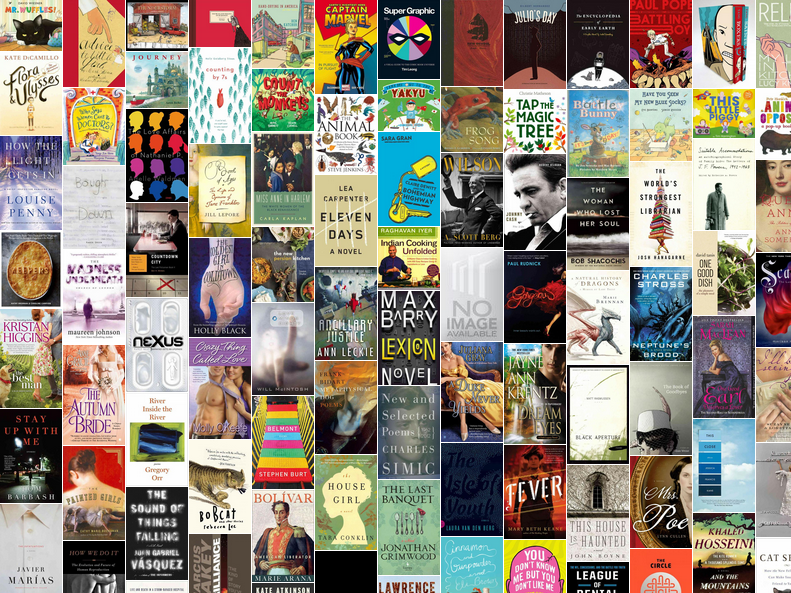 Over the past five years, we've published more than 80 year-end book lists. So this year, we decided to try something new. Introducing NPR's Book Concierge, your personal guide to the best books published in 2013.

NPR staff and critics selected more than 200 standout titles. Now it's up to you: Choose your own adventure! Use the categories to search through our favorite books and find the perfect read for yourself or someone else. Happy reading!