Accessibility links
Gizmo Uses Lung Cells To Sniff Out Health Hazards In Urban Air Scientists are trying to figure out how chemicals in the air interact with each other to make people sick. So they're building an instrument — a "lung in a box" — that goes way beyond the usual chemical monitors.

Cities like Houston are dotted with air-sniffing monitors that measure levels of benzene and other potentially unhealthy air pollutants. But those monitors can't answer the question we care about most: Is the air safe?

That's because there's no simple relationship between toxic air pollutants and health risks. Researchers at the University of North Carolina in Chapel Hill are trying to get a leg up on that problem. They are building an instrument that uses human lung cells to measure health hazards in the air more directly.

To work on the instrument, researchers here cook up their own dirty air in a greenhouse on top of a campus building. Professor Harvey Jeffries leads us up a steep ladder and into the greenhouse, which is made of clear Teflon film.

"So it's filled with clean air to begin with, but we can create any kind of atmosphere in here that simulates any place on the earth — or any place in Los Angeles," Jeffries says. "We can try diesel cars, or we can try diesel trucks." 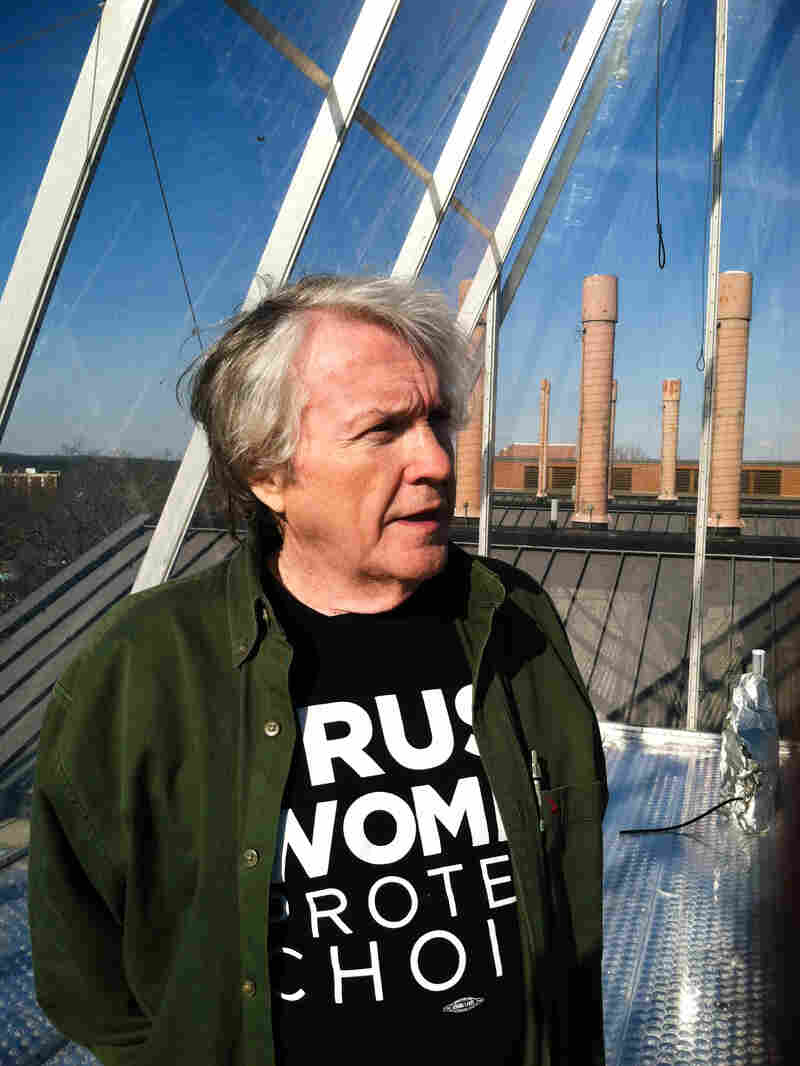 Harvey Jeffries, a professor emeritus at the University of North Carolina, Chapel Hill, shows off a greenhouse on campus that can simulate the atmosphere of any location on Earth. Richard Harris/NPR hide caption 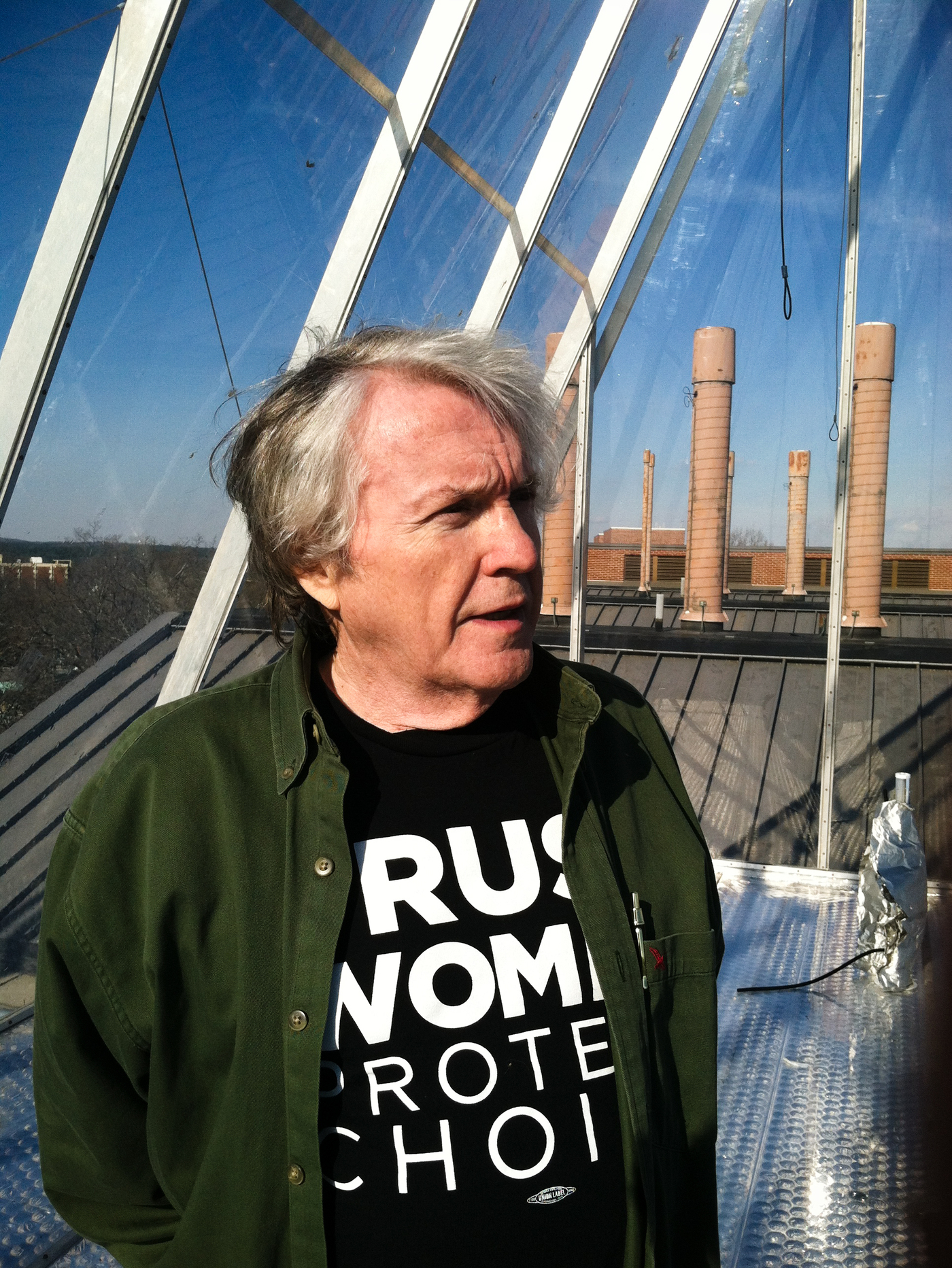 Harvey Jeffries, a professor emeritus at the University of North Carolina, Chapel Hill, shows off a greenhouse on campus that can simulate the atmosphere of any location on Earth.

Pipes draw exhaust from tailpipes right up to this chamber. You wouldn't want to inhale the gases right out of a tailpipe, of course. But breathing exhaust from the air turns out to be even worse.

"If you put the same material in here and cook it in the sun for a day, it becomes anything from five to 12 times more toxic," Jeffries says.

He suspects that sunlight triggers these particles to soak up nasty chemicals in the air. The particles, which might start out as a puff of carbon in diesel exhaust, get transformed into little packages that deliver chemicals deep into lung tissue when you inhale.

"If you don't do this kind of chemistry, you miss what's really going on in the atmosphere," he says.

The air from here gets piped into a laboratory directly below. Jeffries' collaborator, Will Vizuete, says this research is challenging the conventional wisdom about particles and health. It's not simply how much of the stuff you breathe in that counts.

"Not all particles are created equal. Some particles happen to be more toxic than other particles," Vizuete says.

The effects depend on what happened to that particle while it was circulating in the sunny air. And that's where the new instrument comes in.

In a lab directly underneath the rooftop greenhouse, Vizuete and Jeffries show off a machine that sucks in air from the chamber above. The air blows across samples of human lung cells, which grow in small indentations in the instrument. If the air is toxic, the cells send out hormone-like distress signals that scientists can measure. The worse the air, the more "Help! Help!" signals the cells send out.

"The advantage of using a biological sensor is it says 'I'm being harmed. I don't care if you don't know what's causing me harm, I'm being harmed,' " Jeffries says. "That means it draws attention, it makes you do the work and do a better job of figuring out what's going on."

And it tells you, whatever's going on — watch out for that air.

Jeffries and Vizuete see this approach as an important departure from the way air is tested today. Current tests measure chemicals in the air and then infer health risks based on some simple assumptions. Vizuete says the goal here is to build devices like this and sell them to scientists who can put them up all around cities to monitor the air for actual biological hazards. 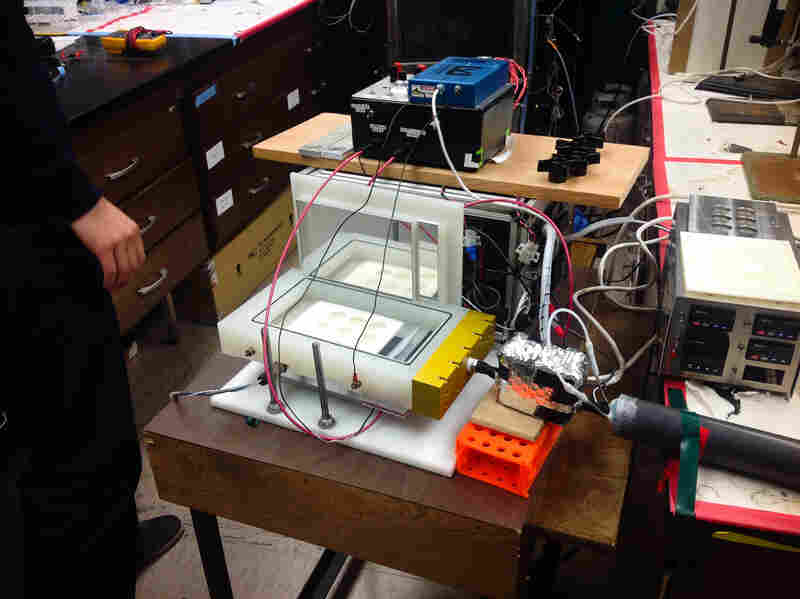 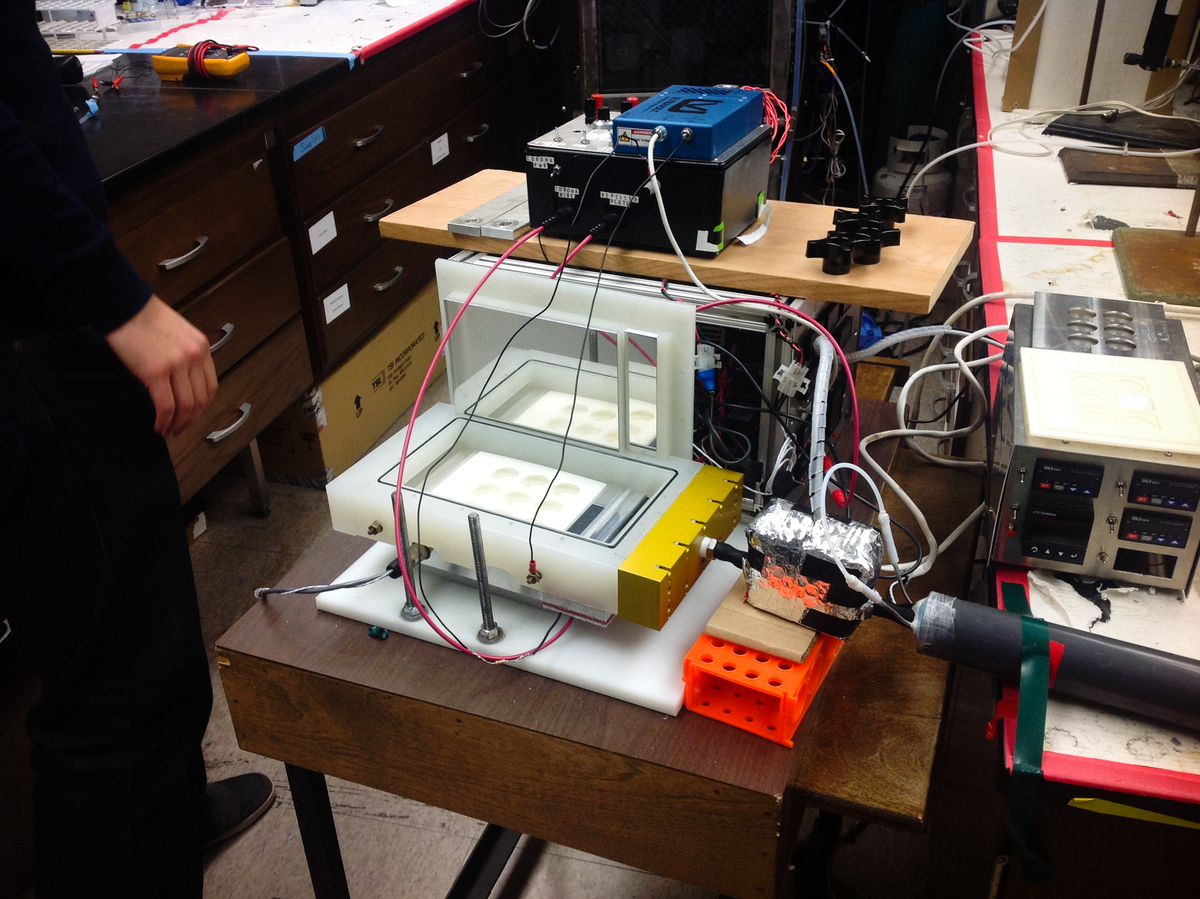 This device uses lung cells to check the air for smog components that hurt human health.

Hardware is actually being built in the building's basement. This school of public health has an unusual facility: a fully equipped machine shop, full of lathes and other digitally driven shop tools.

On the day of our visit, the first prototype was still under construction. Eventually researchers hope to put the parts together into a plastic frame about the size of a paperback book.

Of course this being a university, not a factory, the instrument is only being developed here.

"So right now, the hope is to maybe get two — or hopefully five — of these out of this shop, and then immediately find another kind of tech shop to produce these at a large scale," Vizuete says. Chapel Hill has small tech companies that could easily do this work. The human lung cells are already commercially available.

The instrument isn't as simple to operate as the current chemical "sniffers," though — technicians must collect samples from the devices by hand. Those samples then get analyzed in a lab.

Vizuete has started a company, called Biodeptronics, to mass-produce these instruments. And he's hoping that they'll be for sale later this year. The first customers would be academics who are interested in learning more about air pollution. But Vizuete's vision is that someday these biological sensors will get scattered around cities. Instead of simply telling us what chemicals are in the air, they might tell us something about the actual health risks.