Accessibility links
Many Agree Bridges Are Unsafe, But Few Agree On Fixes The collapse of the I-5 bridge in Washington last month has once again raised questions about the state of the nation's infrastructure. But there is no consensus on how to tackle the problem, or how to pay for solutions. 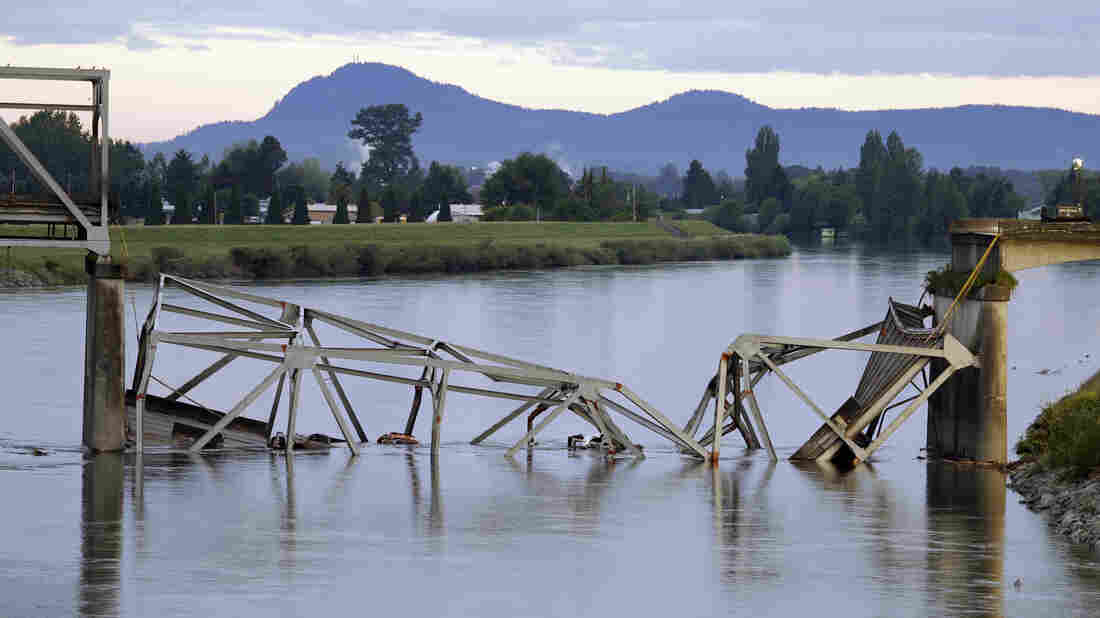 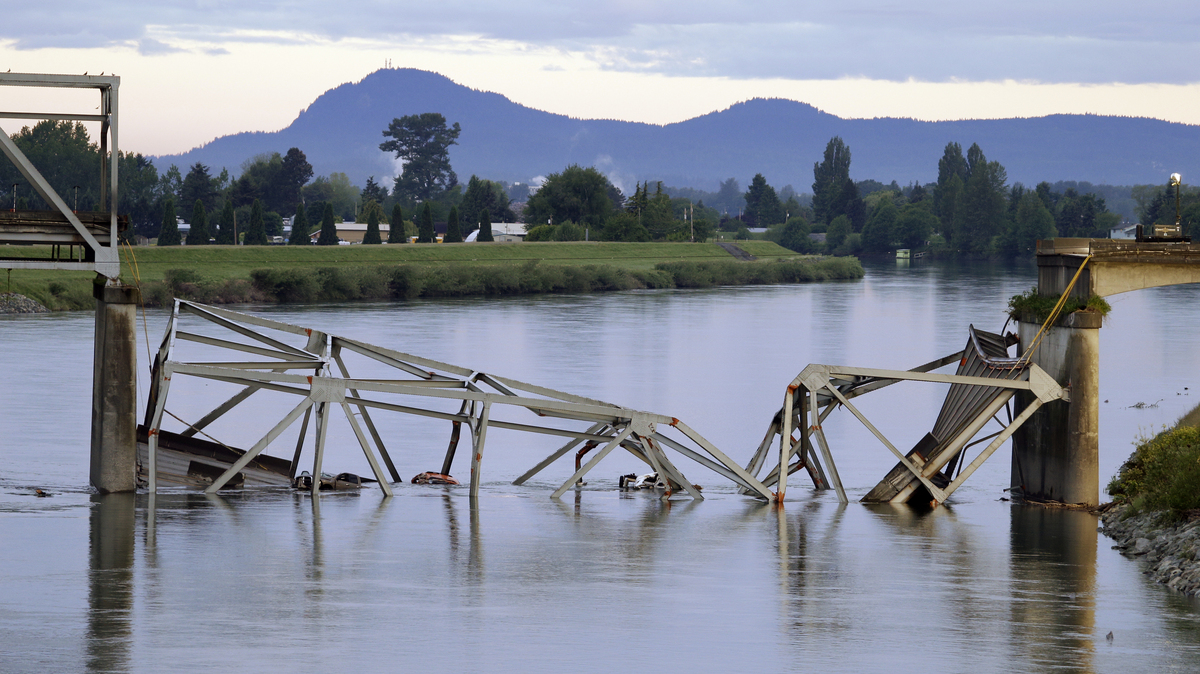 As you head out for summer vacation, ponder this: There's a 1 in 9 chance that the bridge you're crossing has been deemed structurally deficient or basically in bad shape by the federal government.

The collapse of the I-5 bridge in Washington last week has once again raised questions about the state of the nation's infrastructure. But there is no consensus on how to tackle the problem or how to pay for proposed solutions.

The I-5 bridge was not one of the nearly 67,000 bridges across the nation deemed structurally deficient. It was, however, on a somewhat larger list of bridges determined to be functionally obsolete, meaning it was designed to meet old engineering standards. Its traffic lanes were narrower than current requirements and its overhead clearance lower.

Barry LePatner, a New York real estate and construction lawyer, says the bridge was also "fracture critical," or designed with no backup supports in case of a structural failure.

"There was no redundancy," LePatner says. "If one piece breaks on the entire bridge, the bridge goes straight down because there is no other structural support ... to hold the bridge up."

In that way, LePatner says, the Washington bridge is like the bridge on I-35 in Minneapolis that collapsed in 2007, killing 13 and injuring more than 100.

LePatner is author of Too Big to Fall, about the nation's failing infrastructure. What happened in Washington and Minneapolis, he says, is a harbinger of what might happen to thousands of other bridges in the nation.

"When you combine those poor bridges that must have traffic limited on them because they can't support the weight as originally designed ... with a fracture critical design ... we have a very toxic combination that imperils the traveling public," he says.

LePatner says for decades the nation has starved its roads and bridges. The federal gas tax, which provides the bulk of the funding for the Highway Trust Fund, hasn't been raised in two decades. And the trust fund, which pays the federal share of road and bridge construction, is expected to go broke next year.

President Obama has called for spending $50 billion to pay for bridge and road construction, as well as setting up a national infrastructure bank — an idea that's gained little traction so far in Congress. Democratic Rep. Janice Hahn of California says infrastructure spending provides a good return on investment.

"We know that this will create jobs [and] we know it will put people to work," Hahn says. "It will improve the efficiency of our nation's transportation system and it's going to be worth the investment."

Hahn has called for hearings on the Washington bridge collapse as a way to raise awareness of the infrastructure problem.

While Congress has been gridlocked, states have been trying their own solutions to funding bridge and road repairs. Some have raised their own gas taxes; others, like Massachusetts and Colorado, have authorized increased borrowing. Charlie Chieppo of Harvard's Kennedy School of Government says this is a good time for bridge building or rebuilding.

Spending by all levels of government on bridges totaled more than $28 billion last year, according to the American Road and Transportation Builders Association. Still, the Federal Highway Administration estimates it will take an additional $20 billion a year over the next 16 years to bring all the nation's bridges up to standard.