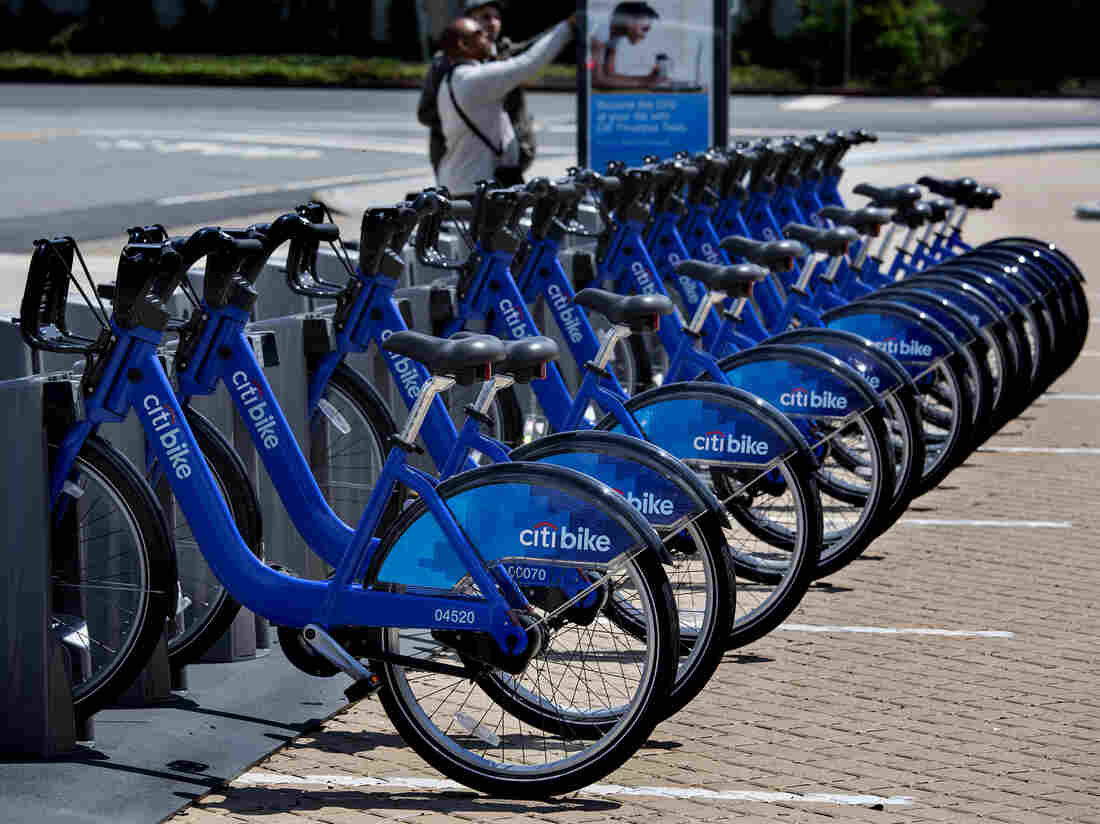 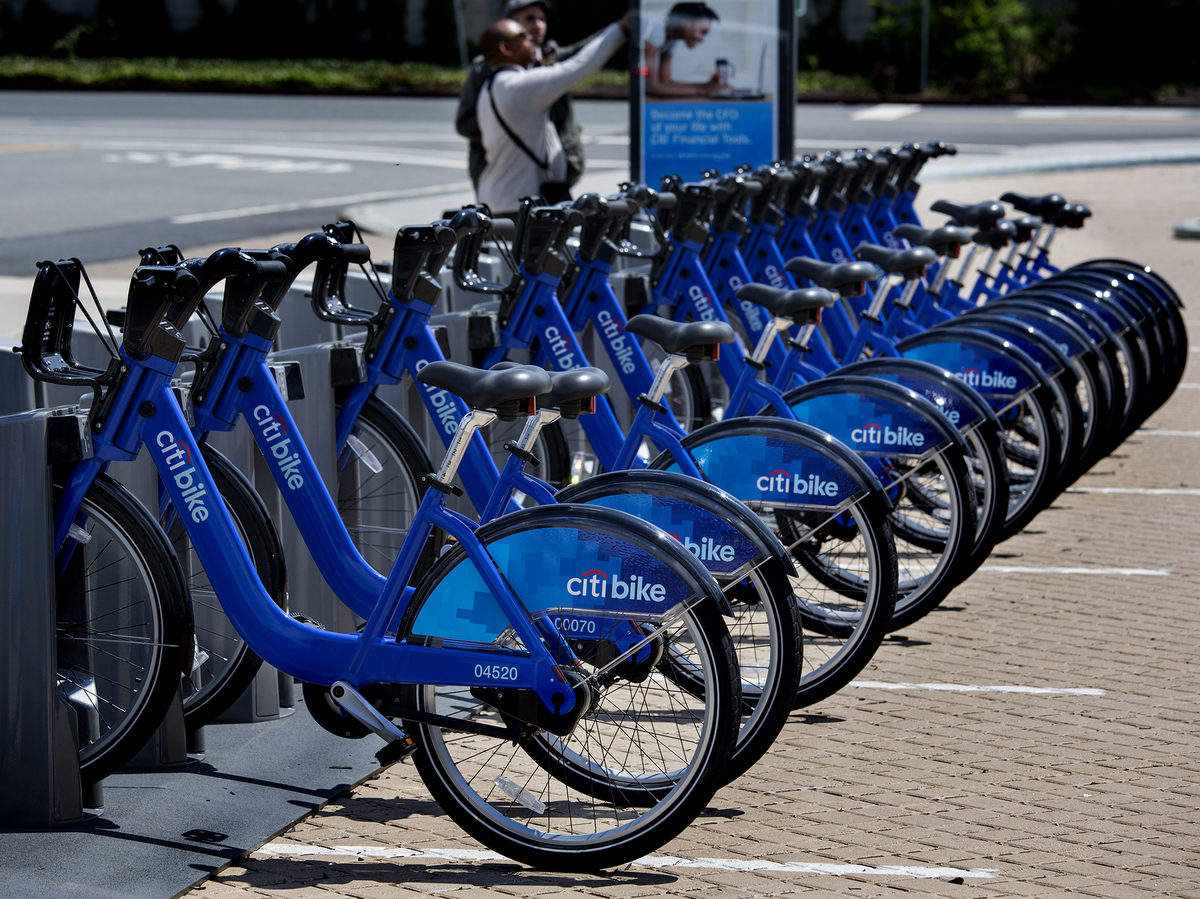 It's a good time to be a cyclist in America.

New York kicked off a new bike-sharing program this week, with Chicago and San Francisco both close behind. Those cities are expected to launch similar systems this summer.

The sharing programs are all check-in, check-out systems, with automated stations spread throughout a city, designed for point-to-point trips. "We try to encourage people to use it ... almost like a taxi," says Gabe Klein, commissioner of the Chicago Department of Transportation.

Klein helped start Capital Bikeshare in Washington, D.C. — the largest bike-share system in the U.S. until New York took over the title. He is also overseeing Chicago's Divvy bike share program. He spoke with weekends on All Things Considered host Wade Goodwyn about the future of biking in American cities.

On encouraging more people to ride

"When it doesn't feel as safe, the people that are riding are what we call the strong and the fearless, and they make up about 7 percent. What we have found is that 60 percent of the population would like to ride. The problem is they don't feel safe. And those are the people that we're appealing to with the infrastructure that we're putting in here in Chicago or that you've seen in Washington, D.C., protected bike facilities that separate people from cars, and with the bike-sharing program."

On the future of bike sharing

"The more density the better, but, having said that, you also have universities embracing bike sharing, you have less dense cities like Portland launching bike sharing and Houston, right there in Texas. So, it's across the board, and I think as cycling becomes more mainstream, you're going to see it roll out in very different environments."