Accessibility links
Detroit Museum Not The First To Consider Selling Out The financially troubled city of Detroit is eyeing the sale of its prized artworks, which include paintings by van Gogh. In recent years, a number of museums have brought in millions by selling off art. Such sales invariably trigger protest but can proceed unless there's some legal violation involved. 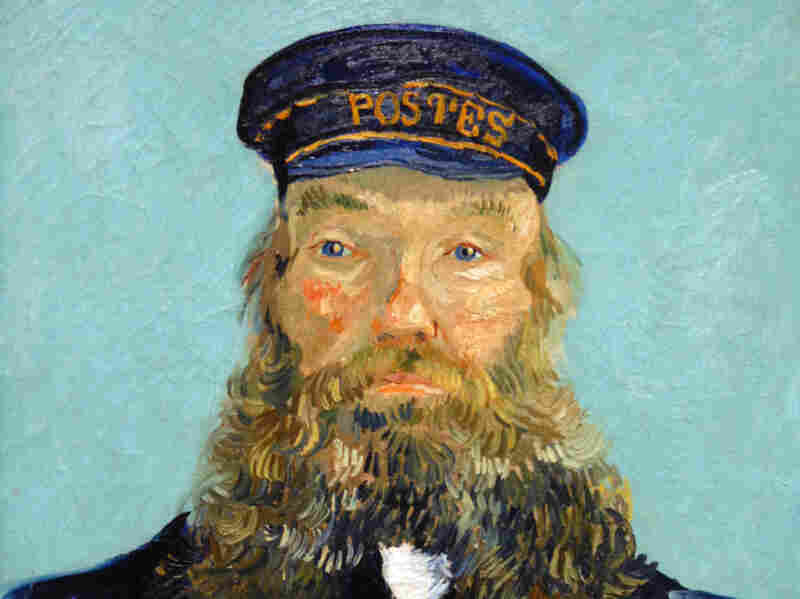 Vincent van Gogh's Portrait of Postman Roulin is part of the collection in the city-owned Detroit Institute of Arts. The financially troubled city of Detroit is eyeing the sale of its prized artworks. aPic/Getty Images hide caption 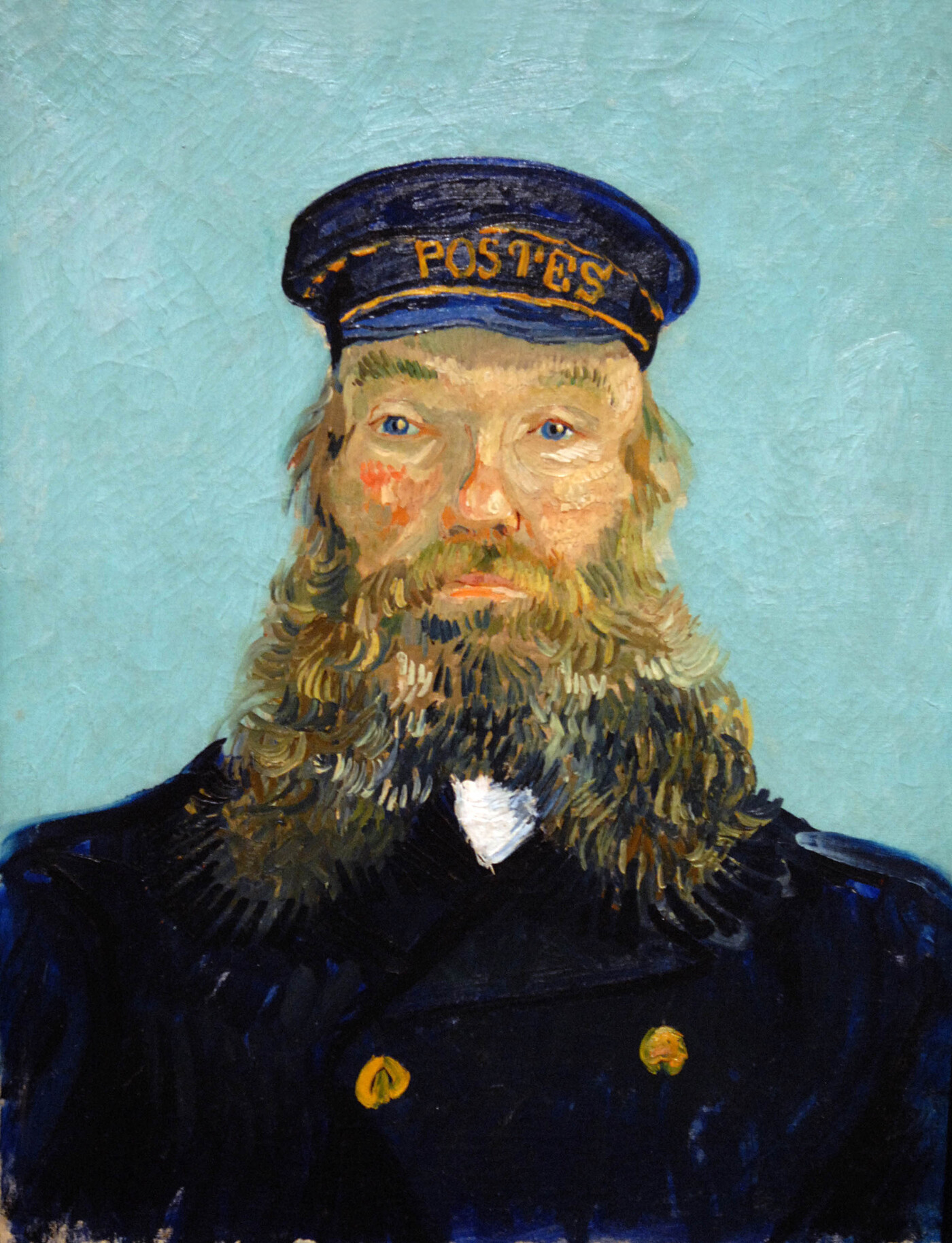 Vincent van Gogh's Portrait of Postman Roulin is part of the collection in the city-owned Detroit Institute of Arts. The financially troubled city of Detroit is eyeing the sale of its prized artworks.

Detroit doesn't have to wait for Antiques Roadshow to come to town to know the city owns priceless treasures. The city-owned Detroit Institute of Arts holds works by van Gogh, Matisse, Renoir and other artists that could bring in tens of millions of dollars each.

And they just might sell. With the city more than $15 billion in debt, Kevyn Orr, the state-appointed emergency manager trying to straighten out Detroit's finances, has asked the museum to inventory its works with an eye toward potentially selling them off.

It's a scenario that has people in the art world up in arms. When Edsel Ford commissioned Diego Rivera to paint murals for the museum back in 1932, he wasn't thinking they might be sold in 2013 to pay for pensions.

"To sell off artwork to pay for a city's general debt is unconscionable," says Kathleen Bernhardt, an art dealer in Chicago. "It's a short-term sell-off of a magnificent part of their heritage."

Museums sell works all the time, but typically not their best stuff. When they do sell, it's to get rid of pieces that don't suit the collection. They use the money to buy new works that are a better fit. They're not supposed to use the money to buy computers or pay down debt, according to industry standards.

But when museums aren't free-standing institutions, as is the case in Detroit, the larger entities that control them sometimes can't help but see dollar signs. The van Goghs are just hanging there, waiting to be put up for auction.

"A lot of institutions are gun-shy about trumpeting what the size of their assets [is], so that a trustee is not tempted to sell them off," says Kris Anderson, director of the Jacob Lawrence Gallery at the University of Washington.

Some Universities Want To Sell

All museums have to inventory their works for insurance purposes. But Anderson says the bottom line has been more closely held information ever since Brandeis University talked about selling off the entire collection of its Rose Art Museum back in 2009.

"In the case of Brandeis, you had a truly visionary president who did so much good for the university, but got caught up in a very short-term temptation to look at an easy fix," says Michael Rush, who then served as Rose's director. "To our way of thinking, the university was really selling its birthright by even considering selling its collection." 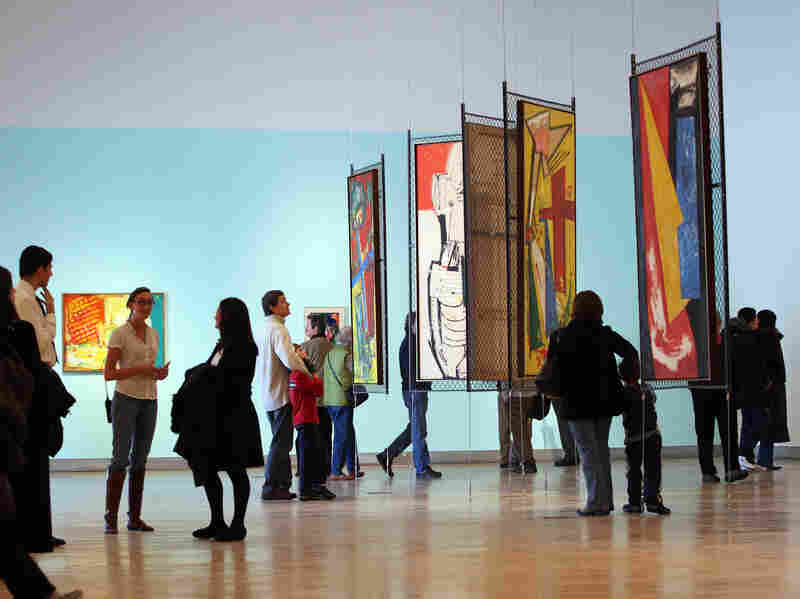 Brandeis University considered selling off the collection of its Rose Art Museum in 2009 but later decided against the move. Essdras M. Suarez/Boston Globe via Getty Images hide caption 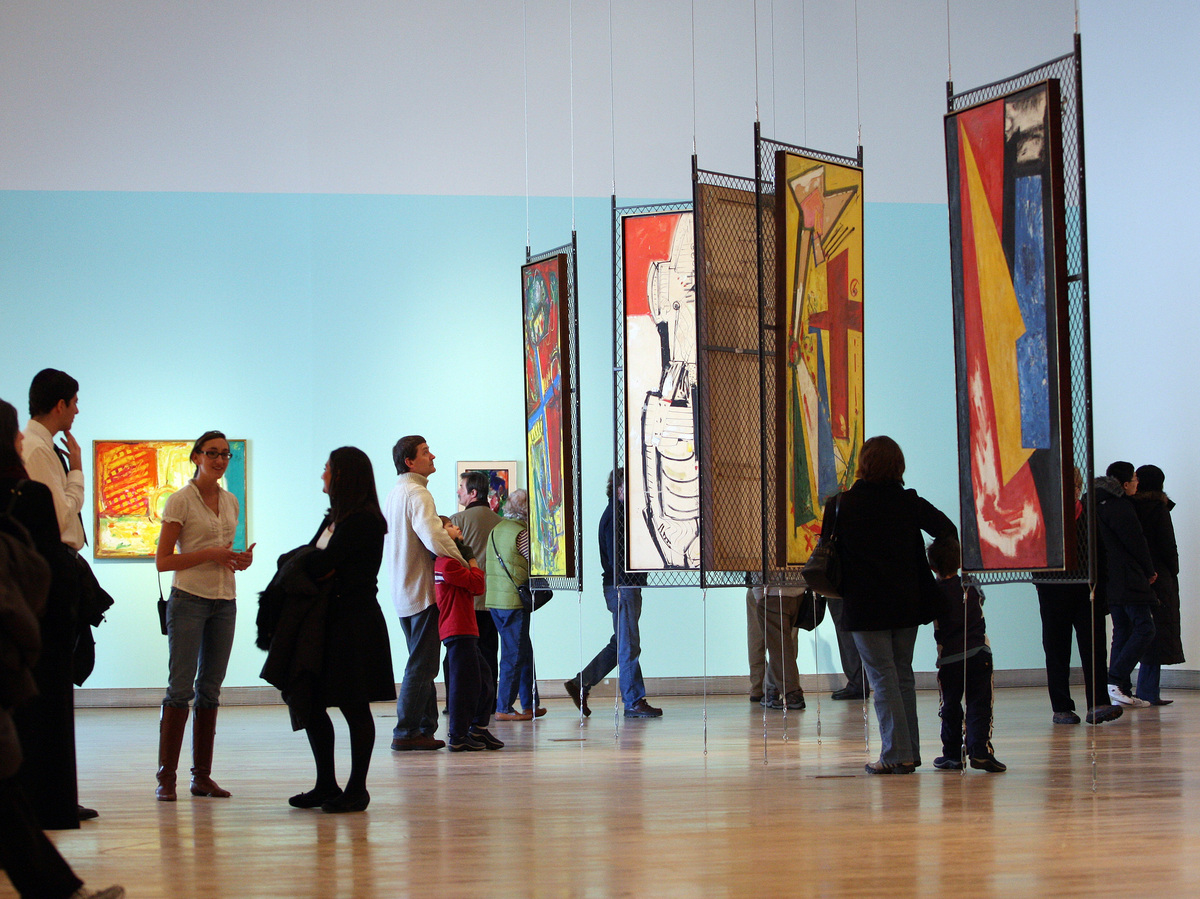 Brandeis University considered selling off the collection of its Rose Art Museum in 2009 but later decided against the move.

It was a common consideration during the depths of the recession. Faced with financial problems and endowments battered by the stock market plunge, a number of museums thought long and hard about selling off works.

The temptation was especially strong for universities, which aren't shy about selling off art galleries, campus radio stations or other assets they don't view as part of their prime mission.

In 2005, Fisk University began a seven-year legal battle to shed a number of its works, including a famous painting by Georgia O'Keeffe. In 2008, Randolph College in Virginia sold a Rufino Tamayo painting for $7.2 million and put three other major works in storage at the auction house Christie's, waiting for the market to improve.

But it's not just universities. The Field Museum in Chicago over the past decade has sold off numerous works by noted Western artist George Catlin. An internal report this year suggested that the museum's rare book collection might fetch $50 million on the open market.

Last year, Fisk University reached an agreement with the Crystal Bridges Museum of American Art in Arkansas, which was founded by Alice Walton, a Wal-Mart heiress. Crystal Bridges paid Fisk $30 million to share the rights to a collection of 101 pieces that had been donated by O'Keeffe back in 1949.

In essence, Crystal Bridges bought a time share. The museum will hold and display the works for two years out of four, while Fisk keeps them the other two years.

"We do think that we have the best of both worlds," says Edwina Harris Hamby, Fisk's vice president for institutional advancement. "We still have a 50 percent share in the collection and all of our students will have access to it."

She says many more people will be able to see the works, since they are also available for viewing at Crystal Bridges.

"Ironically, we did not have a lot of people coming to view the collection, before it became the great issue in court for seven years," Hamby says.

It obviously hurts a museum's reputation when it sells off — or is forced to sell off — its greatest works. It's kind of like a baker who decides to sell off his oven to satisfy his debts. Once the oven is gone, what's left for the baker to do?

"Your collection is from a strategic point of view one of the most valuable resources you have to generate excitement among the public and among donors who will help support the museum," says Russell Lewis, executive vice president of the Chicago History Museum. "Once you go down that path of selling something that has a high value and is part of the legacy collection, you're going to have a hard time attracting donors."

And, once the van Gogh is gone, it can't help you sustain payments for staff salaries or medical care. "Overcoming budget problems by selling art collections seems all too easy, but it's all too shortsighted," says Rush, the former Brandeis museum director who now directs the Broad Art Museum at Michigan State University.

Still, he notes, in the case of Brandeis, preventing proposed sales really came down to the question of whether a state attorney general thinks the museum is violating donor intent or is somehow in breach of its tax-exempt status.

"The truth with Brandeis is the university would have gone on its merry way if the board hadn't brought suit and gotten sympathy from the attorney general," Rush says.

In the end, Brandeis settled a lawsuit and decided against selling its artwork.

Should Detroit Bail Out By Selling Van Gogh? May 28, 2013
Proposal To Sell Detroit's Art To Save The City Draws Outrage May 28, 2013
Family Fights Sale Of Iconic Thomas Cole Painting May 6, 2013