Accessibility links
Three-Minute Fiction: Litter I found your soul discarded in the street today.On a three by five index card, you scrawled in heavy black permanent marker letters, "YOU NOW OWN MY SOUL." Initialed under that. Today's date under that. It's a neat little binding contract. 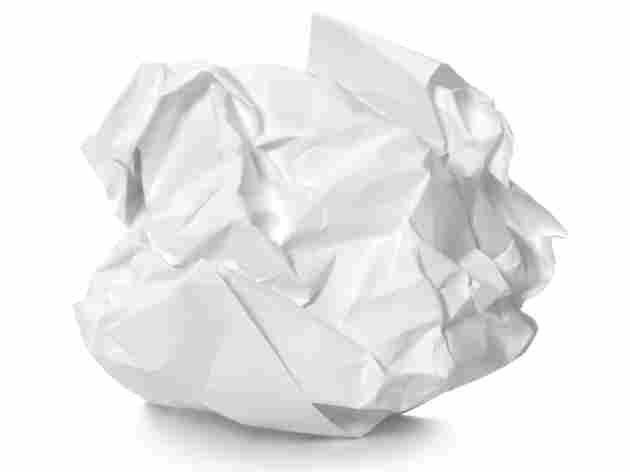 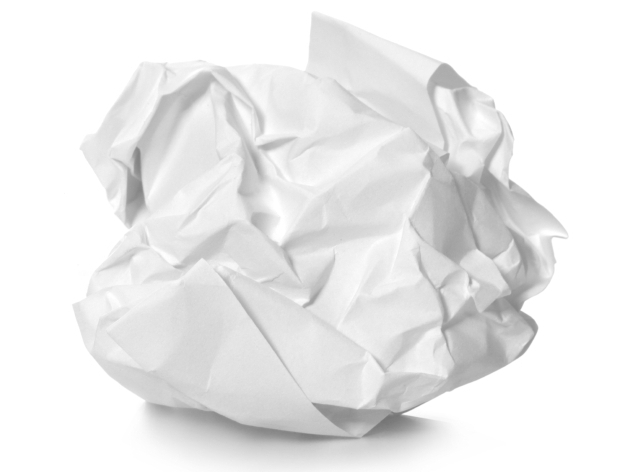 I found your soul discarded in the street today.

On a three by five index card, you scrawled in heavy black permanent marker letters, "YOU NOW OWN MY SOUL." Initialed under that. Today's date under that. It's a neat little binding contract. I bet it would hold up in the highest court, even if you meant it as a joke. You shouldn't be so cavalier with your immortal essence. I spied it between a wad of chewing gum and a mangled plastic bottle. Anyone could have found this card where it laid half-in, half-out of the gutter with the collected effluvia of a thousand passers-by.

There was a footprint on it, you know? That's just how little they cared. Or maybe they didn't realize what they were stepping on, any more than you realized what you were giving away. You wouldn't throw out your own soul, no. You gave it to someone else. It wasn't a joke; I was wrong about that, wasn't I? You loved him — or her — and you wanted the depths of your devotion to be understood and returned by her — or him. Consumed by their own casual selfishness, they didn't grasp the importance of that simple, lined index card.

They threw it out. But I won't.

Or maybe it wasn't anything as crass as that. It could have been an escape attempt. Your soul, desperate to get back you, wriggling free of someone's backpack, or pocket, or plucked from their fingers by a lucky gust of wind. It does get windy here, this time of year. Whatever the method, your soul took flight in one last gambit, to undo the mistake you made in giving it away.

It won't escape me.

I have it pinned to the wall, now. Above and to the right of my family photos. It's a place of honor. Did you feel those four thumbtacks? Like a shiver up your spine or a goose stepping on your grave. I think I'll leave it there for awhile, just where I can touch it as I pass by. I don't know who you are. I probably never will. But I have the most important part of you, and it's mine to do with as I please.

I can't express how much comfort it gives me, either. To know that I control someone's soul, it makes every other issue in my life seem trivial. There's nothing I can't conquer, no setback I can't overcome. The boost to my confidence has been nothing short of life-changing, all thanks to one little index card.

That's why you'll never know who I am. Your soul is more necessary to me than my own. You'll never get it back.

I'd see it burn before I let that happen.