Accessibility links
Three-Minute Fiction: The Shirt She was cleaning out the closet, looking for items to give to Goodwill, when she found it. It was balled up at the back of the top shelf and had sat, collecting dust, for how long? Eight years? Nine? At least since they'd moved into the house and Will was a baby. 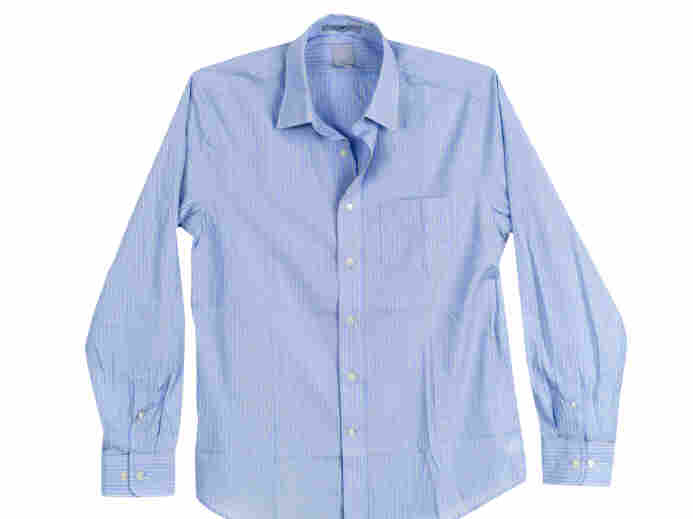 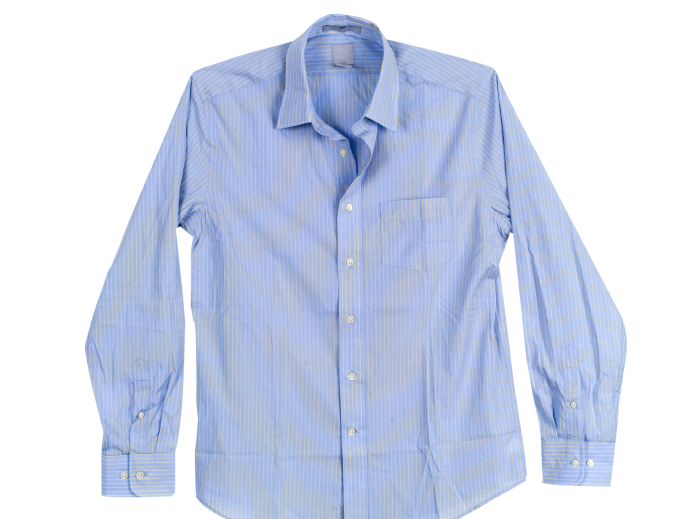 She was cleaning out the closet, looking for items to give to Goodwill, when she found it. It was balled up at the back of the top shelf and had sat, collecting dust, for how long? Eight years? Nine? At least since they'd moved into the house and Will was a baby. It was Ted's old shirt from his single days, part of his "going out" outfit that he thought was so retro hip and cool, but which was really just fugly.

That was a term she's learned from Ted himself, along with "soup sandwich" and "FUBAR," back when he'd just left the army. He was a kid from South Dakota who didn't have a clue what was fashionable, who thought parachute pants were in style at least a decade after they'd been branded as a regrettable relic of the Eighties.

And really, how could he be expected to know what was stylish? Growing up, his mom bought all his clothes at WalMart, the only place within 50 miles that sold anything other than Wranglers and Carhartt. He'd joined the Army at 18 and basically never wore anything but uniforms after that.

When she first met him, he had no idea how to dress himself for civilian life, a fact pretty much summed up by this shirt. It was mustard colored, with huge paisleys that looked like more like hideous amoebae than a design element. It was 100 percent cotton that felt rough and stiff, and it wrinkled like crazy. "God, he must have spent hours ironing this thing," she thought as she fingered the now-faded fabric.

She remembered that he'd worn it when they went to the Green Mill once early in their dating days, how he'd slyly checked himself out in the car window as they headed out. She remembered too how he'd pulled her close later that night, the heat and the noise of the club disappearing as he drunkenly whispered in her ear, "I'm with the prettiest girl in this place." His grin was lopsided and sweet, and her breath hitched as he spoke. How drawn to him she was to him, god-awful shirt and all.

It wasn't until months after that night, when they were firmly established as a couple and practically living together, that she finally gave him grief about the shirt. "Oh, the bloom is really off the rose now," he'd said smiling. He'd still pull it out occasionally, putting it on despite her groans of protest, not caring a bit how ridiculous it looked. She knew he wore it just to get a rise out of her, to establish himself as a still-independent guy, despite the fact that he'd happily let her replace most of his wardrobe by then.

Then, one day when he was at work and she was home with their first son, she'd come across it while searching for something to wear that wasn't yet stained with Will's spit-up. Nothing of hers fit yet and the shirt was lurking toward the back like an embarrassing drunk who won't leave the party. She had yanked it off its flimsy wire hanger and thrown it up onto the topmost shelves with a disgusted grunt.

Now this artifact from another life was in her hands, still just as awful as she remembered. She started to toss it into the Goodwill pile, but stopped. It was precious, this obscenely ugly shirt. She smiled to herself as she folded it carefully into a tidy square, stepped back to gather momentum, and launched it up into the darkest reaches of their closet.