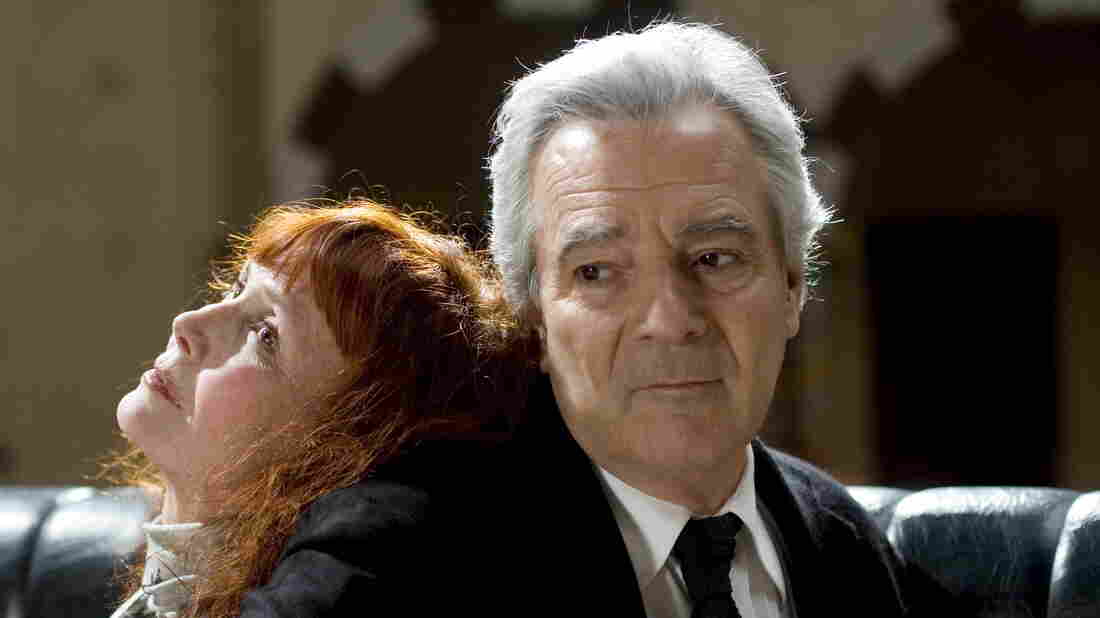 Sabine Azema (left) and Pierre Arditi are two of the veteran actors drawn into a convoluted retelling — and reimagining — of the Orpheus and Eurydice story in Alain Resnais' You Ain't Seen Nothin' Yet. Kino Lorber hide caption 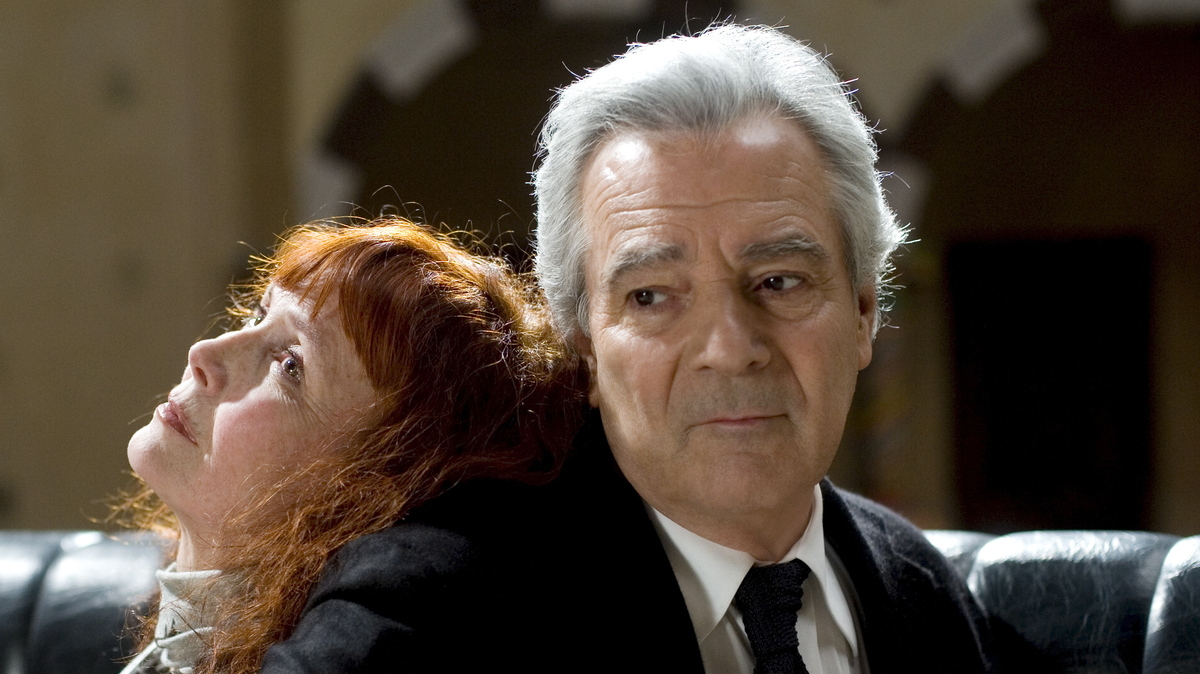 Sabine Azema (left) and Pierre Arditi are two of the veteran actors drawn into a convoluted retelling — and reimagining — of the Orpheus and Eurydice story in Alain Resnais' You Ain't Seen Nothin' Yet.

You Ain't Seen Nothin' Yet

As a relatively young man, French director Alain Resnais made films about loss, remembrance and the ghosts of a recent history that included the Holocaust, Hiroshima and the brutal Franco-Algerian war. He was 89 when he directed his latest film, You Ain't Seen Nothin' Yet, which also considers the presence of the past. But the director's concern with real-life horrors has been replaced here by an outlook that's both playful and explicitly theatrical.

This isn't a new development. Beginning with 1986's Melo, Resnais has often gone to the theater for inspiration, adapting works by Sir Alan Ayckbourn and others. You Ain't Seen Nothin' Yet conflates two plays by Jean Anouilh — the mythological Eurydice and the autobiographical Dear Antoine: Or, the Love That Failed — and that's just the beginning of its intrigues.

The result is complex yet lighthearted, as diverting as it is meditative. Resnais uses contrapuntal editing — one of his trademarks — as well as artificial settings, special effects, split screens, cinematic references and anachronistic devices to keep viewers tipsily off-balance. At one point, he inserts a silent-film title to indicate that his characters have entered the land of the dead; the oft-quoted words on the card come from Nosferatu, German film director F.W. Murnau's 1922 version of Dracula.

At 88, Resnais Is Still Planting Surprises In 'Wild Grass'

You Ain't Seen Nothing Yet opens with a series of phone calls summoning well-known French actors to the home of a playwright and director (Denis Podalydes). The man has just died, and his will requests that his favorite former collaborators come watch a video of a punky young company's new production of his — actually Anouilh's — Eurydice.

The actors, playing themselves, include Resnais regulars Pierre Arditi, Sabine Azema and Lambert Wilson along with Mathieu Amalric, Anne Consigny and Michel Piccoli. They converge on a stage set representing a mansion, where they begin to watch the video (which in fact, was directed by Podalydes). As the young, on-screen cast performs, the veterans begin to utter the lines they know so well. Eventually, they take the play away from the recorded players. 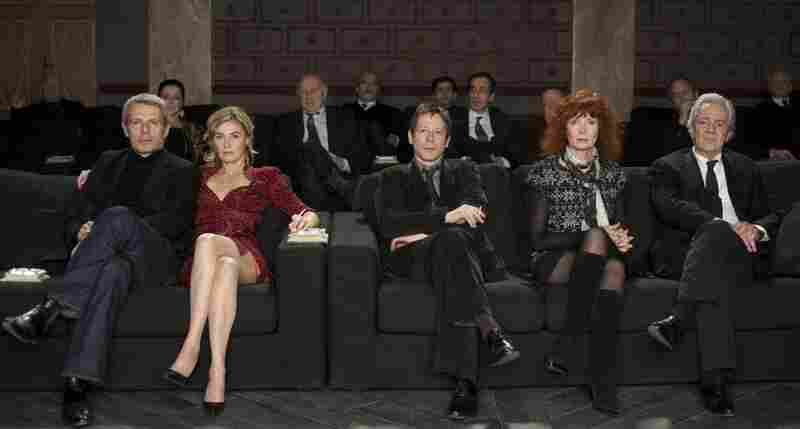 You Ain't Seen Nothin' Yet features Resnais regulars Pierre Arditi (left) and Anne Consigny, who portray themselves and also interpret the mythical characters of the singer and his very mortal beloved. Kino Lorber hide caption 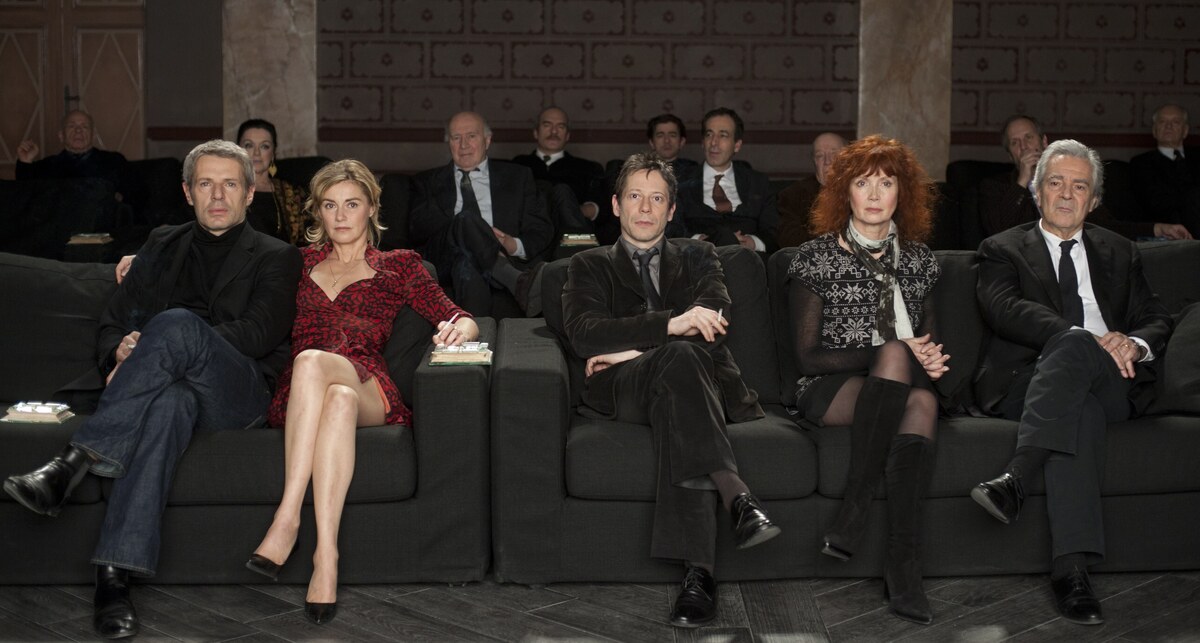 You Ain't Seen Nothin' Yet features Resnais regulars Pierre Arditi (left) and Anne Consigny, who portray themselves and also interpret the mythical characters of the singer and his very mortal beloved.

This is no simple matter, since the room contains multiple veterans of the roles. There are two sets of actors who've played Eurydice and her lover, Orpheus: Azema and Arditi, as well as Consigny and Wilson. As the actors come to inhabit the parts, they're transported from the late playwright's house and into the hotels, cafes and train stations visited by a traveling company on tour in the south of France.

Extended for nearly two hours, the early scenes' jumbles and juxtapositions would be exhausting. Once the premise is established, however, Resnais calms down and allows individual scenes to play longer. What started as a director's showcase tips toward the actors, who are marvelous. Especially satisfying are Consigny and Amalric, whose styles suit the material a bit better than the broader approach of some of the older performers.

The myth of Eurydice and Orpheus is about lovers who are separated by death, but are given one chance to overcome its certainty. You might imagine this theme being of special interest to Resnais, who's outlived many of his French new wave peers, and whose best-known 1960s films have one foot in the graveyard of 20th century, European history.

But if Resnais is contemplating his own mortality, he gives no indication. Instead, he flips the fateful Greek myth to offer the possibility that death is just another theatrical gambit. Like its predecessor, Wild Grass, You Ain't Seen Nothing Yet ends on a note of exuberant absurdism. Rather than accepting death, the movie suggests that a player's part can always be rewritten, and that a bygone life is just a script awaiting a bold revival.