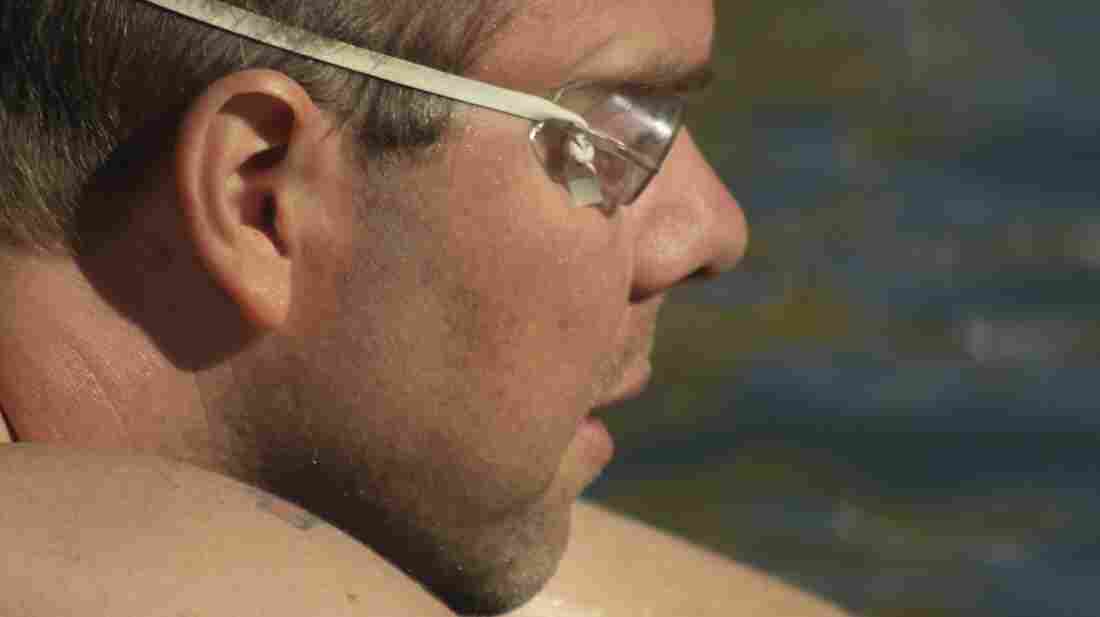 Goody Tyler, a schoolteacher, earned the "ice man" label for swimming a mile in 41-degree water in the Great Salt Lake. He credits that swim and workouts in the lake for helping him withstand the tedium of chemotherapy while being treated for cancer. Wanda Gayle hide caption 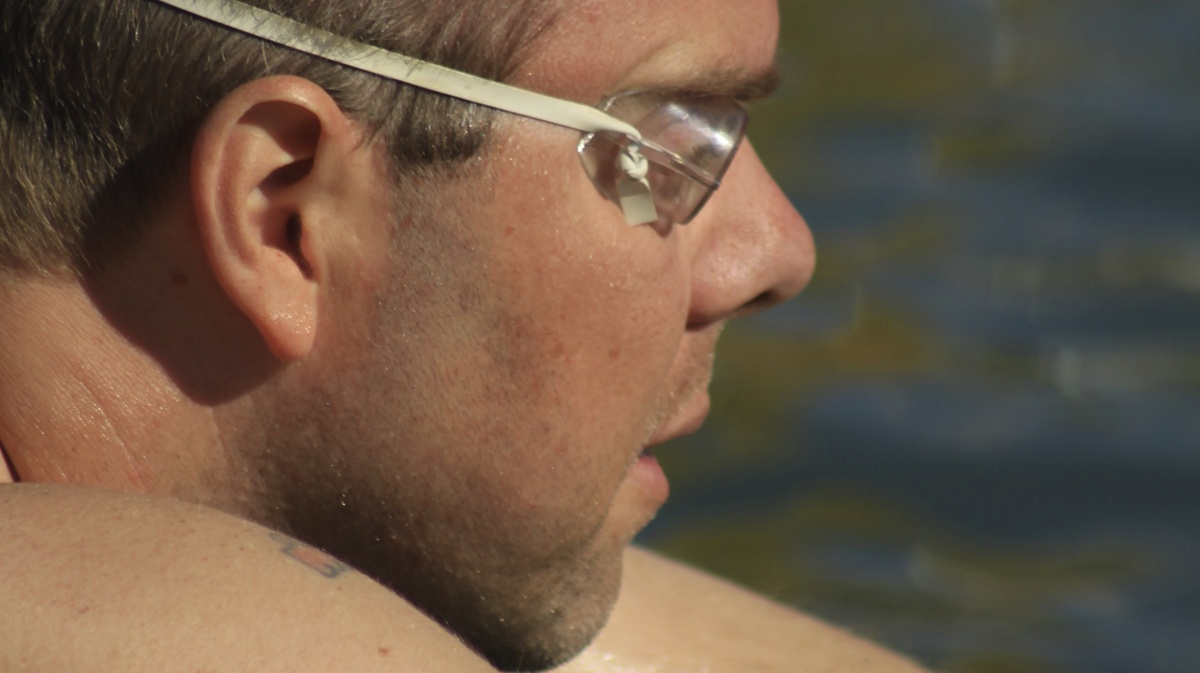 Goody Tyler, a schoolteacher, earned the "ice man" label for swimming a mile in 41-degree water in the Great Salt Lake. He credits that swim and workouts in the lake for helping him withstand the tedium of chemotherapy while being treated for cancer.

Goody Tyler isn't just any hard-core Great Salt Lake swimmer. He's a certified "ice swimmer." In December, Tyler swam 1 mile in the lake when the water temperature was only 41 degrees, the maximum temperature for an official "ice swim."

"You're only allowed to wear one cap, one pair of goggles and a Speedo," Tyler says. "And that's it."

It took 40 minutes in the snow-fringed lake, and the 36-year-old schoolteacher, husband and father of two girls had more to prove than his own wacky toughness. Tyler was about to undergo surgery for testicular cancer and begin 20 rounds of chemotherapy.

"I actually felt the moment when my brain switched from 'fun cold swimming' to okay....this is officially survival mode," Tyler wrote in his blog post about the swim.

His body began to shut down as hypothermia set in. Blood drained from his arms and legs to protect the core of his body, and extremities became numb stumps.

"A beautiful but profane thing happened at the same time," Tyler wrote. "I started to get mad...real MAD," because cancer was taking away his ability to swim in the Great Salt Lake.

"I didn't actually intend to do the ice mile that day," he recalls now. "I just happened to go for it."

Tyler's blog describes what happened next:

"I then was chanting the full words, 'F Cancer...F U Cancer'!!! over and over. It worked. I was so stinking mad that I started to swim faster."

His Salt Lake swimming buddies Gordon Gridley and Josh Green were there cheering him on. It was a good thing, too, because after the swim, Tyler couldn't stand up on his completely lifeless legs. He had to be carried out of the water and into a waiting van. The heater was blasting but even that didn't counter the cold. Tyler was "shaking violently and moaning from the pain."

So, Gridley and Green drove the "ice man" to a warm shower at the marina. "The recovery was brutal," he later wrote. "I've never felt pain like that."

Tyler had trained for the swim by working out in the cold lake. He actually favors cold water; when the temperature rises much above 50 degrees it begins to feel too warm.

The experience, he says, helped him get through his chemotherapy.

"I'd spend hours and hours at a time being in cold water," Tyler remembers. "You have to be able to tolerate being cold, uncomfortable, miserable, cramps, tired [and] hungry."

After the swim, Tyler wrote, "I want something to LOOK BACK ON when I'm miserable and use that as motivation to get better."

As he warmed up after the ice swim, the emotional impact of the swim and his fight against cancer hit hard. "I cried like a baby in front of my 2 friends and felt no shame it."

At the time, Tyler became the eighth American to complete a certified ice swim. The first round of chemo began four days later.

Now, chemo treatments are done and a jagged surgical scar begins just below his sternum, extends down and around his navel, and disappears beneath his swimsuit.

On his blog, Tyler lists his goals for the year. Goal #1 is "BEAT CANCER!" And next to those words is this: "DONE!"