Accessibility links
Jose-Luis Orozco: Capturing Kids' Attention In Two Languages For the past 42 years, the Mexican singer and author has been entertaining children with songs he sings in English and Spanish. Orozco's passion revolves around teaching children to be bilingual through music. 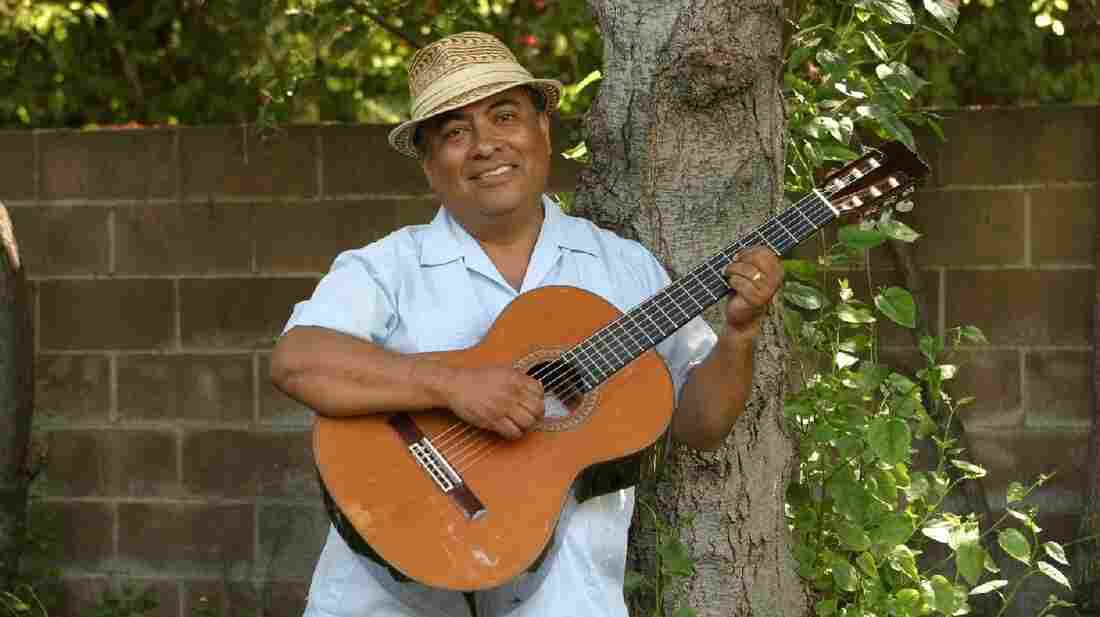 José-Luis Orozco is as much an educator as an entertainer: The singer and author is passionate about teaching children to be bilingual through music. Courtesy of the artist hide caption 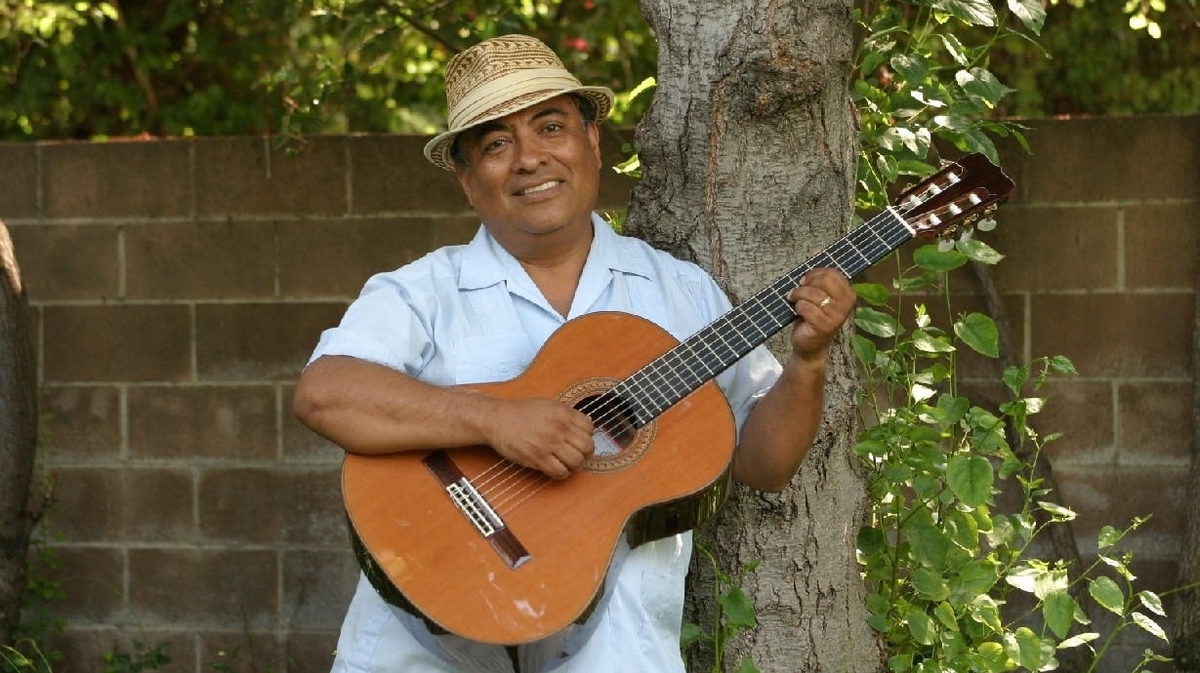 José-Luis Orozco is as much an educator as an entertainer: The singer and author is passionate about teaching children to be bilingual through music.

For the past 42 years, José-Luis Orozco has been entertaining children with songs he sings in English and Spanish. He's passionate about teaching children to be bilingual through music, and he's also written books for kids.

"Let's say hello to each other," he says to a crowd of preschoolers at the Los Angeles Times Festival of Books. "Buenos días," he sings.

"Buenos días," they repeat in unison.

"Good morning," he sings back.

Orozco manages the near-impossible: getting hundreds of small children to pay attention. He entertains them the old-fashioned way — alone, with his guitar, asking them to sing, dance and clap along, and pretend to make hot chocolate with their hands. The kids count and do the ABCs and name the months of the year. They dance the Macarena and imitate farm animals.

"These are important tools for children to help them with oral language development, literacy, body movement and coordination," Orozco says from his home in the Hollywood Hills.

He says he wants Latino children to love the music as much as he does. "Many abuelitas and many parents know the songs that they learned as kids," he says. "It's important to tell the parents, que les cantan a los ninos; keep on singing, keep those rhymes and those games, because we have a rich tradition, and it's important to pass it on."

Orozco was born 65 years ago in Mexico City, and grew up listening to children's musician Cri Cri on the radio. His mother and grandmother sang many of the same tunes he sings today. When he was 7, he joined the Mexico City Boys Choir. They traveled the globe singing religious and folk songs.

"We were the little Mexican ambassadors," Orozco says. "I got to see the world. We sang before five different presidents. And we sang at the palace of Monaco to Princess Grace Kelly."

Orozco's solo in 1959, at the National Theater in Santiago, Chile, won him three standing ovations. With his choir, he sang with famous Mexican musicians of the day, including Lola Beltrán and Pedro Vargas. And they appeared in movies, like the 1959 film El Sordo.

Eventually, he made his way to the San Francisco Bay Area with $50 in his pocket. Back then, in the 1970s, Berkeley's innovative bilingual education programs were blossoming, and Orozco was hired to teach music. He says he remembers the political fights over the public schools' federally funded programs.

"It's been controversial, but now not as much," he says. "I'm so happy to visit dual-language schools because there is an open heart. Kids appreciate this diversity, understanding of other cultures and respect."

Orozco left his job as a vice chancellor of the National Hispanic University to earn his degree at the University of California, Berkeley, and to start a publishing company for his recordings and books. His latest project, Caramba Kids, promotes fitness and good eating habits.

At an elementary school in Montebello, east of L.A., Orozco gets the children to dance along and sing phrases like, "Ooh la la, ooh la la, they all say ooh la la." He talks about Mexican history. And he asks the kids about their futures.

"My parents will tell me, 'Sing in Spanish, come on!' and I'll be too shy, but he made it really fun," Duarte says.

"I would be annoyed by the Spanish music my mom and dad would play every time there's a celebration," Cortez says. "But this made me not annoyed. So I loved it."

Not annoying: That's high praise from this crowd. Orozco's catchy repertoire left an impression on even the youngest in the audience. After his concert, my 19-month-old daughter, Amaya, sang "Ooh la la" all the way home.