Accessibility links
Judy Blume Hits The Big Screen With 'Tiger Eyes' Adaptation With the help of her son Lawrence Blume, Judy Blume has adapted her 1981 novel into a film. The widely beloved coming-of-age author speaks with NPR's Audie Cornish about turning the book into a movie, and how the themes in Tiger Eyes echo her own life. 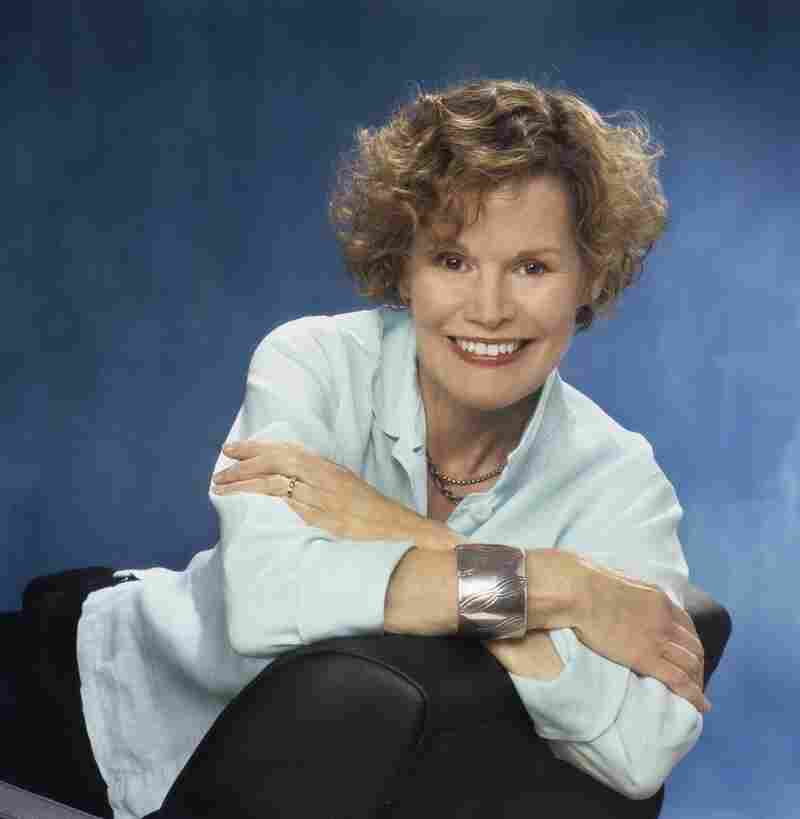 Judy Blume is the author of many books for kids and teens, including Are You There God? It's Me, Margaret, Tales of a Fourth Grade Nothing and Blubber. Her 1981 novel, Tiger Eyes, has just been adapted into a movie. Sigrid Estrada hide caption

Mention Judy Blume to almost any woman under a certain age and you're likely to get this reaction: Her face lights up, and she's transported back to her childhood self — curled up with a book she knows will speak directly to her anxieties about relationships, self-image and measuring up.

Now, Blume — the author of coming-of-age novels such as Are You There God? It's Me, Margaret; Then Again, Maybe I Won't; and Blubber — will reach a new generation of girls in a new medium. Up until now, her widely beloved books haven't been made into feature films. But Blume's son Lawrence Blume, a director, worked with his mother to adapt her 1981 novel, Tiger Eyes, for the big screen.

Judy Blume joins NPR's Audie Cornish to talk about Tiger Eyes' heroine, Davey, who deals with a lot more than just boy trouble. Her dad is shot and killed while minding his Atlantic City convenience store, and the plot follows Davey and her family as they cope in the aftermath of his death.

On the hard part of making Tiger Eyes into a film

"My son Larry, you know, has always wanted to make this into a movie, since he was 18; and it's taken 30 years, I think. And I have passion to do it, too, because we were going to work on it together. ... It wasn't difficult to get it made. Someone came to us with a budget. It wasn't a large budget, but it was enough to make this film, and that was not the difficult part. The difficult part was finding a distributor who saw something in it and believed in it." 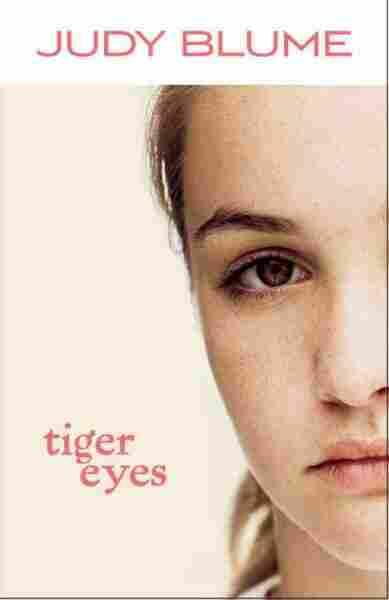 On who the movie is for

"It's funny because the distributors said, 'Well, we don't know how to market this. Do we market it to teenage girls? That's one way of marketing it. Or do we market it to your nostalgia readers? And we can't do both.' And I said, 'But that's the only way to do it,' because I couldn't pick one audience over the other."

On explaining the Judy Blume "brand" to film executives

"Larry made a fabulous little video for them called 'Who is Judy Blume?' and it's so funny. I wish I could share it with everyone. But he sent it out to the distributors. It's so funny. It's people, you know, saying 'Who is Judy Blume?' and they tell their story about reading me, whether it's Whoopi Goldberg or Joan Rivers or Chelsea Handler, who owes me big time for the title of her book Are You There, Vodka? It's Me, Chelsea? I mean, it's just a wonderful tape that I said to Larry, 'Save that and show it at my memorial service because it will make everyone laugh.' "

"When you're writing, you really don't know where your ideas are coming from. ... I was a girl who lost her beloved father suddenly. He wasn't shot and killed; he died of a heart attack. I was with him at the time. My mother lived 30 years after that and was never able to talk about that day. I learned very quickly that I couldn't say anything about it because it would just be so hard for her.

"My father was the parent who could talk to me — or wanted to talk to me, let's put it that way. You know, kids don't always make it easy. I mean a parent can say, 'I'm here for you if ever you want to talk about that,' but the child doesn't always take them up on it. "

On how writing her books affected her parenting

I think that all those kids who grew up on my books think that I must have been the world's greatest parent, and of course I wasn't.

"Well, I wish I could tell you that it all made me a better parent. I think that all those kids who grew up on my books think that I must have been the world's greatest parent, and of course I wasn't. I was as imperfect as any parent. And you get older, and you look back, and you see the mistakes that you made; and there's nothing that you can do except sometimes say to your kid, 'I'm really sorry about that.' But you have to move on, and I think ... we have to forgive ourselves for the mistakes we make, too — the mistakes that we make with our kids."

On how Are You There God? It's Me, Margaret would be different if it were set in 2013

"I live with techies. My husband is high-tech, my son is high-tech. I myself love to tweet. I don't know, you know? I would be writing a different book. So instead I've gone back to the '50s. I'm writing a novel now that takes place in the '50s. So I don't have to worry about any of that."