Accessibility links
The Speech Eisenhower Never Gave On The Normandy Invasion The Allied invasion of the French coast of Normandy took place this week in 1944. In case that highly risky invasion had failed, Gen. Dwight D. Eisenhower had drafted a speech taking full responsibility. Fortunately, he never had to deliver it. 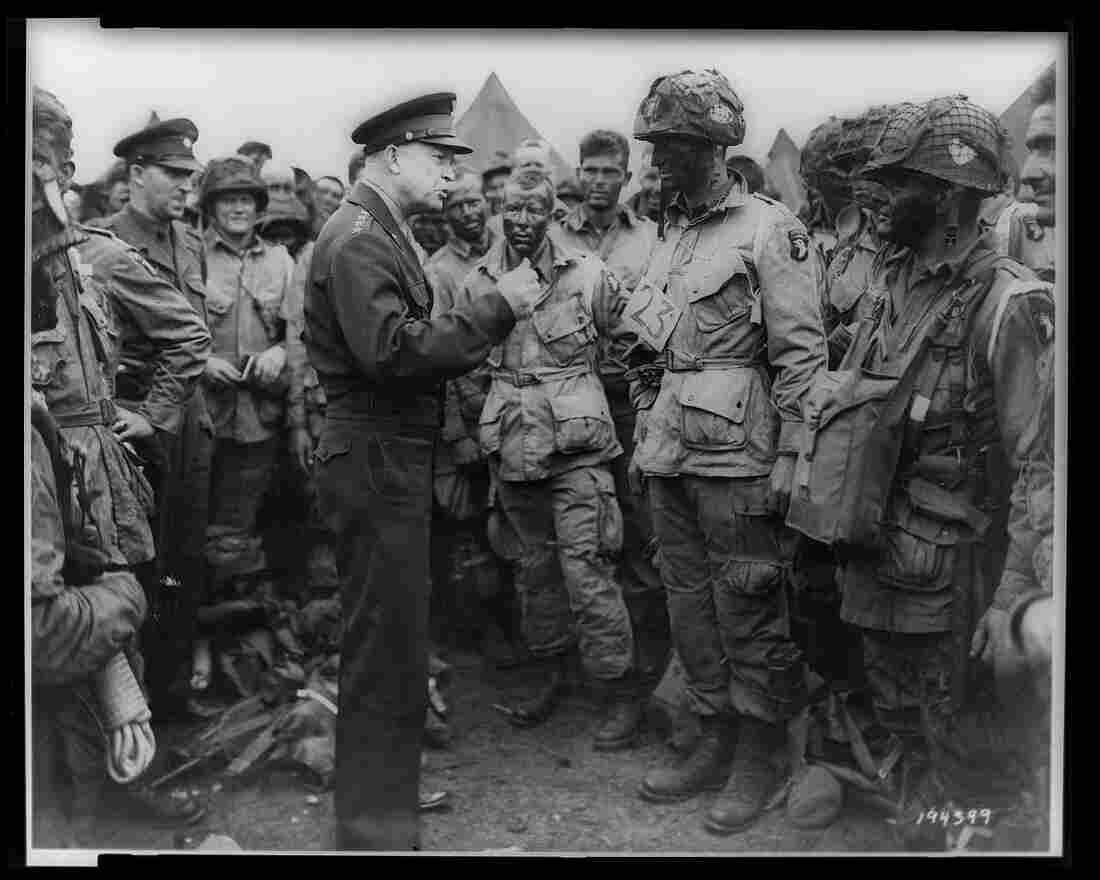 Gen. Dwight D. Eisenhower addresses American paratroopers in England on the evening of June 5, 1944, as they prepare for the Battle of Normandy. Library of Congress hide caption 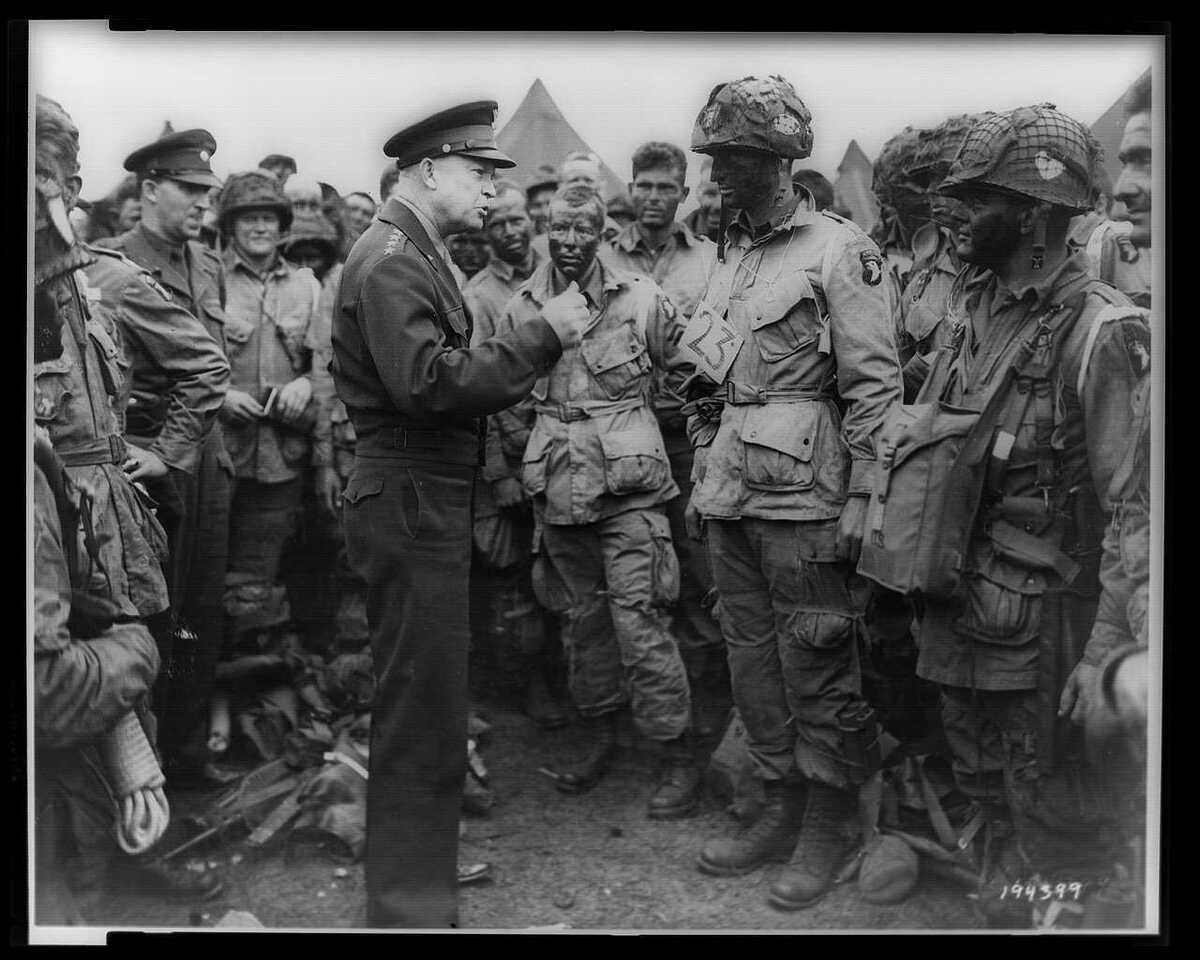 Gen. Dwight D. Eisenhower addresses American paratroopers in England on the evening of June 5, 1944, as they prepare for the Battle of Normandy.

The Allied invasion of Normandy took place this week in 1944. On the evening of June 5, the largest armada in history began to churn through heavy swells in the English Channel, and pink-cheeked young paratroops prepared to board airplanes that would fly through heavy gales to drop them in darkness on Occupied France.

The weather was so vicious, German generals were sure they could rule out any invasion — which convinced Gen. Dwight D. Eisenhower, the Supreme Allied Commander, that he could no longer keep 160,000 American, British and Canadian soldiers, sailors and fliers bottled up in ships and bases. "I don't like it," he told his generals, "but we have to go." 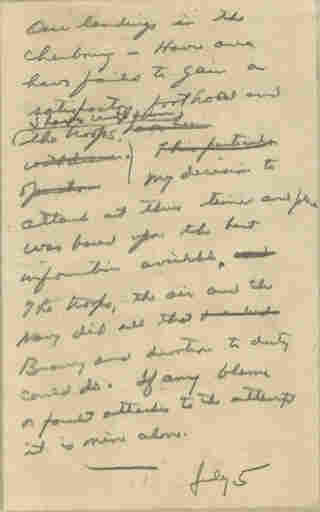 So Eisenhower paid his respects to U.S. and British paratroopers as they lined up to fly into battle that night. Their faces were smudged with ash, soot and tea for camouflage; their helmets sported twigs and leaves. It was a kind of dress-up that seemed to remind Ike, as he was known, how young were the men he was sending against a raging sea and scalding fire.

He told his driver, Kay Summersby, "I hope to God I'm right."

And that night in a drafty cottage, under the roar of wind and planes, Eisenhower penciled a note on a small pad in his tight, precise, hand that he would need to deliver if the invasion went wrong.

"Our landings in the Cherbourg-Havre area have failed to gain a satisfactory foothold and I have withdrawn the troops," Eisenhower wrote. "My decision to attack at this time and place was based upon the best information available. The troops, the air and the Navy did all that bravery and devotion to duty could do. If any blame or fault attaches to the attempt it is mine alone."

It's telling to see today where Eisenhower made changes in his note. He crossed out "This particular operation" to write "My decision to attack," which is emphatic and personal.

And he drew a long, strong line under "mine alone." When you see those words and that thick line on the note today, in the Eisenhower Library, you might feel some of the steel of a man who would so unflinchingly accept responsibility. Ike didn't try to camouflage failure in phrases like, "Mistakes were made," "Our projections were not met" or "I will say nothing pending investigation." He wrote, "any blame or fault ... is mine alone."

Dwight Eisenhower put the note into his wallet. The invasion succeeded, and although a lot of dying was ahead, his note never had to be used. But it revealed a character that was enduring.