Accessibility links
NSA Scandal Looms Over Obama's Talks With China's Xi The goal of the meeting between President Obama and Chinese President Xi Jinping is for the leaders of the world's largest economies to find common ground and build trust. But the summit threatens to be overshadowed by revelations about secret NSA surveillance programs. 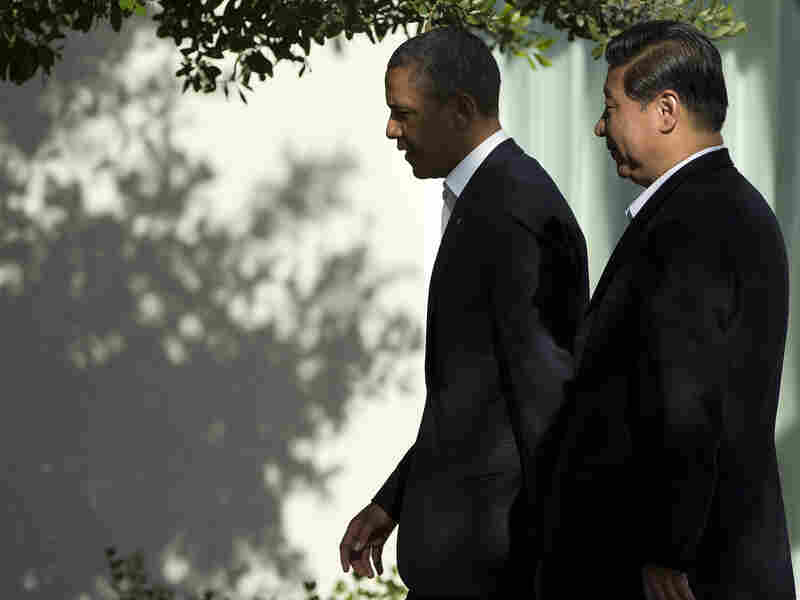 President Obama walks with Chinese President Xi Jinping at a retreat on Friday in Rancho Mirage, Calif., where the two leaders are meeting for talks. Evan Vucci/AP hide caption 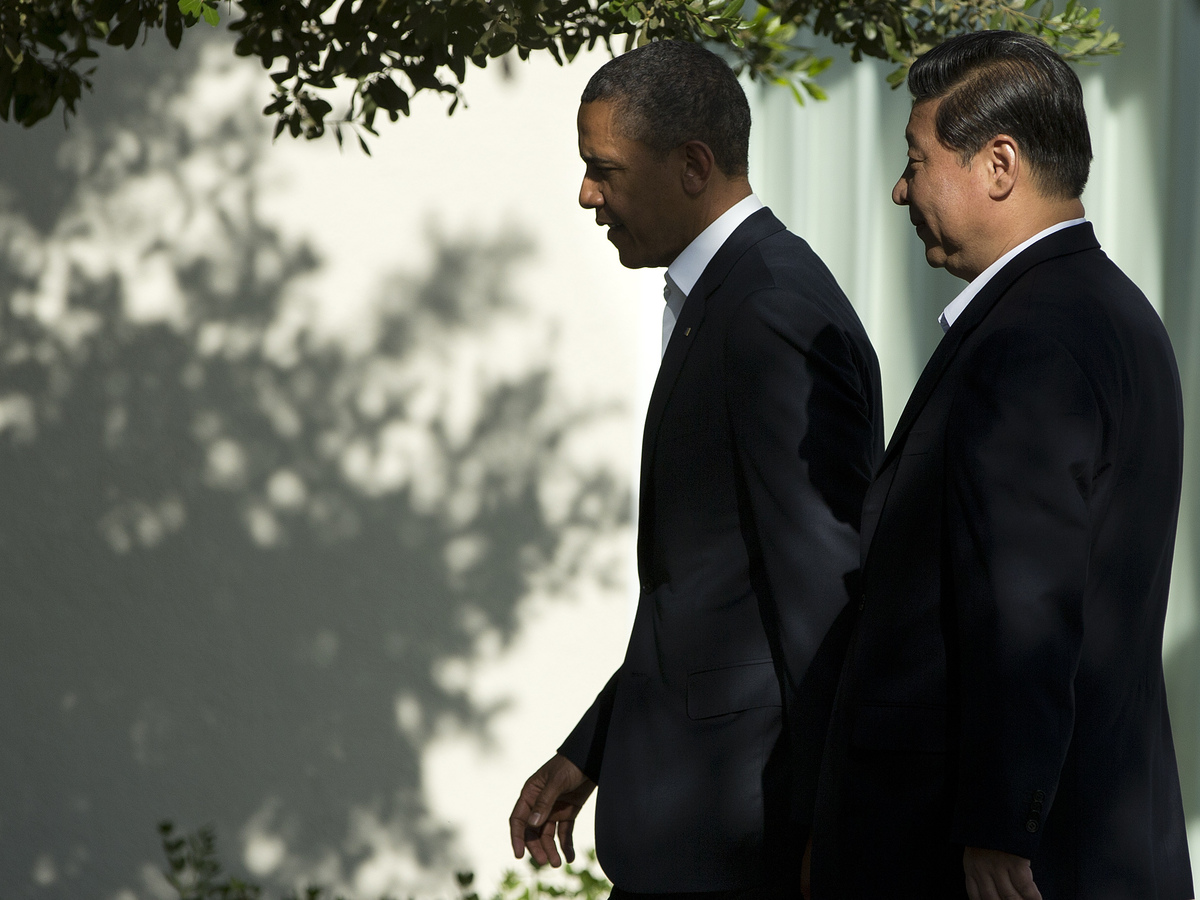 President Obama walks with Chinese President Xi Jinping at a retreat on Friday in Rancho Mirage, Calif., where the two leaders are meeting for talks.

President Obama always intended to talk about spying this weekend. But not like this.

He's getting to know China's new leader at a sprawling estate in the Southern California desert this weekend, but domestic controversies have followed him there.

The president veered off his talking points Friday to spend more than 10 minutes defending a pair of massive surveillance operations that the media recently disclosed.

One program gives the National Security Agency months of phone logs from Verizon. The other gives the government access to even more detailed information like photos and chat logs from internet giants including Google, Yahoo and Microsoft.

Some members of Obama's own party are now attacking him for overreaching, and civil liberties groups are comparing him unfavorably to President George W. Bush. So Obama was feeling the heat before he took off for Palm Springs.

Then he arrived in the desert, where the temperature hovered around 110 degrees.

"This is a wonderful place, a place of sunshine," said China's new president, Xi Jinping, through a translator.

He and Obama sat at a long table in open-collared shirts and dark suits, discussing what they both called a "new model" of cooperation between their countries.

Here's how Obama described his goals for the casual weekend summit:

"Our thought was that we would have the opportunity for a more extended, and more informal, conversation in which we were able to share both our visions for our respective countries and how we can forge a new model of cooperation between countries based on mutual interest and mutual respect."

As they work to find common ground, the U.S. and China are also wrestling with some major differences, from military disputes to global trade to cyber-espionage.

And that brings us back to the way Obama intended to discuss spying this weekend. Sitting across from Xi, he delicately alluded to American concerns that China is manipulating trade and sending hackers to infiltrate U.S. networks.

The men spent about three hours talking with aides in private. Then, just before a working dinner, they took two questions from the media.

A Chinese reporter asked the leaders to describe the main areas of conversation and consensus, while an American reporter pointedly asked whether Obama warned Xi that cyberhacking would have consequences.

"We haven't had yet in-depth discussions about the cybersecurity issue," Obama answered. "We've been speaking at the 40,000-foot level."

And on government surveillance of Americans, Obama said, Americans volunteer a lot of this information daily.

"You've got private companies that have a lot more data and and a lot more details about emails and phone calls than the federal government does," he said.

This American-Chinese diplomatic dance is unfolding at a 200-acre estate called Sunnylands, full of man-made lakes and a private golf course. Xi and his entourage are not sleeping in the guest rooms, though.

The Chinese delegation decided to stay at a hotel nearby out of fear that the U.S. might be spying on them — a decision they made before this week's disclosures about American surveillance.