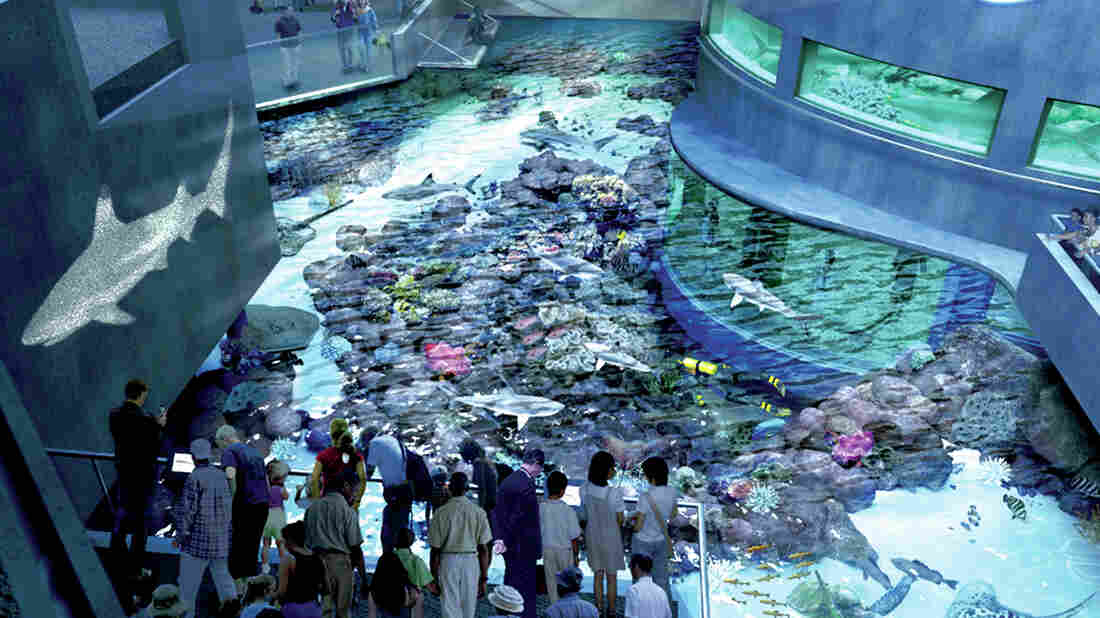 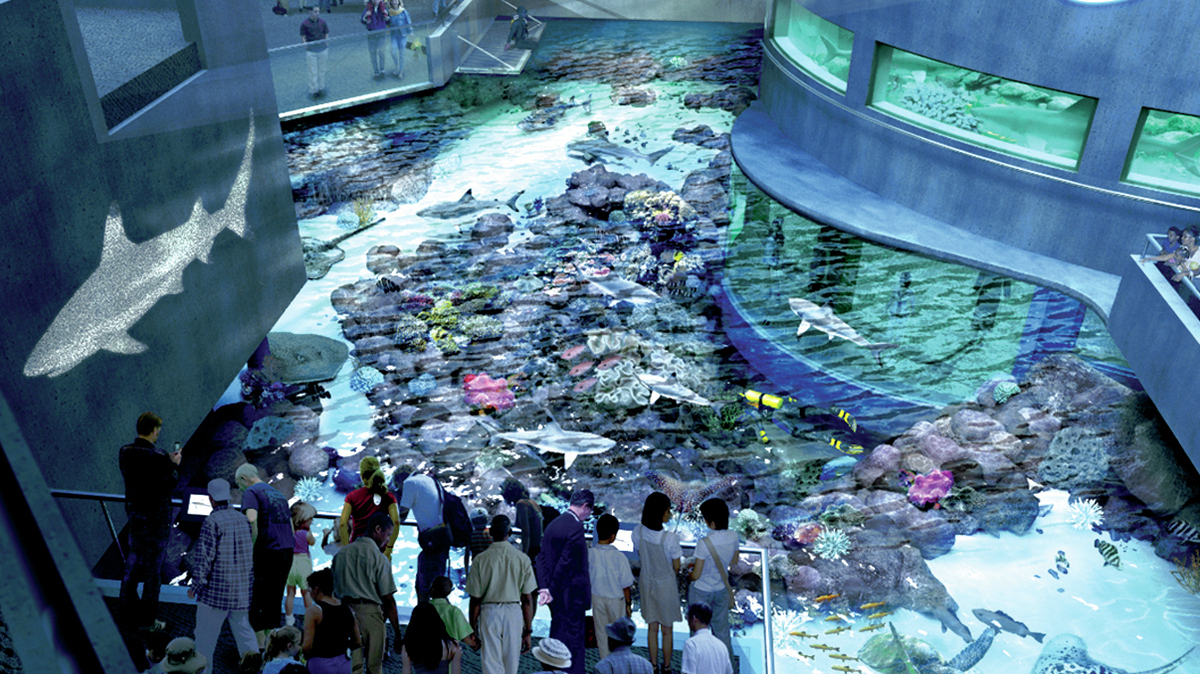 Courtesy of the National Aquarium

Most aquarium visitors are there to see sharks, sea turtles, fish and other marine life. But at the National Aquarium in Baltimore, there's another star attraction: Coral. 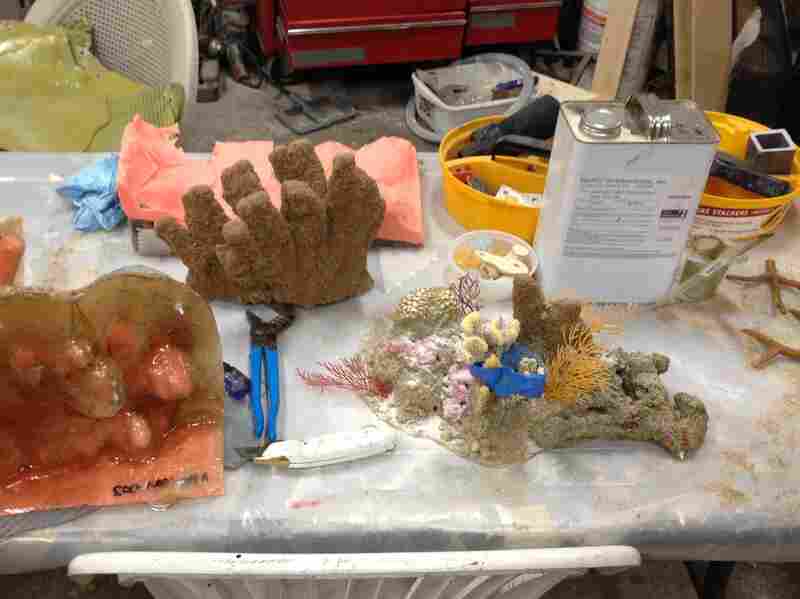 At the National Aquarium's fabrication shop, intricate reef life is made of fiberglass and polyester. Tess Vigeland/NPR hide caption 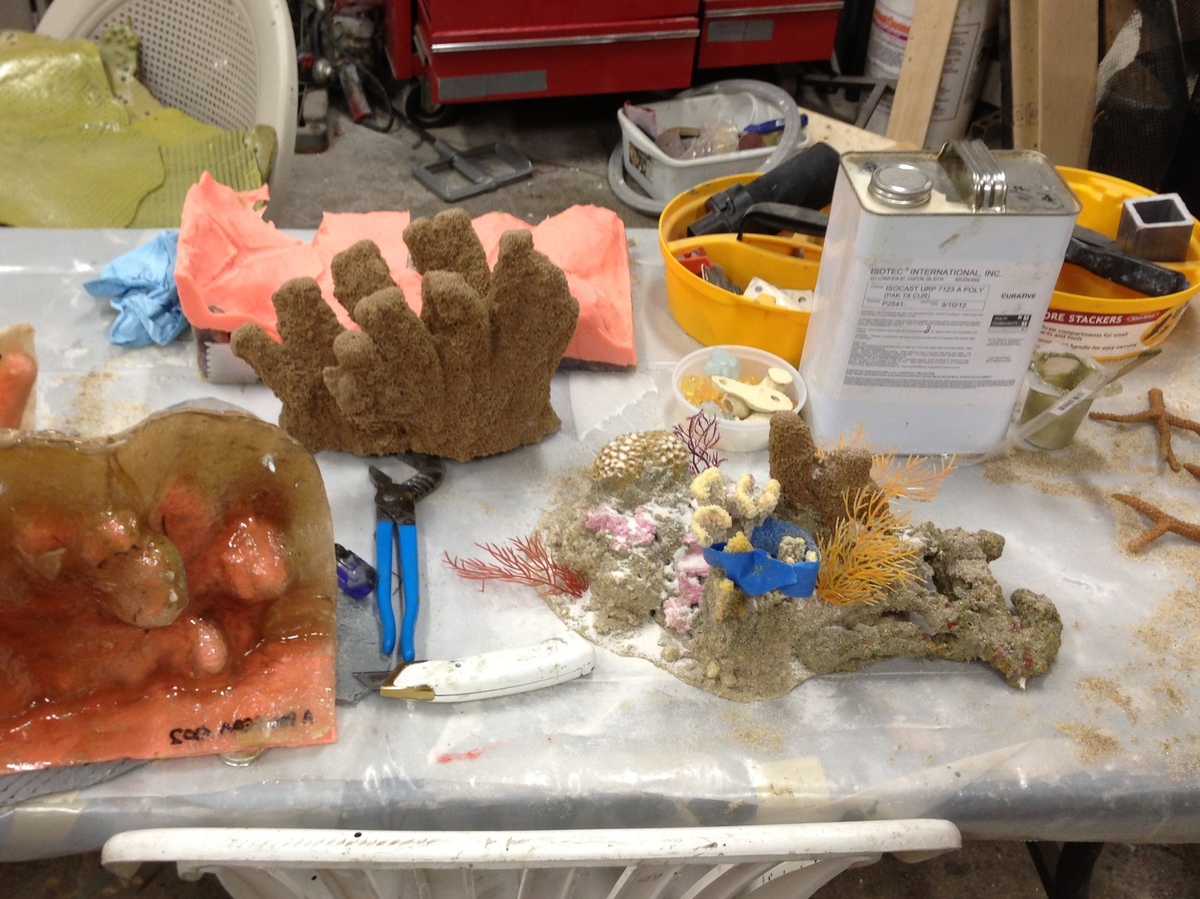 At the National Aquarium's fabrication shop, intricate reef life is made of fiberglass and polyester.

The Aquarium's Blacktip Reef exhibit will open later this summer, and give visitors a look at an Indo-Pacific coral reef. But curators can't just carve a chunk out of a wild reef to put in the vast tank, that would destroy the very ecosystem for which they hope to raise conservation awareness. And corals take hundreds of years to develop into a reef, so the aquarium can't grow its own in-house.

Which leaves only one option: Somebody has to make a fake reef, one that is realistic enough to convince visitors and marine life. At the National Aquarium, that task falls to Paul Valiquette, director of Fabrication in the Exhibits and Design Department, and his team of sculptors and scientists working out of a warehouse down the street from the aquarium.

"The coral rock is made by creating a form, basically a big fiberglass shell, and on that goes texture — gravel and sand — and it gets base painted with epoxy paint," says Valiquette. All the materials have to be durable enough to withstand years in corrosive salt water, but be flexible enough that they won't break like real coral would. 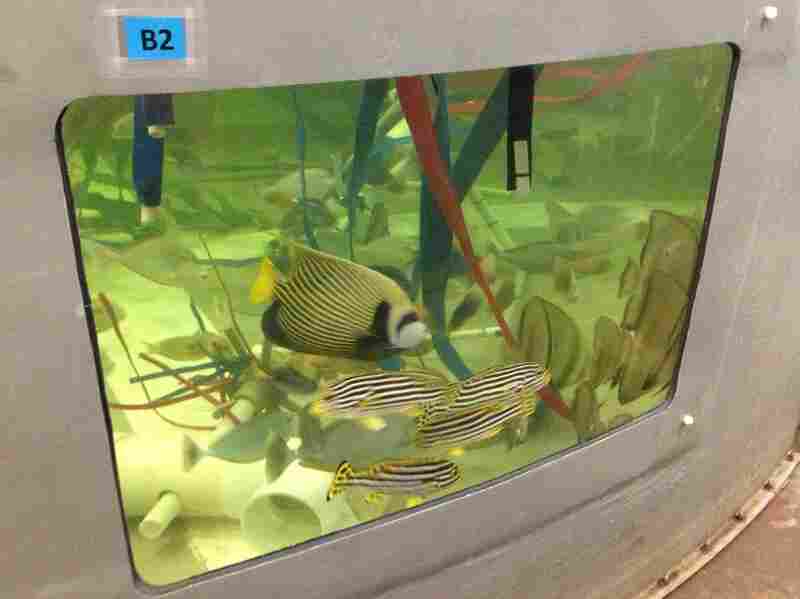 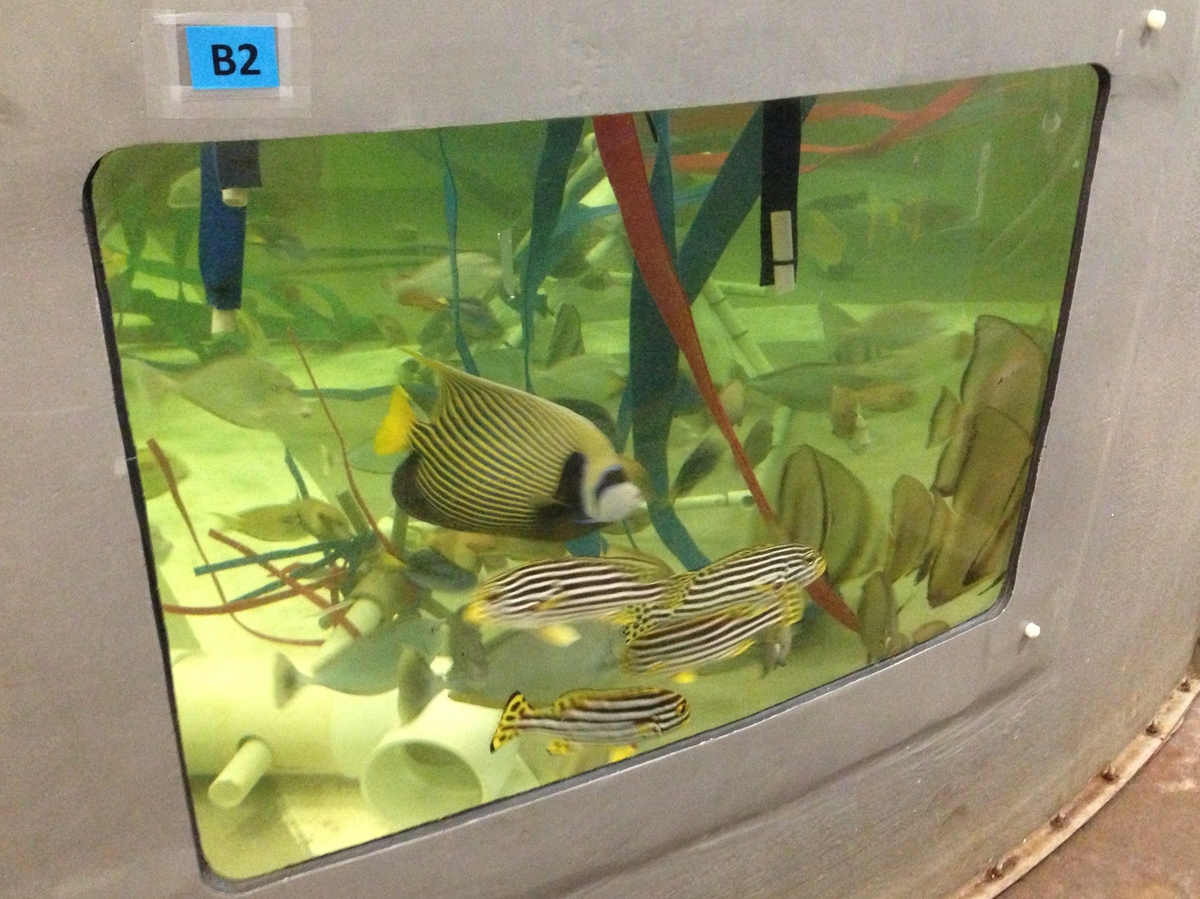 Fish wait for completion of their new reef home.

"Of course, nobody really makes stuff for making coral reefs, so a lot of it is cross technologies," Valiquette explains as he removes a rubber Stag-horn coral branch from a mold.

Back at the National Aquarium exhibit, the fake coral is arranged to form a comprehensive reef structure. The underwater viewing windows look out on three different environments: an underwater coral cave, an open reef and dense flats of small branching corals that a reef explorer would find closer to shore.

In the aquarium, everyone can see this fragile reef ecosystem — and it's shark and fish inhabitants — in a way that preserves the real Indo-Pacific reefs and the corals that create them.