Accessibility links
Lessons From Cicadas: A New Jersey Community's Experience A symphony of cicadas has moved up the East Coast. In Summit, N.J., as in other communities, residents find their own ways of living alongside the transient creatures that emerge after 17 years of hibernation. 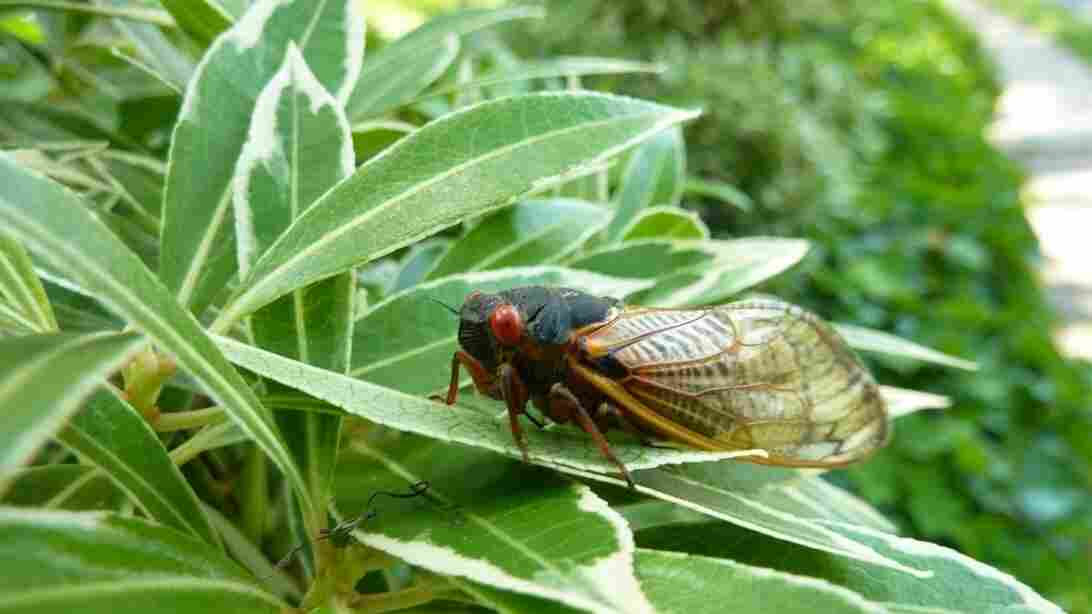 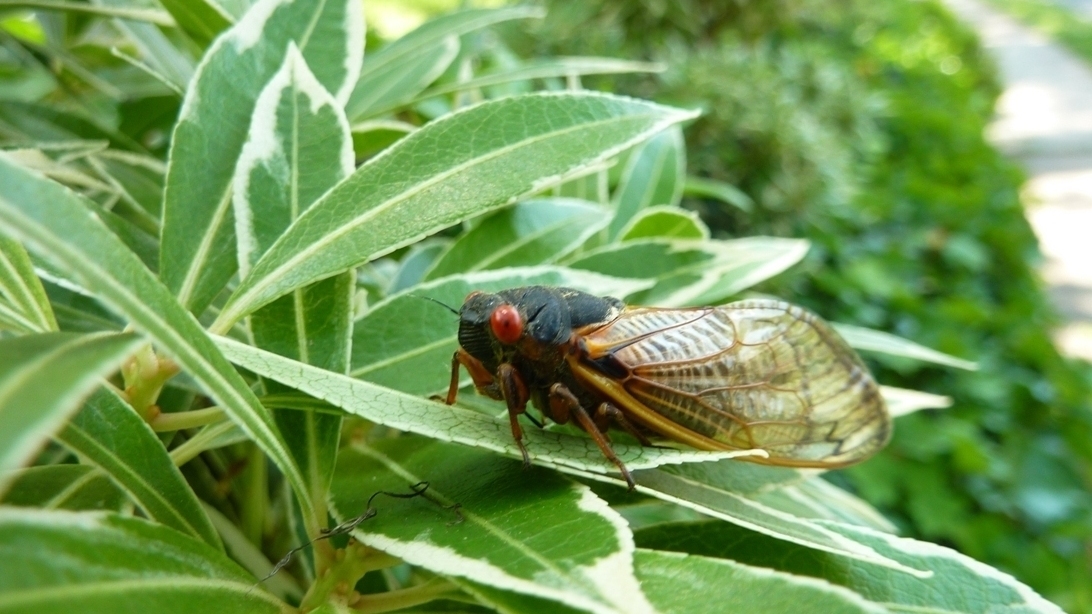 A member of Brood II alights on a New Jersey shrub.

Ten-year-old Markus Gokan has mixed feelings about the cicadas scattered around the yards and sidewalks of Summit, N.J.

Yet he's not afraid to touch and handle un-squashed cicadas — to serve a higher purpose.

After almost two decades underground, members of Brood II get down to the business of making sure the next Brood II emerges in 17 years. Fred Mogul/NPR hide caption

"I did pick up a few, and I threw them at some people I don't like," he explains.

They screamed, he says, so for him his mission was successful.

A symphony of cicadas has moved up the East Coast, with the constant hum in the treetops above and the crackling of carcasses underfoot.

Calla Duffield, a friend of Markus, isn't one of his victims, but she is more in the screaming camp when it comes to cicadas. The other day, she started to take her dog Rufus out into the yard — and then thought better of it.

"I was out barefoot," Calla says, "and I almost stepped on one, so I ran inside, and I made my brother take the dog out."

Calla, Markus and probably most kids from Georgia to Connecticut have been studying periodical cicadas in school. They can tell you all about Brood II, as this group is classified. Calla's mom, Hannele Rubin, shares the kids' enthusiasm.

"What other creature do you know of that goes into hibernation for 17 years and then comes out of the ground just to mate and die?" Rubin says.

Down the street, Allison Leba fires up the leaf blower a couple times a day to blow the carcasses off the patio. The emergence of the cicadas came as a bit of a relief. Before they arrived, her dog Bailey was shaking for days. Leba thought the 12-year-old terrier might be nearing his end, but on the morning they went to the vet, Bailey mysteriously calmed down.

"What it really was, we decided — the vet and I — was that it was the sound of the cicadas," she says. "She heard it before anyone else could hear it. She's fine now. She's adjusted to it, and she's happy."

Leba and others say the crimson-eyed critters and their otherworldly din are making them look at time differently.

"The cicada routine of every 17 years makes me think of my own mortality," Leba says. "So, as much as they're annoying, I think ... I'm grateful to see them, because God knows if I'll see them again in 17 years."